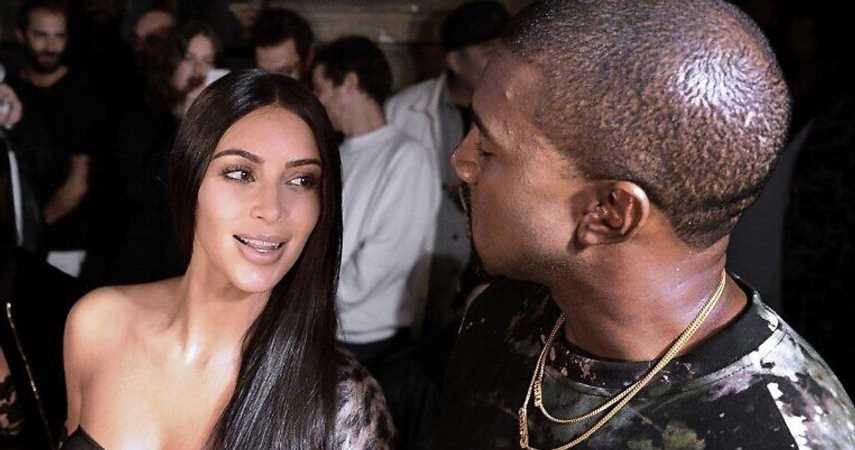 American television personality and entrepreneur Kim Kardashian and American producer, rapper, and fashion designer Kanye West appear to be talking again as they were spotted chatting at their son Saint’s flag football game held at SoFi Stadium on Saturday.

The former couple talking on the sidelines, just weeks after Page Six revealed the pair were only communicating through their assistants, pictures obtained by TMZ show.

RELATED: Kim Kardashian’s Hidden Hills Estate Back Onto The Market For $7 Million

At the Sunday game on October 9, 2022, Kim was put on the jumbotron at Sofi Stadium in Inglewood, California. The KKW Beauty founder blew a kiss to the camera and was largely booed by the crowd at the Los Angeles Rams’ home game against the Dallas Cowboys. She was at the game with her son, Saint West. The booing comes after her ex-husband Kanye West posted many harmful posts on his social media and consequently had his accounts restricted. In a recently deleted Tweet uncovered by CNN, Kanye tweeted on Saturday, October 8, 2022, “going death con 3 [sic] On JEWISH PEOPLE,” and also, “You guys have toyed with me and tried to black ball anyone whoever opposes your agenda.” His account was restricted by Twitter for violating the rules and will be locked for an undisclosed amount of time.

On early Monday, October 10, 2022, Ye posted a documentary called “last week.” The 30-minute documentary includes an insight into Kanye’s personal and business life. The documentary shows a brief reunion between Kim and Kanye at their daughter North’s basketball game. It’s not known what the co-parents were talking about since the audio was out during the segment. On the Alo Mind podcast, Kanye revealed that Kim got their kids a majority of the time. “Even to this day, I’ll still give Kim advice on things that can help, because that’s gonna go to the kids. She’s still got [them] 80% of the time— raise those children.” Kanye and Kim are set to have their custody hearing in December 2022 for their four children together: North, 8, Saint, 6, Chicago, 4, and Psalm, 3, according to Stylecaster.

Kim recently reacted to Kanye’s “White Lives Matter” shirt controversy. “Kim is not surprised by Kanye decision to wear that on his shirt and thinks that he is, once again, trying to get attention,” a source dished to Hollywood Life. “She knows that he loves to start controversy and she is not even feeding into this. Sure, she thinks that he is making a horrible choice and that the message is very offensive to so many.” Kanye was a huge supporter of the Black Lives Matter movement in 2020. He not only marched in protests, but also donated $2 million to the families of George Floyd, Ahmaud Arbery, and Breonna Taylor. “Kim knows how much support Kanye gave to the Black Lives Matter movement,” the source added and said she was “utterly confused” by his choice to wear such a shirt.

The proud parents looked relaxed while speaking to each other on the field — a stark contrast from the state of their relationship just last month.

Sources close to the pair told us West had crossed a line with the mother of his four kids, after he wore a “White Lives Matter” shirt and subsequently went on an anti-Semitic tirade, per Page Six.

“They have had zero communication in several weeks, and all communication regarding the kids’ schedules are now coordinated through assistants,” the insider said.

“She has had enough of his conspiracy theories, bullying and hateful rhetoric,” the source continued, noting Kardashian was “very upset” by West’s behavior.

The Skims founder even condemned her ex’s “hate speech” publicly last month, writing on social media, “I stand together with the Jewish community and call on the terrible violence and hateful rhetoric towards them to come to an immediate end.”

A second source added, “In the past, when Kanye would spiral and destroy everything in his path, Kim would be the person everyone would call to get him help or be the only one who could get him to snap out of his dark mental state.”

However, the insider claimed Kardashian felt “it was best to end the marriage when she realized she could no longer help someone that didn’t want to be helped.”

Along with their kids North and Saint, 6, the pair also continue to co-parent Chicago, 4, and Psalm, 3.