As many Kardashian fans are already fully aware, True Thompson has definitely inherited her mom’s penchant for being super photogenic. As Cosmopolitan noted, Khloé Kardashian and True had their first official photoshoot together. To make the mother-daughter moment even more special, the photoshoot was for the Revenge Body star’s Good American line.

Kardashian took to her Instagram Story Wednesday night, March 13, to share some videos from baby True’s first official photoshoot with her. And it goes without saying that the pair brought the cuteness during the shoot. The Keeping Up With the Kardashians star first addressed her followers in a video in which she said, while holding her daughter, "Who is at their first photoshoot with Mama?" She then started up a fun chant for True, who was loving her mom’s silliness, "Good American, baby True, Good American, baby True!"

Kardashian then posted a clip of the photoshoot in action, with the pair posing in front of her refrigerator, which provided a casual and low-key setting for True’s first turn as a model. The reality star captioned the video with, "She’s a star," in reference to her daughter, who wore a white dress and a flower crown for the snaps. Kardashian’s definitely right, baby True is a total natural when it comes to posing for the camera. Like mother, like daughter. 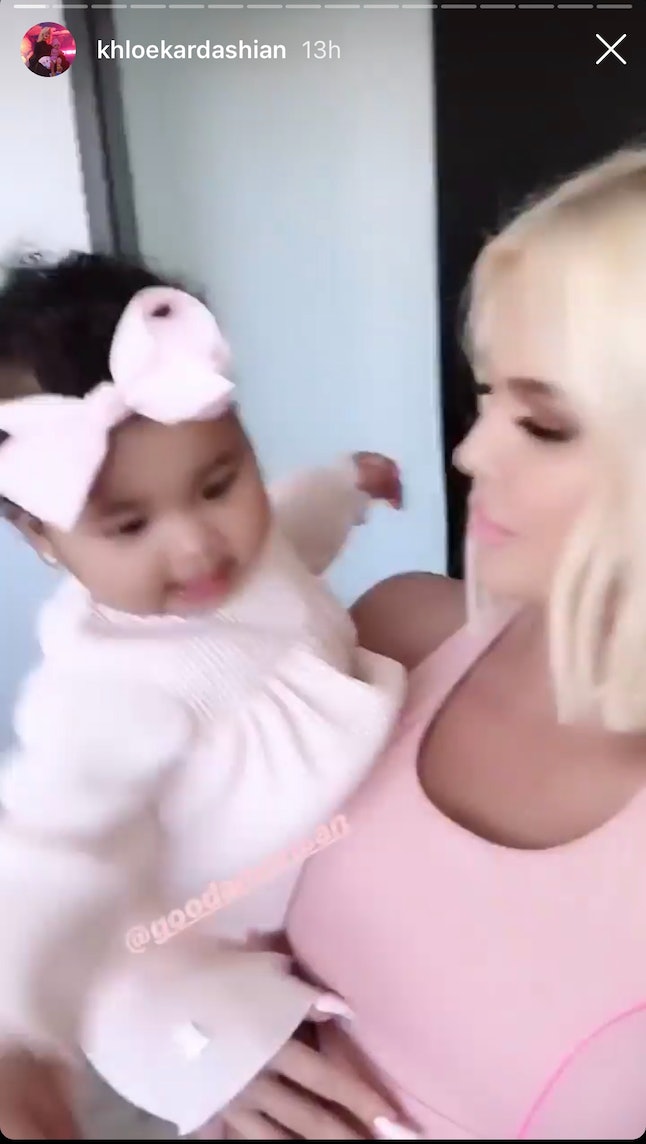 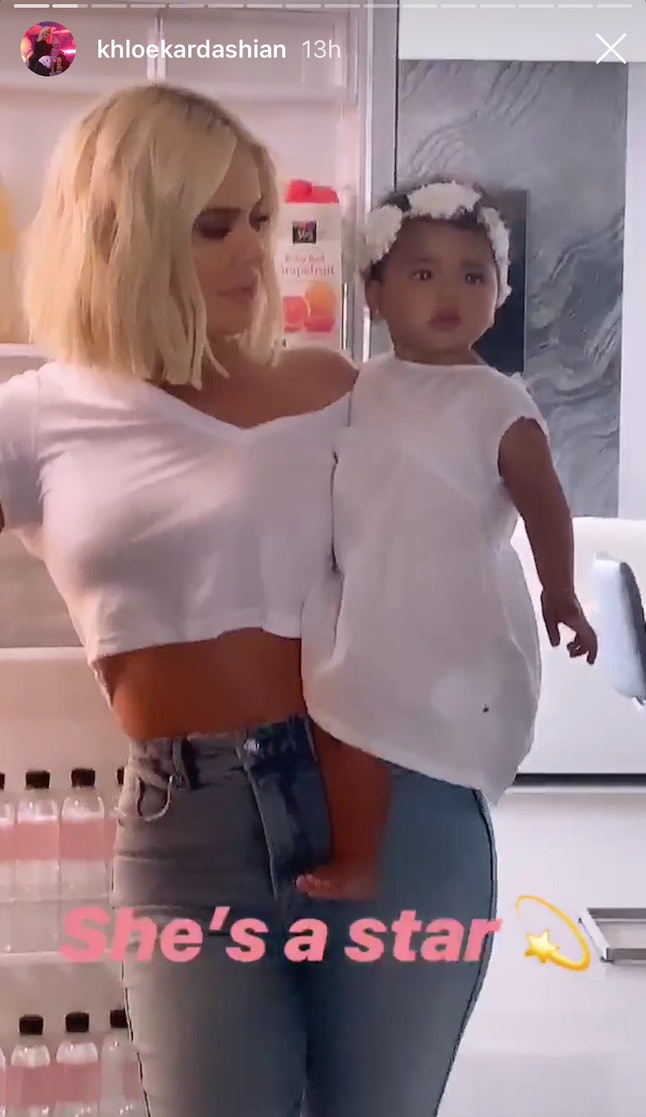 It was incredibly special to see that True’s first official photoshoot was for Kardashian’s Good American brand, particularly because the reality star has been outspoken about how much she hopes her work with the company will inspire her daughter. In an interview with ELLE in August 2018, Kardashian was asked about the brand’s focus on body positivity and how she’ll help True develop body positivity in the future. She said:

She added, "Whatever size or body shape my daughter has, I want her to be proud of it."

Kardashian continued to explain to ELLE just how much it means to her that her daughter will be able to see so much diversity in the Good American brand:

Not only will True be able to see this amongst the Good American visuals, but she’ll now also be able to see snaps featuring herself posing for the brand. And that just makes their recent photoshoot all the more special.

If you follow Kardashian on social media, you would know that True is already one of the most photogenic babies in town. Now, with her recent starring turn as a Good American model, she’s already well on her way to dominating the official modeling scene, just like her famous mama.