Kelly Ripa's daughter Lola Consuelos revealed how she really feels about her mom's clapbacks and those "thirst trap" photos of Mark Consuelos. 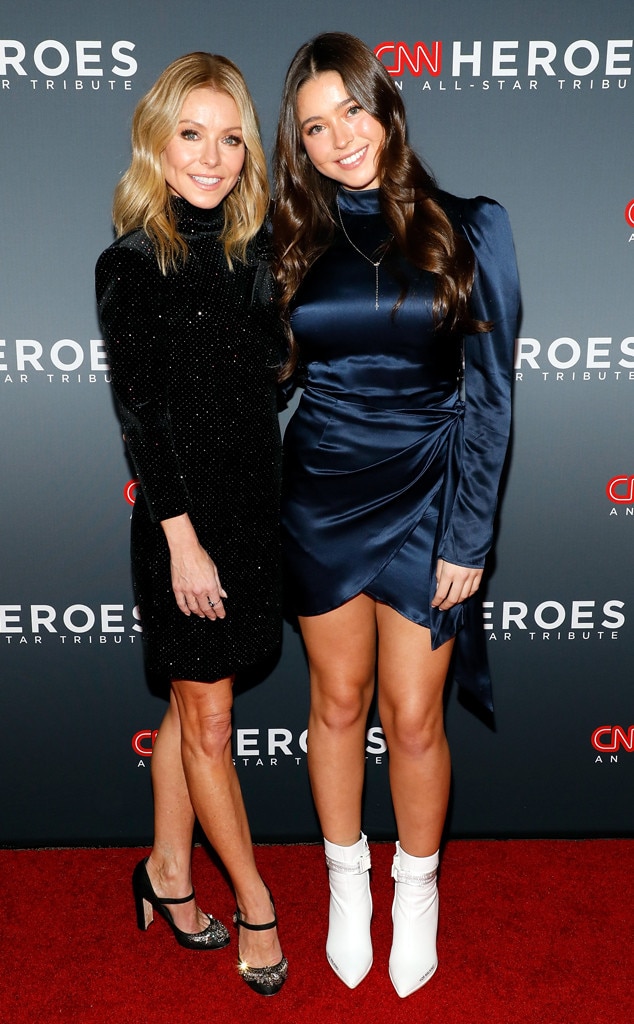 Ever wish your parents didn't share something on social media? You're not alone.

Lola Consuelos revealed the types of posts she'd rather not see on mom Kelly Ripa's Instagram feed in a video for People's inaugural family issue.

The topic came up after the mother-daughter duo discussed the Live With Kelly and Ryan host's clapbacks at her followers, with the 19-year-old student noting she'd never respond to the haters.

While Lola understood the argument, she insisted her mom shouldn't give them the time of day, claiming "these people are sitting at home wishing they were you." Still, Kelly saw her relationship with her trolls differently.

"I think my haters and I have a healthy relationship with each other," she said. "I think that it's a give-and-take. Because I think that the people I clap back to are very clever; they're usually very funny; I usually get a good chuckle out of it. Then, they deserve the little pepper."

However, Lola claimed, "Irrelevant people should stay out of our lives."

This wasn't the only social media no-no on Lola's list. She also called her mom's "belfie," or butt selfie, "ridiculous." Although, Kelly thought her daughter would have for sure told her not to post "thirst trap pictures" of Mark Consuelos.

"That's disgusting," Lola replied. "I blocked that out of my mind. I forgot that you even did that."

Of course, Lola has a lot of love for her mom.

"I admire so much about you," the aspiring singer said, "but I really admire how you've raised me to be a confident and hardworking woman. And I feel like you've taught me the importance of growing up as a woman in this world. I have an amazing example in front of my eyes of what a hardworking, amazing woman is."

Needless to say, Kelly is proud of her daughter, too.

"The most beautiful thing about you is your heart," she told Lola. "You are seriously the kindest person I've ever met. You're good to your grandparents. You're good to your parents. Lola is the kind of person that is kind when nobody's looking, when 'it doesn't matter.' Whether or not she's kind to a random stranger on the street, she just cares about people enormously."

To read the full issue—which also includes interviews with Mark and sons Michael Consuelos, 23, and Joaquin Consuelos, 17—check out the family issue of People.