KELLOG'S has cut the size of its cereal boxes by 70g, yet the prices have remained the same.

A standard pack of Corn Flakes now weighs 720g, down from 790g, but it still comes with the same RRP (recommended retail price) of £2.69. 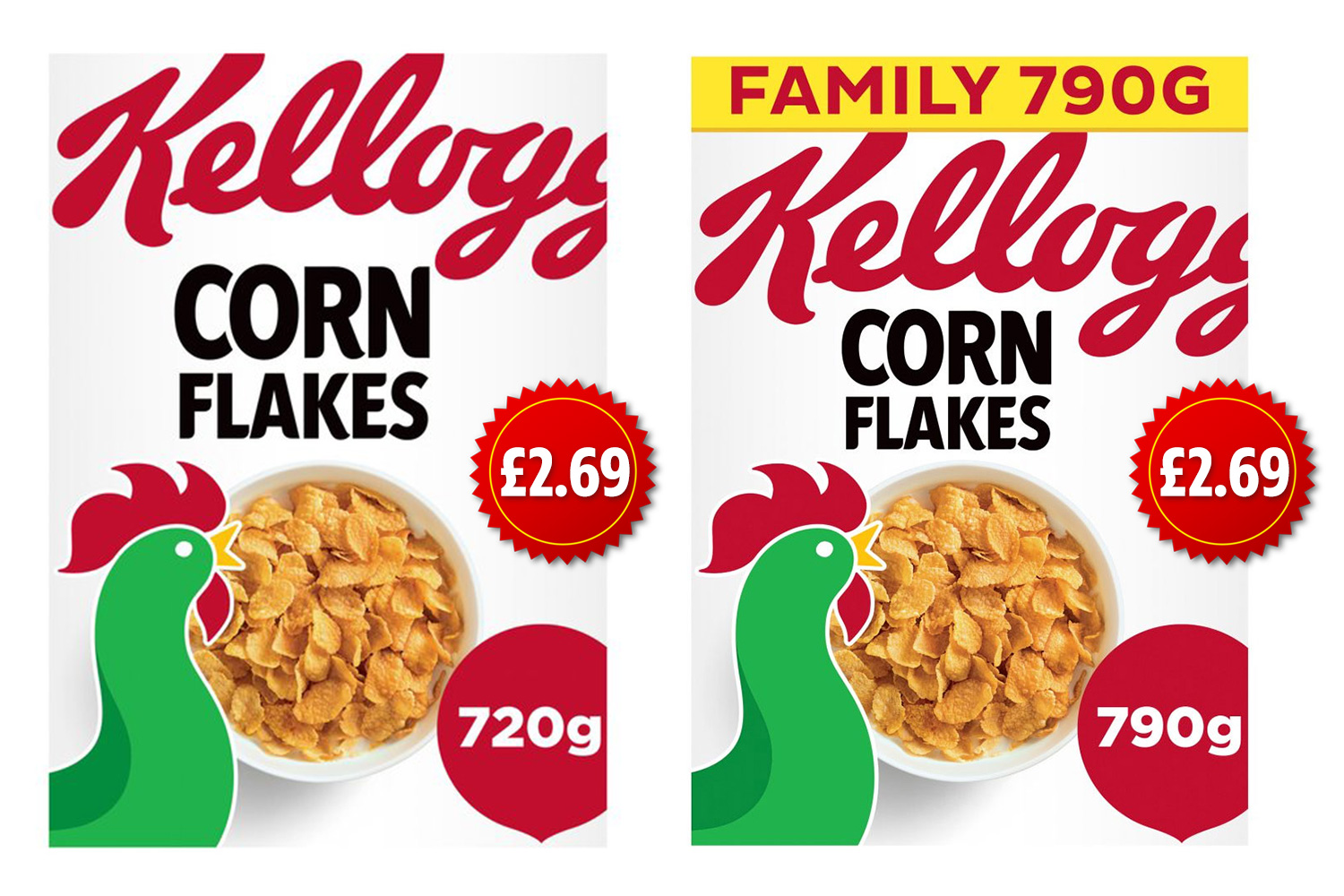 This is also the price that most of the major supermarkets in the UK are selling the boxes for, excluding offers, according to data by price comparison website Mysupermarket.co.uk.

It is yet another example of shrinkflation – the phenomenon which has seen thousands of products get smaller in the last seven years while their prices remain unchanged.

In fact, between 2015 and 2017 more than 206 products shrunk in size while the prices stayed the same, according to an earlier study by the Office for National Statistics (ONS).

The ONS said shrinkflation often comes due to operational and material cost rises.

Meanwhile, Kellogg's said it has shrunk the size of its cereal boxes to reduce overfilling and the content becoming crushed.

A spokesperson told The Sun: "Kellogg’s Corn Flakes has decreased from 790g to 720g because these boxes were overfilled, causing quality issues.

"Supermarket shelf prices are set by the retailers."

The food manufacturer added that it has increased the size of its Crunchy Nut cereal boxes from 750g to 840g. Yet its RRP has also risen from £3.79 to £3.99.

HERE are some of the biggest brand names that have shrunk products in the last few years:

Creme Egg Multi-Packs – In 2015, the packs shrunk from six eggs to five

But cereal isn't the only food item which has shrunk recently.

Packets of crisps have shrunk or soared in price after last year's heatwave caused a potato shortage, according to experts.

We also exclusively revealed in January that Mini Eggs have shrunk in size with the price staying the same.

Other Easter eggs have shrunk too, including a Twirl egg.