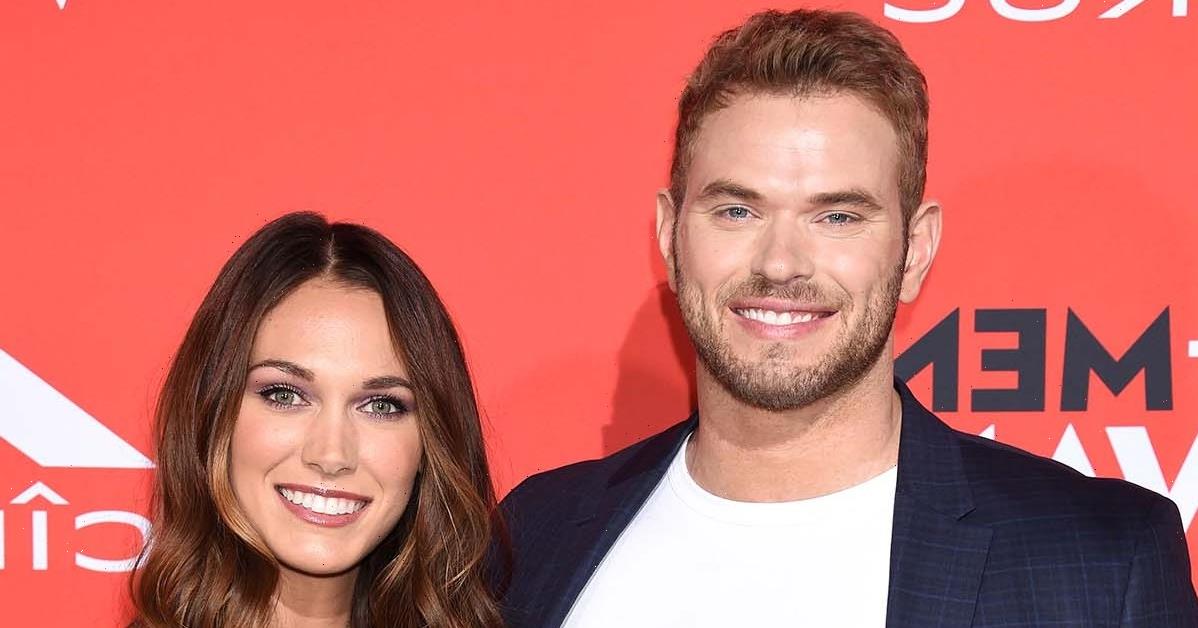 “We are in love and soaking up all the baby cuddles,” the pair shared via Instagram on Monday, August 15. “Ashtyn loves her baby brother, Koda is the sweetest, most gentle dog big sis ever, and mama and baby are doing well. This big boy eats around the clock and is gearing up to be built like Hercules like his daddy 🤪. Thanks for all the love and prayers! We are SO blessed and in love and can’t believe that God has given us another precious gift!”

Alongside photos of the newborn, the new parents also noted that he was born a 8:52 a.m., weighing in at 8 pounds and 11 ounces and measuring 21.5 inches long.

Lutz, 37, first met Gonzales, 34, in 2016 while filming 7 Guardians of the Tomb and the couple quickly became inseparable.

The actor announced in October 2017 that the pair were engaged. They got married the following month in a quiet ceremony, later breaking the news via their Instagram accounts. “Thanksgiving by far is my most favorite holiday of all. I try to live a lifestyle of gratitude and appreciate everyone and everything I have every day,” Lutz captioned his announcement picture showing him and Gonzales holding passports with ‘Mr.’ and ‘Mrs’ on them. “This year has been the best year of them all and I am extremely thankful and grateful to go on all of life’s adventures with my best friend and dream wife!!! Proverbs 18:22! Thank you God! I LOVE YOU SO MUCH @brittanybg. Happy Thanksgiving Everyone!!!”

In November 2019, Gonzales revealed via Instagram that the pair were expecting their first child, a daughter, in 2020. However, the couple tragically lost the child to stillbirth six months later. “This has, without a doubt, been the hardest season of my life,” Gonzales wrote on her Instagram. “It feels as though within one day we went from a season that felt like a warm summer day, to the most frigid, windiest, iciest, day ever recorded.”

The couple went on to welcome daughter Ashtyn Lilly Lutz in February 2021. “The day she came into the world it was snowing, raining, and freezing,” Gonzales wrote via Instagram at the time. “But that night she was born and we woke up to sun, clear skies, and winter melting away. It was so symbolic considering this time last year was literally winter for our souls only to be met one year later with the brightest sunshine. She ushered in a new season for us and we love her beyond comprehension.”

In February, they’d go on to reveal they were expanding their brood again — this time with a baby boy.

Twilight’s Cullen Family: Where Are They Now?

“It feels kind of silly making an ‘announcement’ but ever since we lost our first daughter 2 years ago, whenever I go dark for any length of time people get really nervous that something bad has happened,” the actress expressed in an Instagram post. “So here is me giving a heads up that nothing bad is going on but that I am going to take a break from this platform so I won’t be here for a while.”

Lutz, best known for his role as hunky vampire Emmett Cullen in the Twilight Saga franchise, has also appeared in Experimenter, Nightmare on Elm Street, The Legend of Hercules and more. His most recent film Come Out Fighting is set for release later this year.