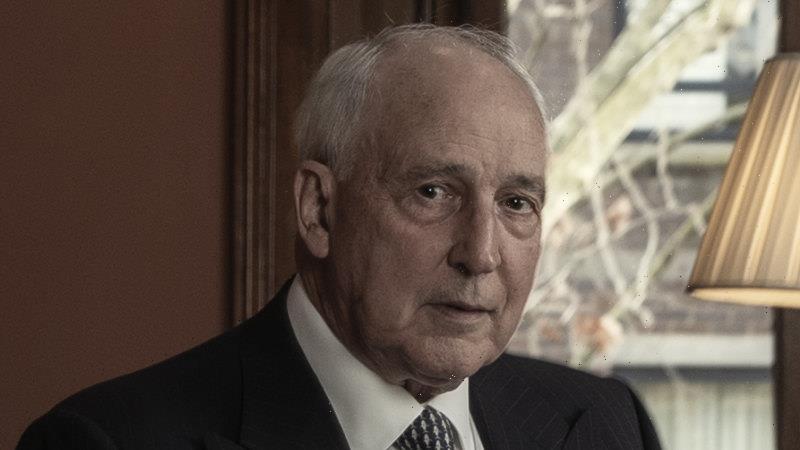 Former prime minister Paul Keating has escalated his attack on the new AUKUS security partnership unveiled by the Morrison government, unleashing fury on his own side for supporting the deal and characterising it as the “surrender” of Australia’s control of its military.

In a no-holds-barred statement, the former Labor leader said Prime Minister Scott Morrison has led Australia away from the Asian century and back towards a “jaded and faded Anglosphere”, with the current ALP leadership “complicit in [a] historic backslide”. 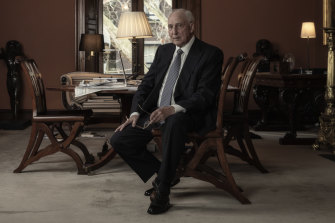 Mr Keating takes particular aim at Labor’s foreign affairs spokeswoman Senator Penny Wong, saying that in her five years in the role she has “by her muted complicity with the government’s foreign policy and posture… neutered Labor’s traditional stance as to Australia’s right to strategic autonomy”.

“Instead Wong went along with the stance of [former coalition foreign minister] Julie Bishop and [current foreign minister] Marise Payne … and did it with licence provided by Bill Shorten as leader, and now, Anthony Albanese”.

Mr Keating’s furious broadside comes amid worsening diplomatic fallout from the AUKUS announcement, which saw Australia dump its $90 billion contract to acquire conventionally powered submarines from France in favour of a new, trilateral “security partnership” with the UK and the US which would provide the Royal Australian Navy with eight nuclear-powered submarines, at an as-yet-unknown cost.

Mr Morrison hailed the pact, unveiled to a surprised world on September 16, as a means of fostering deeper integration of Australian, US and UK security interests in the Indo-Pacific, along with enhanced access to a range of cutting-edge defence technologies and munitions. 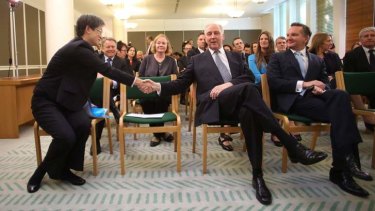 Mr Keating was critical of Senator Penny Wong’s position of support for the agreement. Credit:Andrew Meares

But the move infuriated France, which was given only a few hours’ notice of the decision, and led to Malaysia and Indonesia publicly worrying about a new arms race in the region.

Mr Keating, who served as a member of the international advisory board of the China Development Bank, (alongside, at one stage, the former US secretary of state Henry Kissinger), has long championed Australia forging its own destiny in Asia.

He accused Mr Morrison of “shopping” Australia’s sovereignty by “locking the country and its military forces into the force structure of the United States” through the planned nuclear submarine acquisition.

“It takes a monster level of incompetence to forfeit military control of one’s own state”, he said, “but this is what Scott Morrison and his government have managed to do”

While acknowledging a “more aggressive international posture” on the part of the current Chinese regime, he asserted that “by determinedly casting China as an enemy… [the government is] creating an enemy where none exists.”

Mr Keating’s intervention will be deeply discomfiting to Labor, which initially hailed the AUKUS announcement an affirmation of “what Labor has been calling for: deeper partnerships with allied and aligned nations to build a region which is stable, prosperous and respectful of sovereignty”. Opposition Leader Anthony Albanese said Labor would insist on transparency around costs, an assurance that the deal would not lead to a domestic civil nuclear industry and a boost in local jobs.

However, as the diplomatic fallout builds, Senator Wong has become more critical of Mr Morrison’s handling of the deal, saying it has been done with “insufficient regard to… how this positions Australia with other partners.”