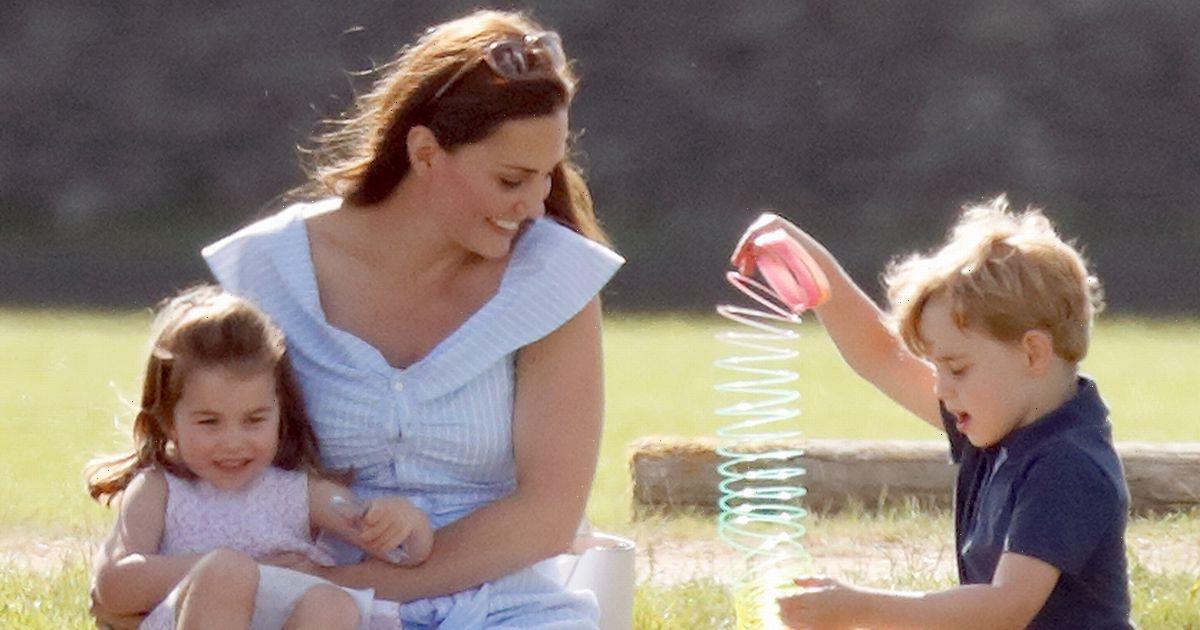 Kate Middleton reportedly turned to the Queen for advice after welcoming her first son, Prince George.

While on Royalty TV's Kate Middleton: Heir We Go Again, a royal expert revealed: "Kate was having a conversation with the Queen in which she confided that she had found being with George on her own, and not having a full-time nanny or a maternity nurse, very hard."

After George was born, Kate and Prince William, both 39, didn't have help with their young son while living in Wales.

Then, after moving into their Norfolk residence, the couple hired their nanny Maria Borallo, who is still their nanny today, taking care of Prince George, Princess Charlotte and Prince Louis.

Kate also spoke about parenthood challenges in 2020, while at a centre for parents and children in Cardiff.

At the time, Kate said: "I was chatting to some of the mums. It was the first year and I’d just had George — William was still working with search and rescue — and we came up here and I had a tiny, tiny baby in the middle of Anglesey.

“It was so isolated, so cut off. I didn’t have any family around, and he was doing night shifts.

Most awkward Royal wardrobe malfunction's including Kate and Meghan moments

Maria, who isn't allowed to say a certain word to the young royals, is often spotted with Kate and William, and she was pictured in the back of the car to be on-hand at the Queen’s annual Christmas lunch a couple of years ago.

She was also spotted comforting one of the bridesmaids at Meghan and Harry’s wedding.

Maria is a graduate of the prestigious Norland College and students here are trained in traditional child rearing skills as well as cooking and sewing techniques.

Of the college, royal commentator Victoria Murphy told ABC News: “The nannies are taught everything from defensive driving to security issues to how to care for a future king or queen.”

Graduates from the college, which pupils study at for three years, wear brown uniforms, and members of the Royal Family, including Princess Anne, have hired nannies from Norland College in the past.

According to People, Princess Charlotte has been learning Spanish from her nanny, and Kate has previously revealed that George knows the basics of the language to.

Maria made her first public appearance with the family when Will and Kate brought Prince George on their tour of Australia and New Zealand when he was a baby.