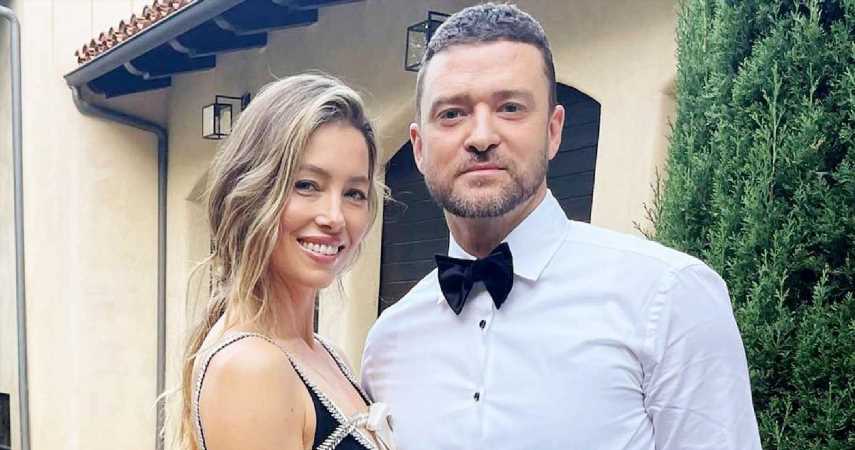 Justin Timberlake and Jessica Biel had a lavish wedding ceremony when they tied the knot in 2012. They apparently enjoyed their nuptials so much, they went back to Italy to renew their vows this summer in an equally stunning celebration.

Last week, Jessica posted a tribute to her husband on their 10th anniversary where she revealed they hosted another wedding a few months ago.

“Being married to you is the adventure of a lifetime!” the actress wrote alongside a series of images of the two of them. “Run it back, baby. RUN IT BACK. I love you.”

For the vow renewal, Jessica wrote a ruffled, white skirt paired with a simple shirt and black belt. The look was designed by Giambattista Valli, the same designer who made her pink wedding dress for her 2012 nuptials.

Justin also posted a touching tribute to his wife on Instagram in honor of their milestone.

“10 years ain’t enough! You make me a better husband and father every day! I love you so much you beautiful human! Run it back!” he wrote along a slideshow of photos of them.

It’s unknow how much the couple spent on their most recent wedding, but it may have been a multi-million dollar celebration, if their first ceremony was an indication.

Back in 2012, it was reported Justin and Jessica spent over $6.5 million on the Italian wedding, which took place at the Borgo Egnazia resort in the southern Italian city of Fasano.

“It’s definitely a lot,” Bridal Bar founder Harmony Walton told E! News at the time. “Especially if this is an intimate affair, which it is rumored to be. However, with celebrity destination weddings in places like Italy, there are things that come into play that can jump a wedding budget dramatically.”

She continued, “If they’ve booked out a whole hotel — and chances are, they have — they’re probably footing the bill for all of their guests.”

Similarly, a source told Celebuzz that the guests were in the dark about the wedding itinerary until they arrived in Italy (which included a dazzling, 10-minute fireworks display).

“Guests flew out on Monday and landed in Frankfurt with no further instructions,” the source said. “Upon their arrival, they were all given itineraries and tickets to the south of Italy, where the wedding festivities will take place.”

It’s safe to say Justin and Jessica likely spent a pretty penny to recreate their Italian wedding this summer.