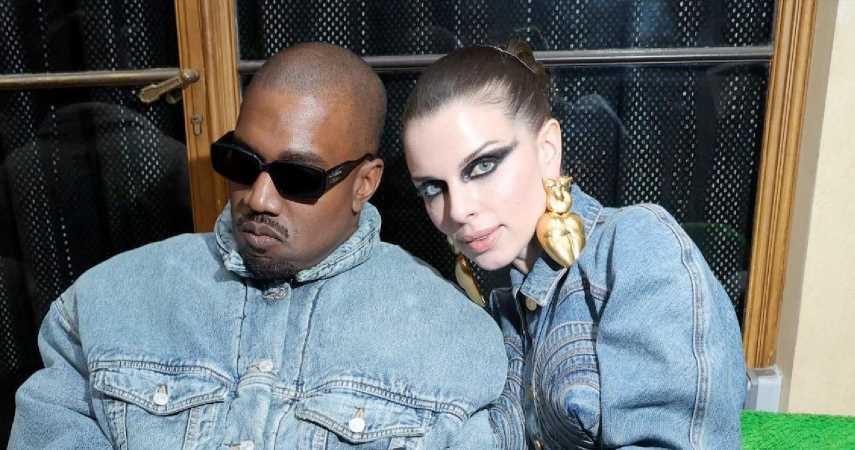 Earlier this month, Julia Fox admitted she dates billionaires because she likes using them for their money. But now, the actress revealed that Kanye West’s wealth wasn’t enough to make her stick around, as she claims to have broken things off at the first sight of a red flag.

Speaking to EW Magazine, Julia denied she used their relationship for publicity and insists he was the one to reach out to her first. “He got my number through a mutual friend, period,” she told the publication.

RELATED: Got $5 Million? Kim Kardashian’s Hollywood Hills Home Could Be Yours

The Uncut Gems star denied their relationship was ever serious, rather explaining they took it ‘day by day” to see “where it went.” After a while, however, Julia said she realized the relationship wasn’t going anywhere.

“Real life set in and the lifestyle wasn’t sustainable,” she explained. “I couldn’t fly away once a week. And I tapped out at the first sign of a red flag.”

When asked what she meant by “red flag,” the actress hinted that it may have something to do with Kanye’s divorce from Kim Kardashian, which hadn’t been granted during his short relationship with Julia.

Ye was also making a variety of controversial statements on social media, even vowing to win Kim back, despite dating other people himself. Kanye continues to post confusing messages online about his employees and family.

“The unresolved issues that he was dealing with,” Julia continued. “It just seems like he had a lot to work on, and I just don’t have time for it, or energy. I don’t have the bandwidth or emotional capacity for it.”

The mother-of-one described herself as “proud” of leaving Kanye when she did.

Last week, Julia took to social media to address why she largely dates billionaires. The actress surprisingly shared that she doesn’t think they should exist and should at least be giving their wealth back into society. Thus, Julia explained she doesn’t feel guilty dating them for their fortune.

“Money coming into a billionaire should go right back into the community that made them rich,” she said. “That’s how I feel about billionaires, they should not exist.”

The actress has an estimated net worth of $30 million. Though she admits to having a thing for billionaires, Kanye’s reported $2 billion fortune wasn’t enough to make her stay in light of his controversial behavior.