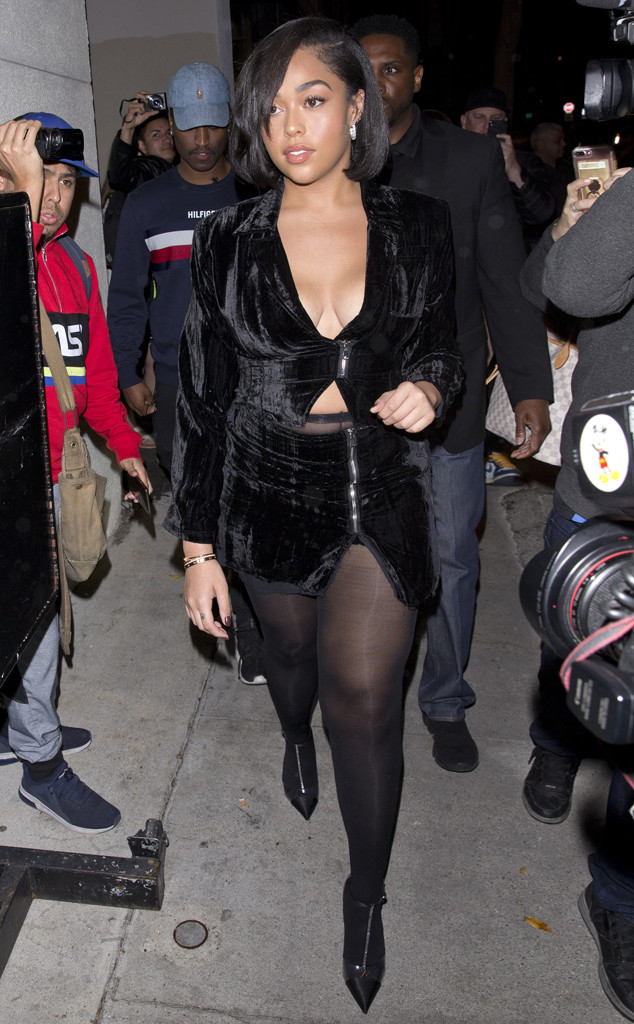 Jordyn Woods is making her comeback to the L.A. party scene, a month after the Kardashian-Jenner family cut ties with her over an intimate encounter with Khloe Kardashian‘s now-ex, Tristan Thompson.

The 21-year-old social media influencer was photographed on a night out in West Hollywood on Friday, outside the celeb-favorite Craig’s restaurant. She was all smiles as a mob of paparazzi snapped pics and video of her and took selfies with fans. She wore a plunging cropped black velvet blazer over a matching mini skirt, black tights and black boots.

Jordyn later posted on her Instagram page a photo of herself posing inside the restaurant.

Jordyn has rarely been seen in public since it was reported in February that Tristan had cheated on Khloe with her, which spurred the two to break up and the reality star’s family to cut personal and business ties with Jordyn. Days later, she appeared at a West Hollywood event celebrating the launch of her lash collaboration with Eylure.

On March 1, Jordyn talked about the scandal in a pretaped interview on family friend Jada Pinkett Smith‘s Facebook Watch series Red Table Talk. She said she did not sleep with Tristan but said he did kiss her on the lips at a party at his house, adding she was drunk at the time. She said she apologized to Khloe, who in turn called her a liar. Khloe later angrily blamed Jordyn for breaking up her family, then reversed her stance and said it was Tristan’s fault.

As for the NBA star, he had tweeted a denial about the cheating allegations when they were first made public, then deleted the tweet.

Jordyn had taken a short break from social media after the scandal erupted, then returned two weeks ago and debuted a new hairstyle to her some 9.6 million followers. Her popularity has grown since the scandal.

On Thursday, she announced on Instagram she plans on visiting London next week to promot her Eylure X Jordyn Woods Lashes collection. 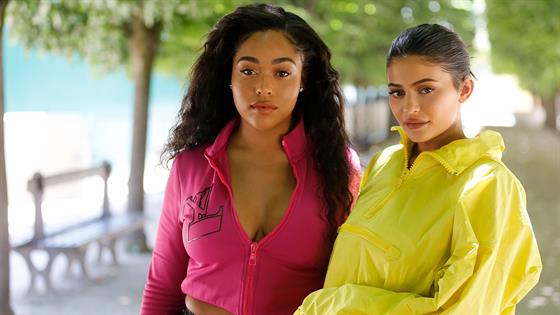 Kylie has moved on since the scandal. She was spotted out with other friends in West Hollywood last week.

“She feels like she has finally got her groove back after all the drama she has endured recently, and is happy to have nights out with her friends,” a source close to Kylie told E! News at the time. “She’s really been leaning on her team and a few close friends for support now that she doesn’t have Jordyn around.”

“Kylie is over the whole drama with Jordyn,” another source said this week. “She doesn’t need Jordyn as much as she thought she did.”