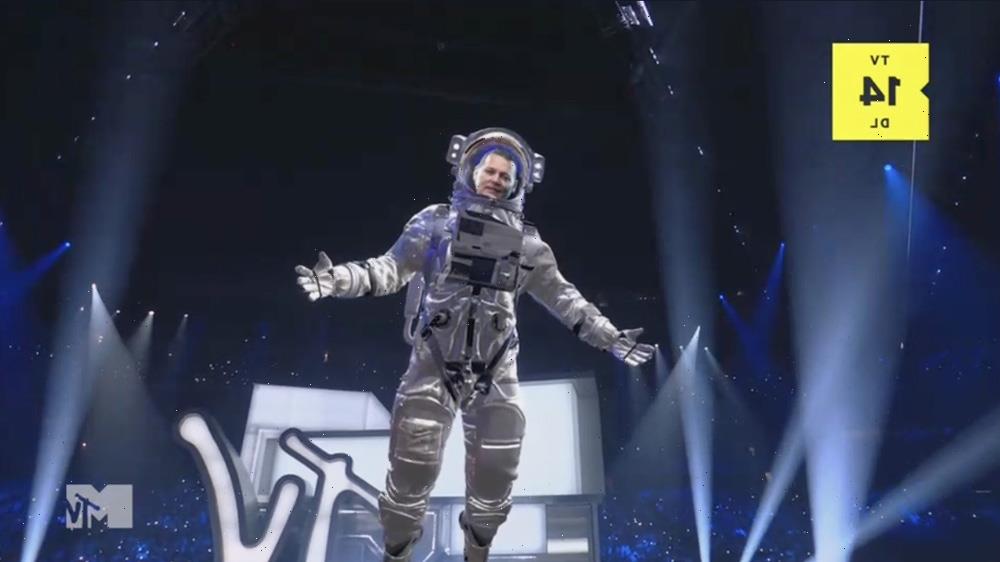 Johnny Depp made an appearance at this year’s MTV VMAs as the Moon Person, popping in for a few one-liners as the awards show returned from commercial breaks.

Though Depp was not at the VMAs in his physical form, his face appeared in the helmet of a Moon Person floating above the stage. “I just want you guys to know that I’m available for birthdays, bar mitzvahs, bat mitzvahs, weddings, wakes, any old thing you need,” Depp said in a pre-taped clip that he posted to his Instagram.

“Hey VMAs, let’s get back to the fucking music, shall we?” he said in another appearance after a commercial break, though his f-bomb was bleeped out for the broadcast.

Although Depp wasn’t nominated for any awards this year, he has taken home five Moon People in the past — including awards for best male performance, best villain, global superstar and the generation award.

Depp’s appearance comes just a few months after his controversial and highly publicized defamation trial against ex-wife Amber Heard. The jury found that Heard had defamed Depp in her 2018 Washington Post opinion piece, which alluded to being a victim of domestic violence. However, the jury also found that Depp defamed Heard, through his attorney, while fighting back against her charges.

Since the June verdict, Depp has been attempting to restart his career in both film and music. In July, after joining Jeff Beck for multiple live performances, Depp and Beck released their joint 13-track album entitled “18.”

Most recently, it was announced that Depp is set to direct a movie for the first time in a quarter of a century. The actor will be working from behind the camera for “Modigliani,” a biographical drama about Italian artist Amedeo Modigliani. Al Pacino is producing the film along with Barry Navidi. Depp is also starring as the controversial King Louis XV in French filmmaker Maïwenn’s upcoming film “Jeanne du Barry,” a historical romance drama about a royal’s concubine. The film will be Depp’s first major acting role since the 2020 independent film “Minamata,” in which he played war photographer W. Eugene Smith.