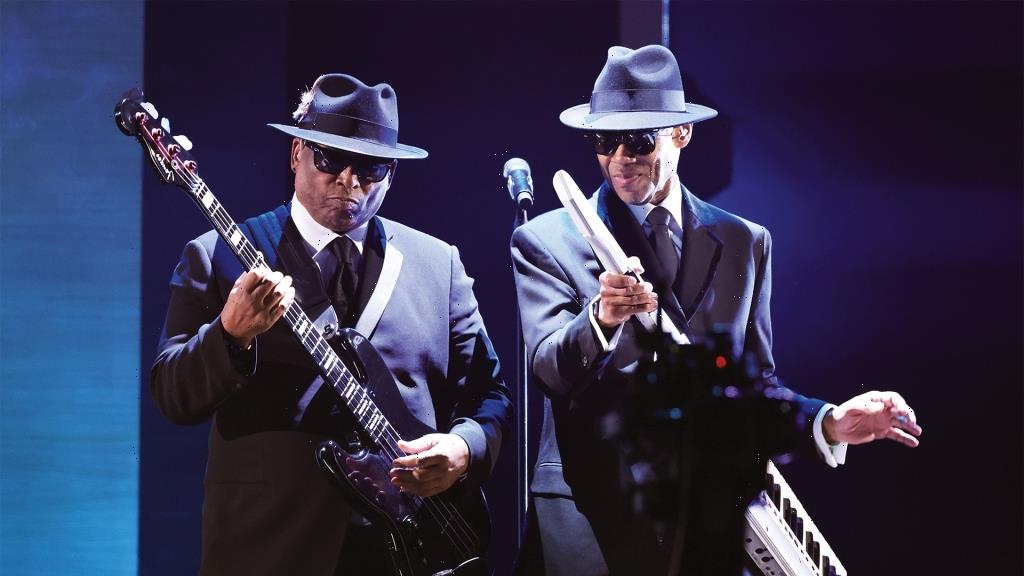 “Terry [Lewis] and I started writing together when we were teenagers,” Jimmy Jam told me in 2020. “He grew up loving the funk; [me], loving harmony groups America, Seals and Crofts, the Carpenters. When we would get together, he would bring this funky track; I’d put this pretty melody on top of it.”

With that recipe, they amassed more Billboard No. 1s than any songwriting and production team in history, along with five Grammys and 11 producer of the year nominations, plus Academy Award and Emmy nods. And preceding this year’s induction into the Rock Hall, Jam and Lewis were welcomed into the Songwriters Hall of Fame in 2017.

Their journey began in 1983, when they were fired (Lewis prefers “freed”) from Minneapolis funk legends the Time by high school friend Prince after they’d missed a show (they got snowed in while producing the SOS Band classic “Just Be Good to Me”). Fortunately, I got to see them on the Triple Threat tour with Prince and Vanity 6 in Cincinnati a few months earlier.

After that fateful change in employment, Jam and Lewis went to work with other legends — Michael Jackson, Luther Vandross, George Michael, Gwen Stefani and Kanye West — earning 100 gold, platinum, multi-platinum and diamond albums. However, it’s their historic collaboration with Janet Jackson, which kicked off with her 1986 album “Control,” that was game-changing for all involved.

“Our analogy has always been making a suit for somebody,” says Jam, whom I’m proud to call a co-worker as host of “The Jimmy Jam Show” on Sirius XM Volume. “You can go to a clothing store and buy a suit off the rack, or you go to a tailor and look at the fabric, pick the color, how many buttons — that suit is custom-made for you. [We’re the] tailors with music, tailoring each song to the artist.”