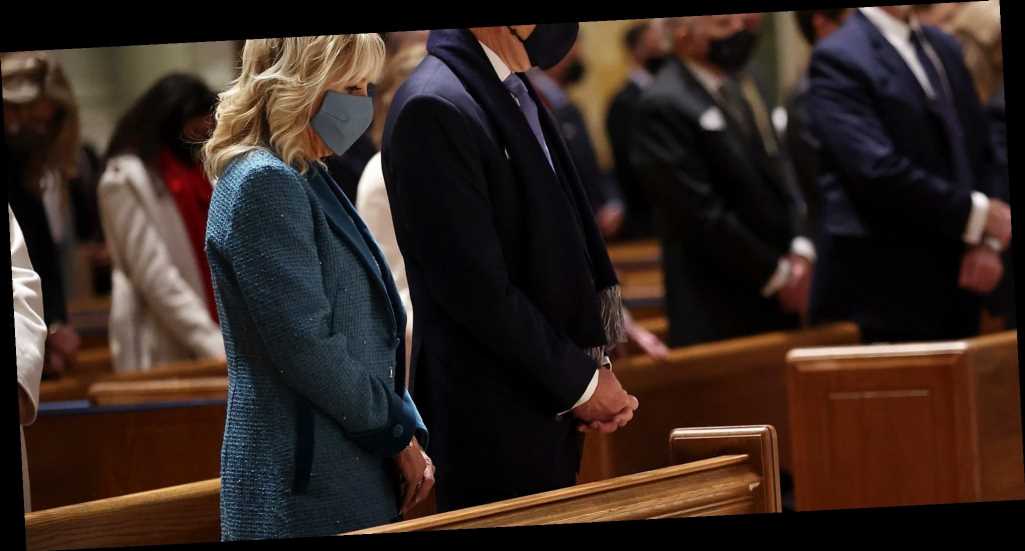 Despite the turmoil of the last month — an attempted coup, and subsequent second impeachment for Donald Trump — we made it to Inauguration Day. Joe Biden will be sworn in as the President of the United States at 12 p.m. and his wife, Dr. Jill Biden, will assume the role of the First Lady.

Dr. Biden ushered in a new era in the White House wearing a tweed ocean blue jacket and matching mask by N.Y.C. based up-and-coming designer Alexandra O'Neill of Markarian. In a similar way that Michelle Obama did with Jason Wu and others during her time as the first lady, Dr. Biden's Inauguration outfit may signal her intention to use her style to highlight American designers who are still breaking through in fashion.

O'Neill launched her brand Markarian in New York City in 2017. She's known for her playful dresses and tops, which often include sequins and feathery details. She told Who What Wear in 2018, "I've always been drawn to all things celestial, so I launched Markarian combining all those interests."

Dr. Biden's purposeful choice is attire comes as no surprise to those who have been paying attention. Since the beginning of the campaign, Dr. Biden has made some very strategic sartorial choices, including a pair of Stuart Weitzman "VOTE" boots that she wore to, well, vote.

The first lady has said that she plans to keep her job as a teacher during her time in the White House. If this is still the case, it would make her the first-ever FLOTUS to do so.