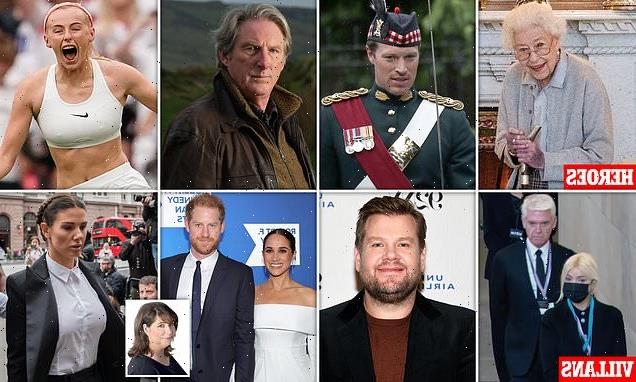 JAN MOIR: From the Queen to cocky James Corden and hapless Prince Harry… My heroes and villains of 2022

What a year. Three prime ministers minimum, the Duke and Duchess of Sussex ad infinitum. Along with Putin and Zelensky, Rooney versus Vardy, and Brad Pitt in a skirt.

There was the Oscars slap, the World Cup, the surge of inflation around the globe, the return of the humpback whale, the population surge to eight billion and the emergence of the Omicron variant — and you can’t blame them all on Liz Truss, although some tried.

As we stride through the darkness into a new dawn, here are my heroes and villains of 2022. Wade with me now through the celebrity shallows as we contemplate those who made us thrill and those of whom we’ve had our fill this year. 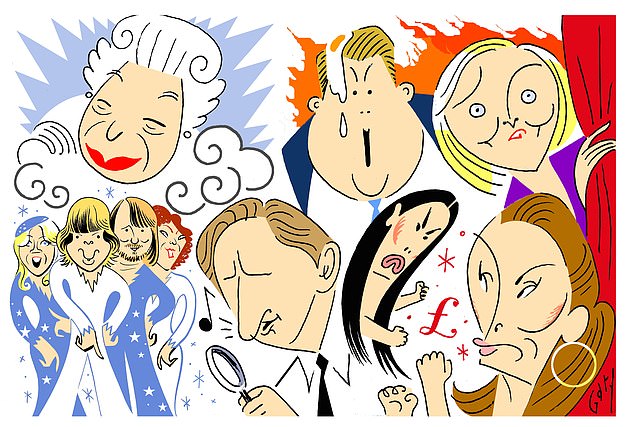 What a year. Three prime ministers minimum, the Duke and Duchess of Sussex ad infinitum. Along with Putin and Zelensky, Rooney versus Vardy, and Brad Pitt in a skirt

The last images of the Queen were taken at Balmoral. There she was, leaning on her walking stick, offering a hand to new Prime Minister Liz Truss, still doing her duty at the age of 96.

Is there anyone who can compare to our Queen? No one. What a life she had, what a difference she made, how well she lived, right to the very end.

‘She made history, she was history,’ said Kirsty Young during her BBC broadcast from Windsor. It was the perfect summation of an impeccable life of service. Yet the Queen’s passing, the mourning and then the funeral itself brought out the best — and the worst — in many. 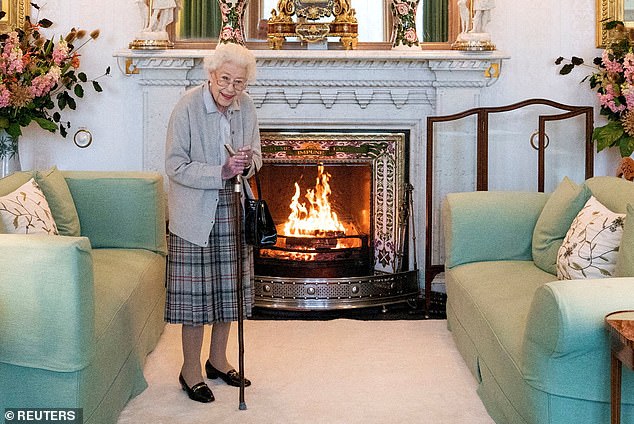 Let us toast the quiet dignity of the ordinary people who queued for hours to say their own farewell to the Queen as she lay in state at Westminster Hall.

It was so moving when they finally got their moment. A quiet nod of the head, a small bow, the determination to say goodbye to their monarch.

Is it possible that King Charles could ever inspire such devotion or respect? I doubt it. But not everyone behaved so well.

Holly and Phil, booo! The ITV daytime television hosts went from heroes to zeros for skipping the Elizabeth line.

Despite their panicky explanations that they only barged to the front of the queue on behalf of ‘the millions of people in the UK who haven’t been able to visit Westminster in person’, public condemnation was strong.

As a nation we were not born to run, we were born to queue. And anything that upsets queue etiquette upsets us. Deeply. 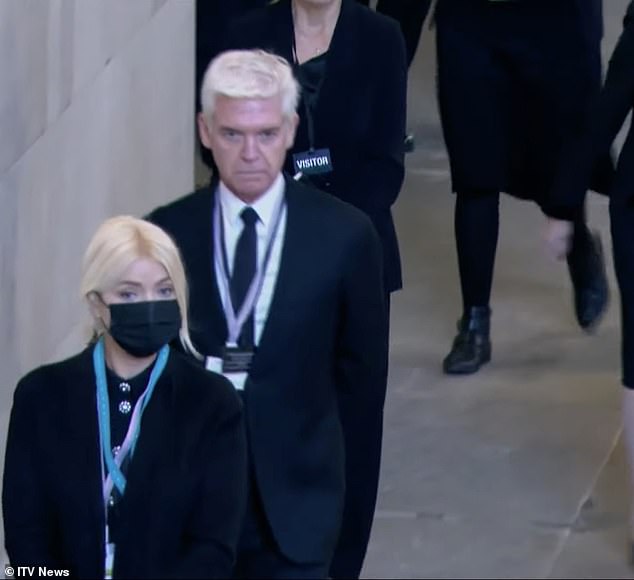 The ITV daytime television hosts, Holly and Phil, went from heroes to zeros for skipping the Elizabeth line

Please, a special equine heroine medal for Emma, the Queen’s pony, who trotted along to say goodbye to HM at Windsor.

‘I think she probably had some sort of sixth sense that Her Majesty wouldn’t be riding her any more and she did her proud by standing there so respectfully,’ said head groom Terry Pendry.

And finally on the 2022 royal beat, a special heart-shaped medal for Major Johnny Thompson, the handsome kilted equerry. In the autumn of her years, the dash he deployed when carrying out his ceremonial duties did much to brighten up a sad old lady’s life. Mine, not the Queen’s.

If WE believe in angels, then can we believe in imaginary heroes and heroines, too? Or at least those delightful wraiths who may or may not be figments of the imagination?

In that case, let us without delay pin a medal on the uniform of the gallant but unnamed airline crew member who paid tribute to the Duchess of Sussex on her Megxit escape flight to freedom.

On the Harry & Meghan documentary series for Netflix, the duchess revealed how this paragon took off his cap, knelt by her seat and said: ‘Chicken or beef for your main course?’ No! Sorry. He said: ‘We appreciate everything you did for our country.’

Meghan did not specify which country this kindly gentleman was from. Could it be Narnia? What an uncharitable thought. This was no flight of fancy. How I wish this duchess-saviour would step forward and reveal himself!

The Abba Abbatars are definitely not real. Yet their appearance at the hit Abba show Voyage in London — even though it’s just a fabulous illusion — is oddly emotional.

Perhaps because these Abbatars are all still young and in their prime, while we have grown old?

Who knows, but I was in tears by the time the Abba wraiths played Knowing Me, Knowing You. It was the best I could do.

Hurrah for the Lionesses, who were crowned UEFA Women’s Euro 2022 champions after a 2-1 win over Germany. Winning scorer Chloe Kelly was so thrilled, she took her top off and ran around the pitch in her bra. Meanwhile, a row roared on over whether calling the team ‘Lionesses’ was patronising, but no one cared.

Did you honestly think I wasn’t going to crowbar Ted into this list? Actor Adrian Dunbar was last seen as granite-faced Superintendent Ted Hastings in the BBC’s popular Line Of Duty. This year he returned as a very different crimebuster in the ITV drama Ridley.

Adrian plays a former detective who part-owns a jazz club and likes to relax by singing. If you enjoy melancholy songs delivered in a Jim Reeves-tastic style by an authoritarian figure in a cosy jumper, then this is the show for you. I loved it, of course, but it got terrible reviews. 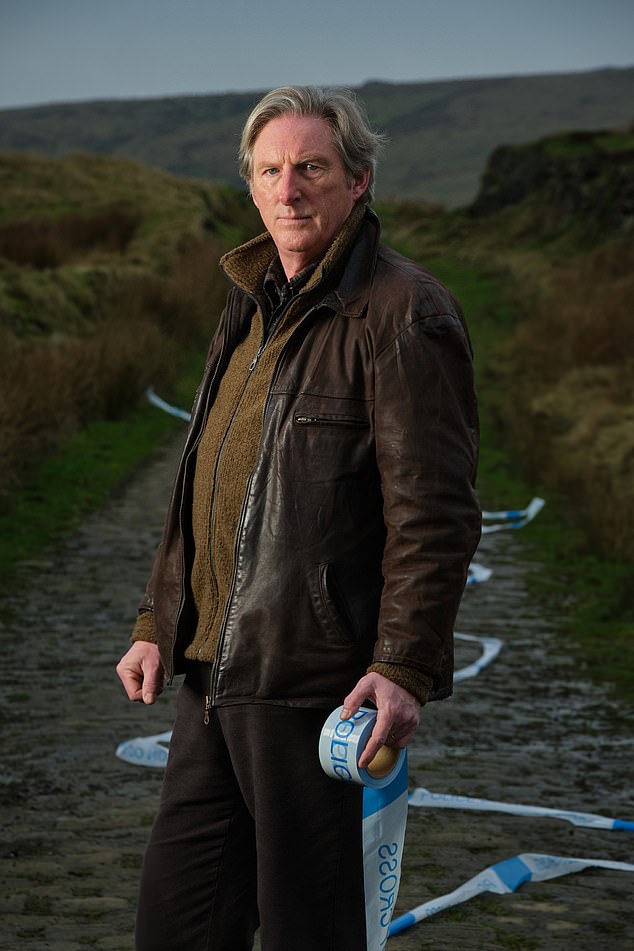 Actor Adrian Dunbar was last seen as granite-faced Superintendent Ted Hastings in the BBC’s popular Line Of Duty. This year he returned as a very different crimebuster in the ITV drama Ridley 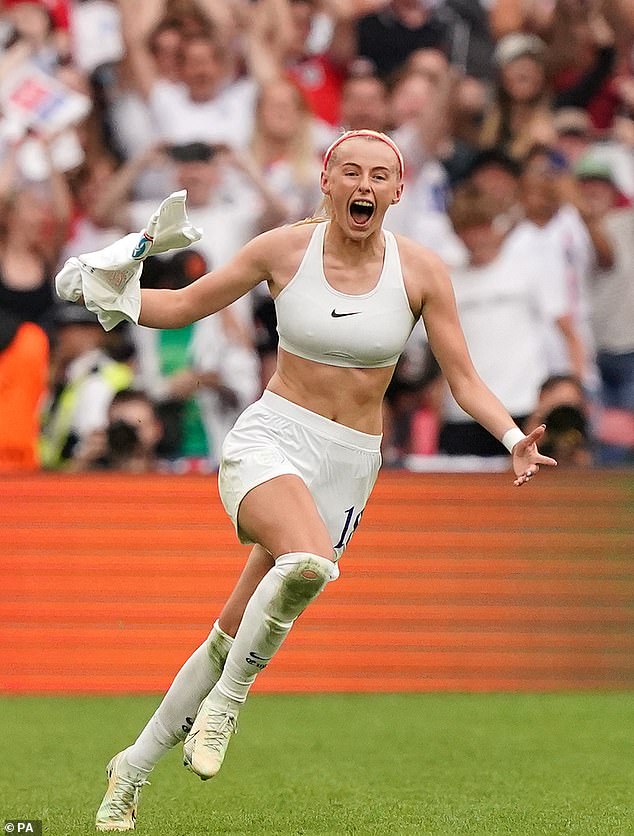 For dragging Coleen Rooney to court and bringing the moral fiasco of the Wagatha Christie trial.

This is what happens when a woman with too much money, too much time on her hands and too high an opinion of herself is unleashed upon the world.

Mrs Vardy should have called it a day early and given the millions spent on lawyers’ fees to ‘Bowelbabe’ Deborah James. At the time of the trial, Miss James was dying of bowel cancer. But even at her lowest, she managed to think of others and raise millions for cancer research. 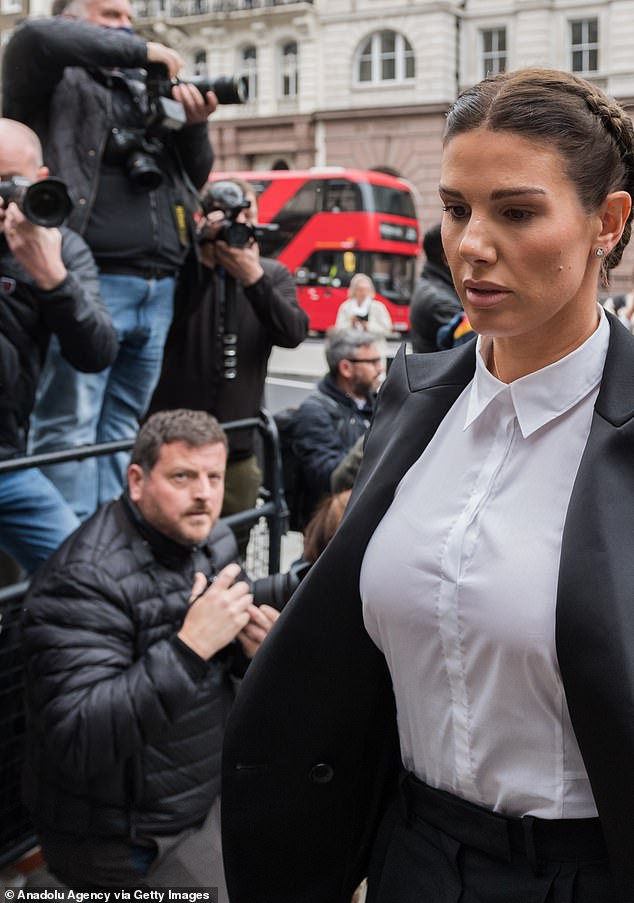 No, I simply can’t miss them out. It has been a mega year for Meghan of Montecito and her obliging husband; we have all been buffeted by their ongoing hurricane of hurt.

There was a six-part documentary series and assorted podcasts that picked over their suffering with no end in sight. Coming soon, Harry’s whingefest autobiography called Spare. 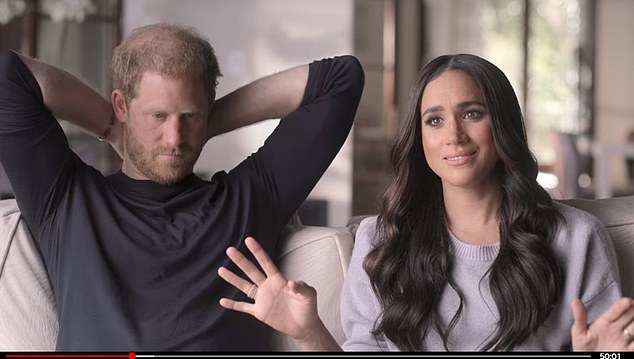 Was it all just a bad dream? Even Truss herself failed to keep a straight face when she told the BBC in October that she would be ‘sticking around’ because she was ‘elected to deliver for this country’ and would ‘lead the Conservatives into the next General Election’.

The only place she led them into was Dead End Gulch, after she and cowboy Kwasi Kwarteng launched their disastrous political plan.

She resigned after 44 days in power — but her shredded legacy casts a dark shadow. 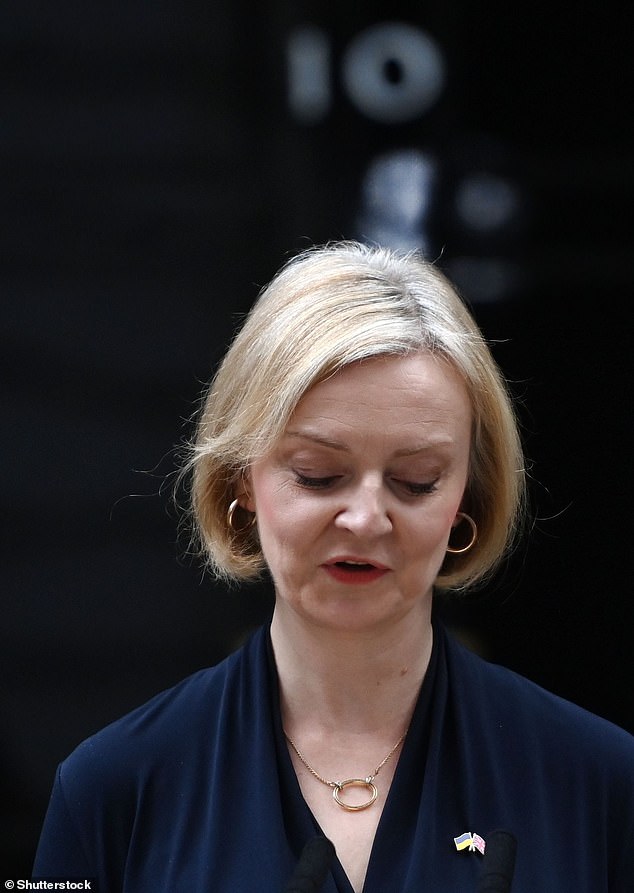 Is IT because I is black? To the amazement of absolutely everyone, possibly including his mum, Gary Lineker self-identified as a person of colour and claimed he had received racial abuse during his playing career because of his ‘darker skin’.

On the coffee-shop menu of life, Gary is surely a whipped-cream vanilla latte and not a double espresso? No.

‘I was this tiny, geeky kid with darkish skin and I had pretty much racist abuse, although I’m as English as they come,’ he said.

Lineker implies that being white equates with being English, which is offensive and wrong, but he gets away with everything.

Despite regularly expressing his disapproval of Qatar as a World Cup host, he went there to broadcast for the Beeb, comparing himself to Ukraine war zone journalists who don’t support the Putin regime. Dear God. He even said it all made him feel ‘queasy’. Same here, mate. 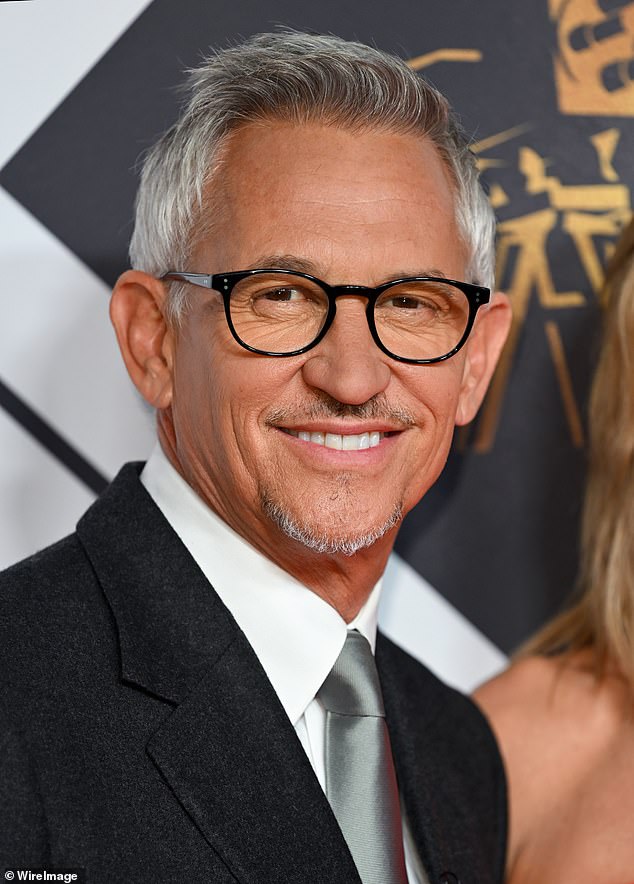 England captain Harry Kane promised to wear a OneLove armband in Qatar to show his support for the LGBTQ+ community there. Hurrah!

Then he took it off promptly when threated with being suspended. Boo! He’ll do anything for persecuted minorities — until a personal sacrifice is asked. Then it’s every overpaid footballer for himself. 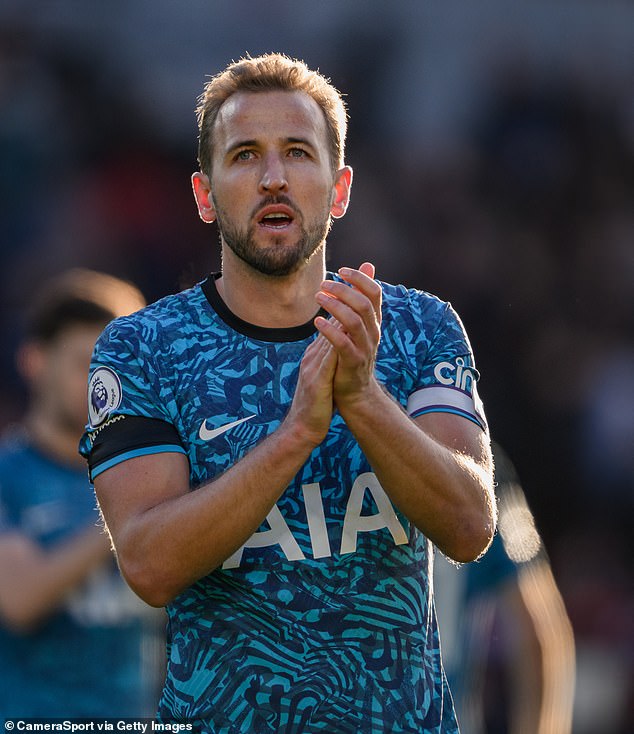 He fell from grace after being accused of rudery towards staff at New York’s Balthazar restaurant.

When his wife was served an egg yolk omelette containing a trace of white, his reaction included yelling at a waiter that ‘you can’t do your job’ and also ‘maybe I should go into the kitchen and cook the omelette myself’. How despicable.

There are few worse sights than a pampered multi-millionaire, cushioned from the grind of life by wealth and celebrity, not just taking out his frustrations on an obliging, hardworking server on a basic wage but humiliating them in public, too.

Almost as bad as David Walliams sneering at contestants on Britain’s Got Talent. Appalling, the pair of them. 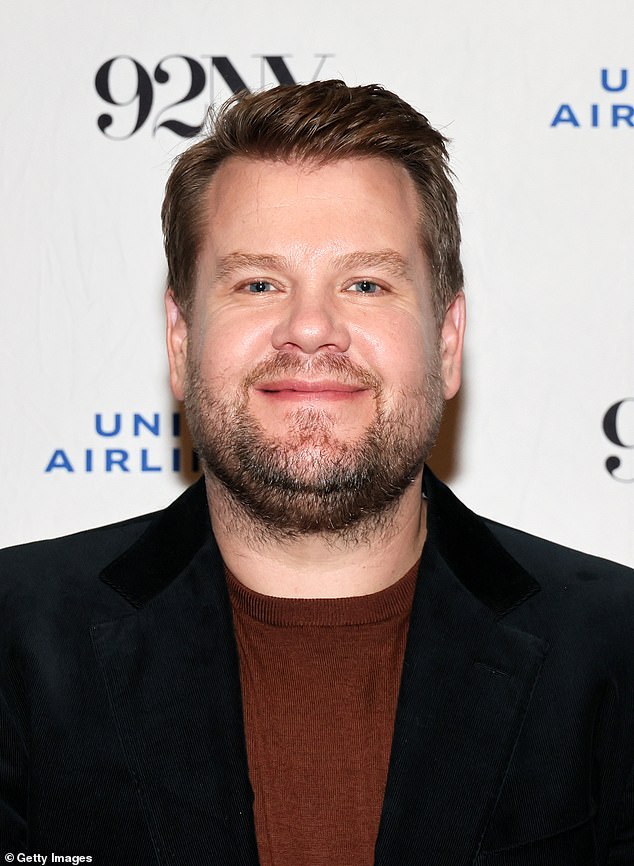 Don’t they understand? Nothing these protesters do is going to stop Vladimir Putin, Joe Biden, Crown Prince Mohammed bin Salman, Xi Jinping or anyone else from using or producing oil.

The worst of them all was Madeleine Budd. Despite previous offences, the 21-year-old eco-zealot was spared jail this year after pouring urine and human faeces over a memorial to Captain Sir Tom Moore.

She had already breached her bail conditions following a Just Stop Oil invasion of the Oval cricket ground, but District Judge Louisa Cieciora merely gave her a suspended sentence and a slap on the wrist.

That’s not going to deter anyone, Louisa. Consider yourself in villain jail, too. 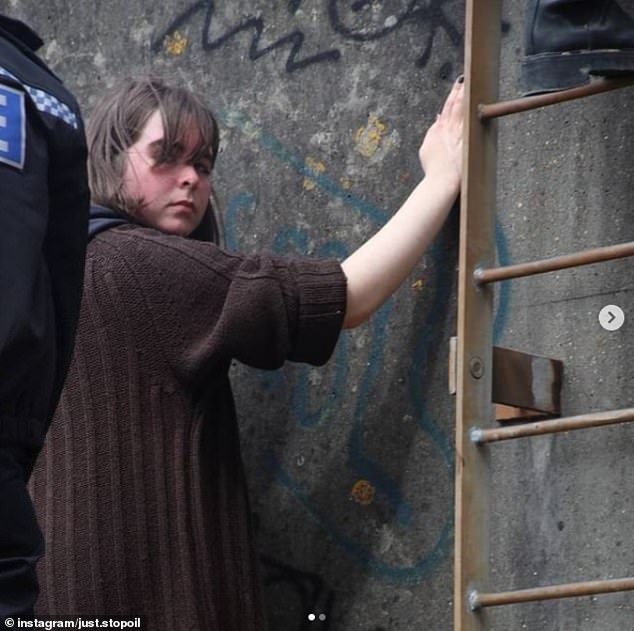 Madeleine Budd, 21, was spared jail this year after pouring urine and human faeces over a memorial to Captain Sir Tom Moore