The state opposition has announced its support for a royal commission into veteran suicides, taking a step beyond its federal counterparts and adding to pressure on Prime Minister Scott Morrison.

Opposition Leader Michael O’Brien said Mr Morrison’s push for a full-time national commissioner who would investigate veteran suicides was a positive step but not enough. 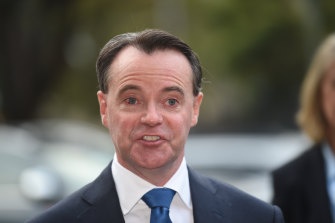 Victorian Opposition Leader Michael O’Brien said it was the right time for his Coalition to call for a Royal Commission.Credit:Justin McManus

The veteran community had overwhelmingly told his party that it wants a royal commission “as a starting point”, Mr O’Brien said, which would lay the foundation for a nationally consistent response.

“I’m announcing that the Victorian Liberal Nationals are throwing our weight behind a national royal commission into the plague of veteran suicides,” he said.

“We are taking up on [veterans’] behalf this call. We are on the verge of Anzac Day … and I think it would be a fitting way to honour that sacrifice by announcing a royal commission into veteran suicide.”

More than 500 veterans have taken their lives since 2001 and that number has grown alarmingly in recent months – the state opposition said 13 veterans took their lives in the first three months of this year, a rate of about one a week. 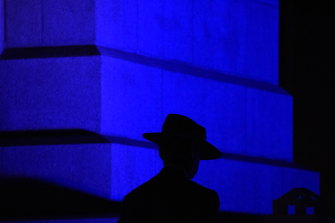 Prime Minister Scott Morrison has so far pushed for a national commissioner rather than a royal commission.Credit:Marta Pascual Juanola

Over the past year several Coalition MPs who served in the Australian Defence Force have spoken in favour of a royal commission and the federal government has slowly warmed to the idea. Mr Morrison announced in March he would not oppose a motion in both houses of federal Parliament that called for one.

That motion passed but did not compel the government to announce a royal commission. The Prime Minister’s ongoing reluctance to initiate a royal commission has triggered criticism from Labor that he was acting too slowly. Half a dozen Coalition MPs have said they were willing to cross the floor to support one.

Mr O’Brien said his veterans affairs spokesman Tim Bull had relayed the Victorian Coalition’s position to their federal counterparts and he was aware Mr Morrison was giving the issue “serious consideration”.

“My message to the federal government is veterans desperately want a royal commission into veteran suicide. And it’s time. It’s time to honour the sacrifice that our veterans have made,” he said.

Mr O’Brien’s announcement of his party’s position means the Victorian Parliament now has bipartisan support for a royal commission.

Victoria’s acting Premier James Merlino criticised the opposition for being “late to the party” on Tuesday.

“I’m not going to give a pat on the back to the state opposition … who’ve just realised this is a serious issue,” he said.

“It can’t be resisted any more, the government should be calling a royal commission and should be doing one today, given they know that this has been coming for a long period of time,” Mr Albanese said ahead of the vote on the motion for a royal commission in Parliament.