Spoilers ahead for the Jane the Virgin Season 5 premiere. In true telenovela fashion, Michael Cordero (Brett Dier) is back from the dead. By all accounts, at least. But there’s a twist, because Jane’s husband doesn’t seem to remember being her husband at all. See, Michael has amnesia on Jane the Virgin, and when he reappears in Rafael’s (Justin Baldoni) hotel room (a scene which audiences caught a glimpse of in the Season 4 finale), he introduces himself as Jason. Even more surprising, the former cat person is now connected at the hip to a large dog named Bo. But while Michael — uh, I mean Jason, claims not to remember anything, could he be faking it, or is his memory loss for real?

Not only does Michael claim not to remember Jane or their marriage, but he has no idea who he is. "Four years ago, I woke up in a field in Montana with no memories," Jason explains. "Some lady was there, said I should start over, so that’s what I did." When Jane asks whether he ever tried to figure out what happened to him, he explains, "The lady said that I was in a whole lot of trouble, so I didn’t know if I was a good guy or a bad guy."

If he’s telling the truth, then Michael’s had an awful couple of years, and it shows. The man standing before her has a drawl, calls her "ma’am," has no sense of humor, and seems veritably shell-shocked. This is not the person she married. 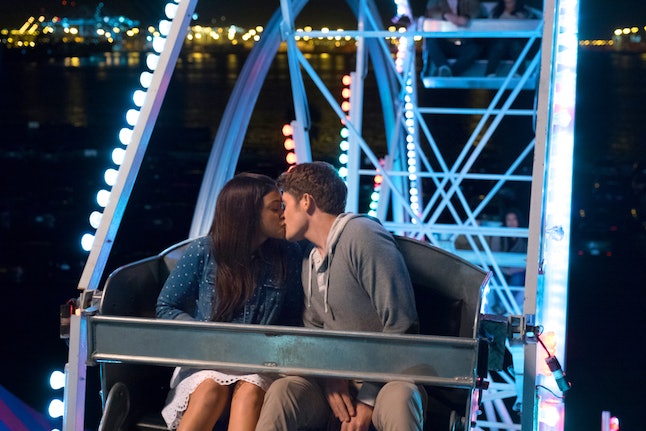 The lady Jason’s referring to is likely Rose, who, as viewers see in a flashback, orchestrated the whole thing. Sin Rostro is still in jail, but admitted to Rafael that she’d faked Michael’s death. How did she do it? By slowing his heart rate, then bribing a morgue pathologist to sign Michael’s death certificate. Even more horrifying, it seems that Rose somehow created Michael’s amnesia by using electroshock therapy on certain areas of his brain.

As Season 4 finale so cleverly foreshadowed, viewers shouldn’t be that surprised by the amnesia plot point. Rogelio’s costar in his Passions of Santos remake, River Fields (Brooke Shields), was initially not on-board with the amnesia storyline he wanted to include in the show. However, the telenovela actor was able to convince her that memory loss was essential to the telenovela genre.

As for Michael’s own amnesia, it appears Rose really did a number on him. He’s taken to a doctor, where the still-technically-married couple are told that the brain isn’t an exact science and that Jane should take him to all his old haunts in order to jog his memory. Unfortunately, nothing works, and Jane is both confused and devastated all at once. "I feel like I’ve been erased!" she later sobs to her mom and grandma. "It’s just gone! Everything we said, everything we did — it’s like it didn’t happen!" 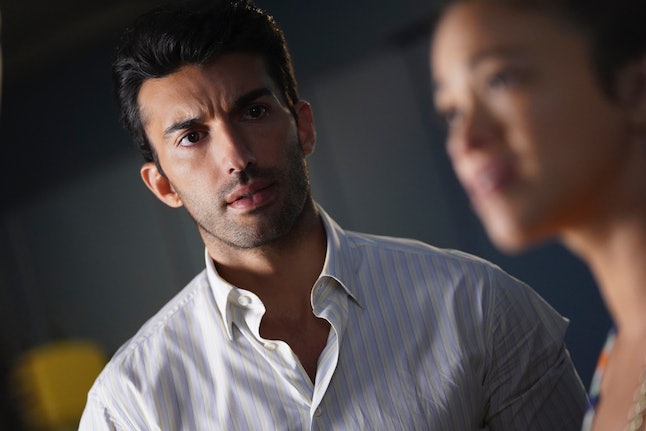 After all, she had four years to grieve the devastation of losing her husband, and just as she’s ready to move on, he comes back, just like that? Although Jane claims she’s fine, she’s clearly hysterical, going on a long rant to Xiomara (Andrea Navedo) and Alba (Ivonne Coll) — a scene which should guarantee Rodriguez an Emmy nomination.

And while audiences can reasonably assume that this is really Michael, since Rafael gave him a DNA test, it’s still not clear whether he’s faking his memory loss or not. If Michael really does remember Jane, pretending not to remember his own wife is simply unforgivable. And even if Rose really did wipe his memory, that doesn’t mean he won’t gain it back over the course of the season. After all, like Jane keeps frantically repeating, "The brain isn’t an exact science."