With only one episode left until Riverdale‘s winter hiatus, the puzzling Gargoyle King mystery is actually finally starting to come together. Wednesday night’s new episode may have shown Veronica, Betty, Archie, and Jughead all in completely different places, but their stories were connected by a few common threads that may reveal the Gargoyle King’s true identity. It may sound like I’m talking about Hiram Lodge, but the new episode actually should have left fans asking, is Claudius Blossom the Gargoyle King? He may have only been in this season for a couple of seconds, but a ton of new details seem to point to him as the man behind the mask.

Spoiler alert: Do not read on until you have seen Riverdale Season 3 Episode 7, "The Man in Black." Wednesday night’s new episode of Riverdale was broken up into three character-focused vignettes, echoing the structure of last season’s standout episode "Tales from the Darkside." But despite everyone being in different places, the three stories were tied together by some very important threads.

The most obvious thread is the person whom the episode is named after: Hiram Lodge. Notably, Hiram is the only character to pop up in all three stories, as each story delves even deeper into the terrifying amount of power and control that Veronica’s mafia kingpin father actually has. Archie and Jughead learn that Hiram has taken over the nearby town of Athens and employed all the men of the town to build his super-prison; Veronica actually begins to gain some trust in her father when he helps her in a casino grift, but then learns that he decapitated Sheriff Minetta and sawed off his hands to cover up his crimes; and finally, Betty notices Hiram making a shady exchange with Sister Woodhouse at the Sisters of Quiet Mercy.

But the thread that makes the most convincing case for a Gargoyle King suspect is actually the focus on Fizzle Rocks. We first heard about Fizzle Rocks a few episodes back, when Alice Cooper mentioned that a young Hiram Lodge passed the drugged candy out to the rest of the Midnight Club during Ascension Night, when the Gargoyle King first appeared. In the new episode, Jughead finds that the abandoned town of Athens is covered in Gargoyle King graffiti, and an old woman tells him that it appeared only after townspeople began using Fizzle Rocks. And at the Sisters of Quiet Mercy, Sister Woodhouse hands out Fizzle Rocks to all the patients, and forces Betty to down them before she can see the Gargoyle King.

So, clearly this Fizzle Rocks drug is the key to seeing and obsessing over the Gargoyle King, and who do we know that is all about dealing drugs? Clifford Blossom. Yes, Cliff Blossom is dead, but a lot of fans actually believe he could be alive and pretending to be his twin brother Claudius. Or more simply, Cliff could really be dead and Claudius could just also be in the family drug business. Either way, Betty saw Claudius Blossom walking into the Sister of Quiet Mercy just a little bit before she saw the Gargoyle King. 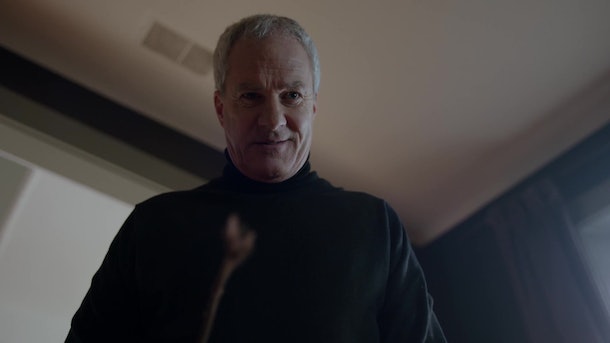 The episode reminded fans that Hiram Lodge is still working to build his super-prison, which will double as a drug manufacturer to make more Fizzle Rocks. The Season 2 finale revealed that Hiram is working with Claudius Blossom, Penelope Blossom, Penny Peabody, and the Ghoulies for the drug portion of his plan. We already saw how Fizzle Rocks and Gryphons and Gargoyles ruined Athens, which allowed Hiram to hire a full workforce for his prison — perhaps having Claudius drug Gryphons and Gargoyles players with Fizzle Rocks and then dress up as the Gargoyle King to order them around is part of Hiram’s master plan. Could this all really just come back to Hiram’s prison again?

Fans should expect to get some real answers very soon, as the Riverdale Season 3 midseason finale arrives next week on Wednesday, Dec. 12.