If you’re the type to break out the holiday tunes long before December and jam out to Mariah Carey’s "All I Want for Christmas Is You" whenever you get the chance, you’ll be stoked to hear a new song rumor. TBH, music can make the holidays, and this December you just might have a brand new bop for the season. Mimi recently shared a photo that looks a lot like a Mariah Carey and Ariana Grande Christmas song is coming, and fans are beyond excited. Here’s what to know about the rumored track.

On Friday, Oct. 9, the pop diva posted a photo on Twitter that looks like a giant hint that there’s a new holiday tune in the works. Carey captioned the post with a Christmas tree emoji and the pic shows three director’s chairs with the initials "AG," "MC," and "JH." Fans were quick to notice the initials "AG" matched up with Grande, as well as "JH" for Jennifer Hudson. While there’s no official announcement, it does seem possible that Carey would sign on Grande and Hudson to belt the next Christmas song with her.

Some astute fans also pointed out that Grande’s photographer friend, Alfredo Flores, retweeted Carey’s post, per Refinery29, which seems like an accidental reveal if he ~happened~ to be supporting his pop star friend, because he removed the retweet.

Upon seeing the tweet, fans are literally losing it over the combo of Grande and Carey, a collaboration that many music fans have waited years to happen:

Some fans are joking about who "JH" could be, bringing up BTS’ J-Hope, Johan Hill, and more:

With the possible addition of Hudson, fans can’t handle the trio:

While the song collab hasn’t been confirmed, it doesn’t seem unlikely that Carey would want to bring some extra vocal power for another hit holiday song. In December 2019, Carey celebrated 25 years of her holiday classic, "All I Want For Christmas Is You." The anniversary marked the first time the tune hit number one on the Billboard Hot 100 chart. Once it hit the top spot, Carey told People that she was a huge Christmas fan. "That makes me feel really proud as someone that loves Christmas so much," she said. 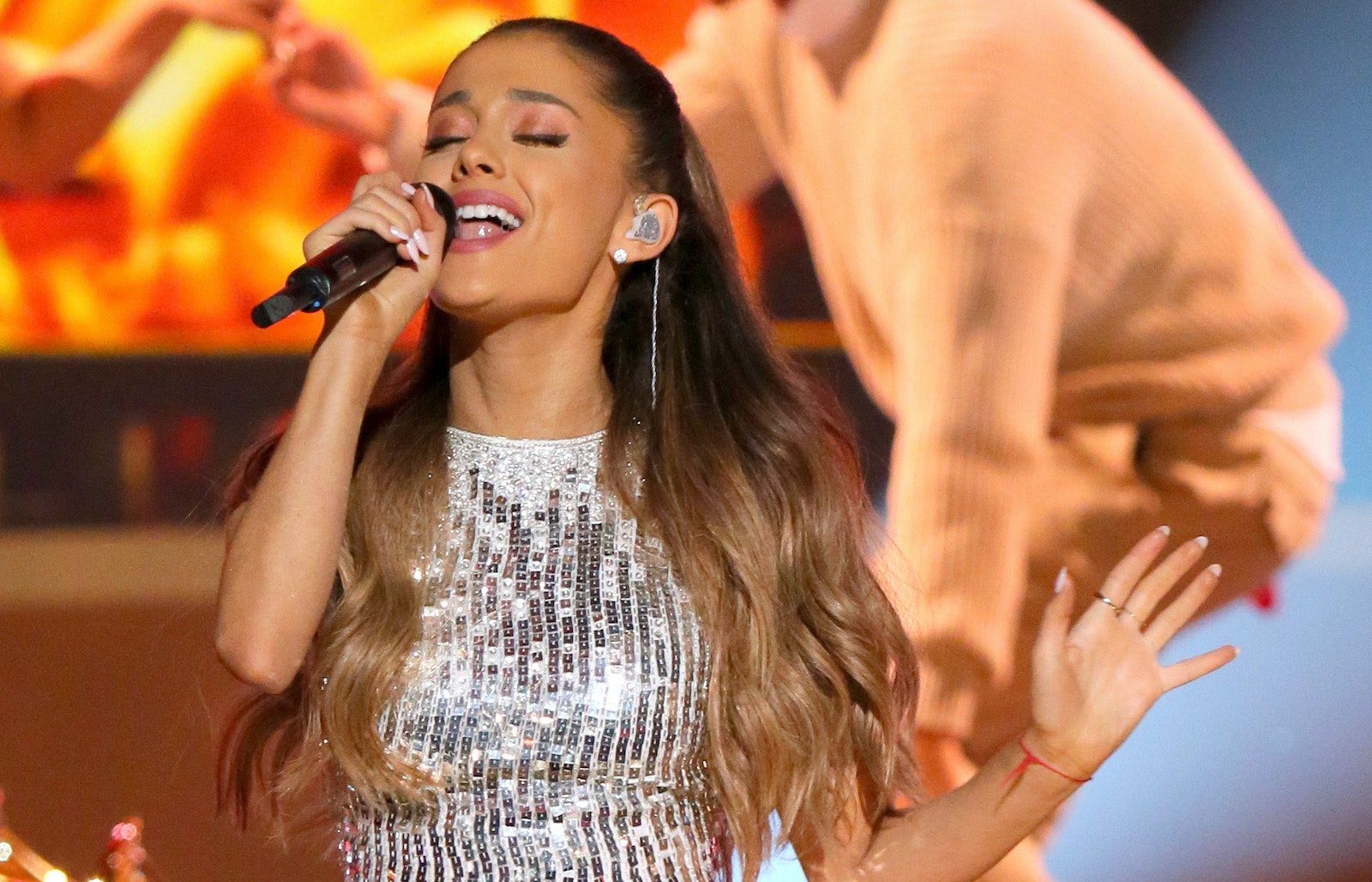 While Carey has never worked with Grande or Hudson on any song projects, Grande and Hudson starred in the 2016 NBC musical special Hairspray Live! as Penny Pingleton and Motormouth Maybelle and had a duet together. The collab would also be exciting because Grande’s ability to hit high notes has long been compared to Carey’s.

If the new song does have Grande and Hudson alongside Carey, music fans can expect the new bop to become a new holiday classic.