In her first book, Eggshell Skull, Bri Lee told us about her experience as a young woman traversing the murk and complexity of Queensland’s legal system. She witnessed sadness and injustice as a judge’s associate working in the circuit court. And then in her own sexual assault case when, after some pretty excruciating self-reflection, she decided to report her abuser from years earlier. Lee wrote her story in a way that was honest and pretty compelling.

Now in Beauty, which is really an extended essay, Lee tells us what she experienced immediately after Eggshell Skull’s release. The result is a curious and considered reflection on beauty and body image in which she refers to everything from Marcus Aurelius’ Meditations through to Naomi Wolf’s classic, The Beauty Myth. 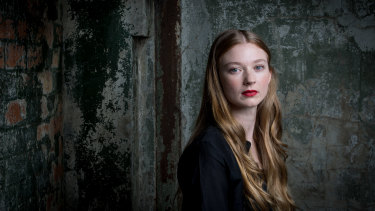 In the wake of her book’s success, Lee struggles with ‘‘a growing feeling of being permanently on display’’ and finds herself pursuing new, impossible goals. Her consequent quest for thinness is driven partly by the nearing prospect of a glossy magazine photoshoot. But it’s also part of her ravenous perfectionism. She says, ‘‘the hunger for improvement was insatiable. And so, when watered, naturally grew.’’

Some of the more thought-provoking parts of the essay are when Lee is reckoning with her own ambition. Most of us can relate to feeling trapped, as she does, in ‘‘a feedback loop of having a new goal’’ that you feel you need to live up to. Not to mention that our sense of success infringes on our own sense of self-worth – Lee says she’s been afraid of being nothing if she stops trying to be the best.

Lee considers the ideas of ethics professor Heather Widdows in her book Perfect Me, which proposes the idea of a dual self. Lee sees her aspirational, second self as something that she can identify with, but that is always just slightly out of reach. It’s as if she’s looking at a blurred imperfect reflection that shifts in and out of focus but that she’s slightly besotted by. 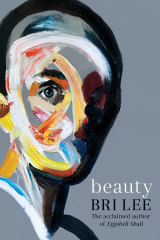 Ultimately, Beauty is about self-acceptance. Lee is intent on being strong and encouraging strength in others. There’s a diverting part of the essay in which she recounts being a writer in residence at a girls’ school and realises she’s become a role model to many women. There’s a jubilant moment when she throws her too-small jeans away and sees them for what they really are – denim tubes.

Lee also undertakes an impassioned examination of the beauty and fashion industries. She surveys the perfection and inherent contradictions on the crisp pages of glossy magazines. She gazes into Instagram and the infinite windows it provides through which to look into the seemingly perfect (or at least perfectly manicured) lives of other people: designers, celebrities, models.

We know it’s not real, but we can’t stop imagining that it is. In a neat formulation, Lee says it’s both a democracy and a dictatorship.

Thinking back to Eggshell Skull, a lot of that book is moving, chilling and instructive. You should read it if you want a glimpse into what it’s like for marginalised and disadvantaged people who experience family violence or sexual abuse and attempt – often repeatedly – to get help through the Australian legal system.

These people suffer not only because of their own difficult circumstances but because of the complex world of the law that Lee negotiates with skill and huge support – it’s much easier for her to gain access than it would be for many other women.

When it comes to her own case and her eventual success in it (although, undeniably, this is at some personal cost), Lee might have given a more nuanced account, how different her own experience is from that of those other women.

Beauty is a bit like this, too. Once again, Lee has written quite forensically with such delicacy about her own feelings, her own experience. But there’s room for a more thorough appraisal of herself and her standing in the world. Lee does touch on this; she acknowledges that thinness and whiteness are pervasive and that, ‘‘some people are born into a privilege of aligning with what their time and place calls beauty and others are not’’.

Perhaps she could have considered these ideals (and her lived experience of them) more thoroughly. Or maybe Beauty could have been a longer work. Still, as an essay, it’s a good one.