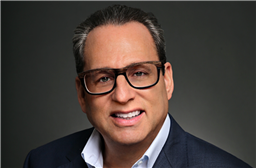 INSP COO Dale Ardizzone said the investment is “part of our commitment to expand our relationships in the international film and production community.” He did not reveal the amount INSP has invested in Blink.

“Blink Studios is on the cutting edge of entertainment content development with a management team of experienced, forward-thinking creative minds,” he added. “We have been impressed by the Blink management team and their vision, and support their strategy to assemble a best-in-class team to develop quality and compelling content.”

Former eOne Television chief Morayniss unveiled Blink Studios with a handful of former colleagues at the start of November and the outfit has since signed up former Netflix Director of Original Series Carolyn Newman and Transplant exec Virginia Rankin.

Headquartered in Toronto with offices in L.A., the studio is developing and producing scripted and unscripted content for the global market, with Endeavor Content set as its “priority” distribution partner. Blink is also looking to invest in Canadian production companies and strike talent deals.