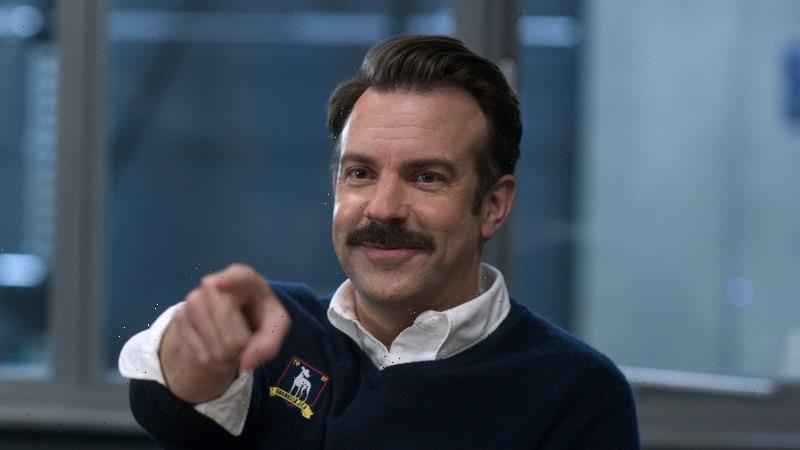 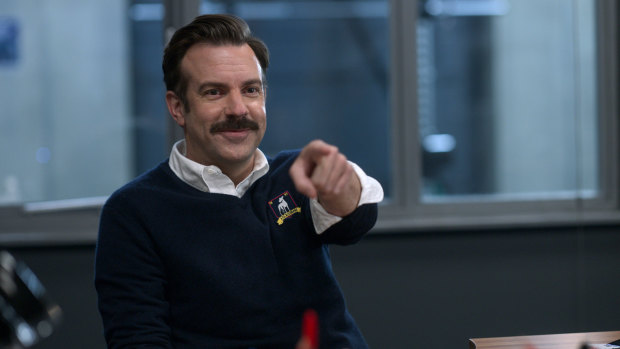 Why is Ted Lasso’s third season taking so dang long to make?Credit:Apple TV

With so much success flowing from the first two seasons, fans are understandably keen for the next instalment of Ted Lasso. But during Sudeikis’s acceptance speech for the outstanding comedy series, he seemed deliberately vague, saying only: “We’ll see you for season three, at some point.”

The throwaway line is the latest piece of evidence fuelling rumours that behind-the-scenes tensions on set have led to long delays with projection. Let’s unpack.

Ted Lasso season three is the new Don’t Worry Darling. Don’t at me.

It’s a thing the kids say.

Oh, right. What does it mean?

I don’t actually know. Anyway, sounds like Jason Sudeikis is giving his ex-wife Olivia Wilde a run for her money in the on-set drama stakes. What’s happening with Ted Lasso?

Well, according to a report by Puck, the third and final season of Ted Lasso has been delayed because Jason Sudeikis was initially unhappy with the scripts for the 12 episodes.

And the former Mr Wilde plays the titular Ted, right?

Correct. But he’s also co-creator of the show, and this season Sudeikis has been elevated to co-showrunner, which means he has much more sway. According to multiple reports, Sudeikis has stalled in signing off on scripts, demanded rewrites and overhauled character arcs leading to a huge delay in production. 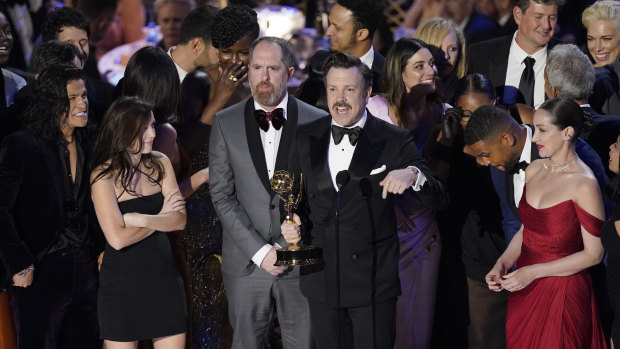 Jason Sudeikis, center, and the cast of Ted Lasso accept the Emmy for outstanding comedy series at the 74th Primetime Emmy Awards on Monday, Sept. 12, 2022, at the Microsoft Theater in Los Angeles.

Ooh, here I was, thinking the show was a comedy. More like Most Outstanding Drama.

Very good. The delay meant the third season didn’t begin filming in London until March, but we still have no idea when the show will air.

Has Apple TV+ said anything?

Negative. Aside from Sudeikis’ loaded ‘we’ll see you at some point’ comment during the Emmys, details have been hard to come by.

Do we know why Sudeikis was unhappy with the scripts?

Double negative. The actor has previously made it clear that the third season would be the show’s last, so perhaps he is feeling the pressure to go out on a high note, especially after cleaning up at the Emmys and Globes.

Just checking. OK, so what else is going down?

The delays have had a flow-on effect because they’ve reportedly stopped cast members – who are now in demand as a result of the show’s success – from taking other jobs until Ted Lasso is wrapped.

That’s not a good vibe in the dressing room.

Not at all. Naturally, tension around money has intensified further following reports Sudeikis is earning more than $1 million per episode for this season. Meanwhile, the salary floor for other Ted Lasso cast members is only $150,000 per episode.

Right, so we’ve got cast members being “underpaid” and production delays. That everything?

To make matters worse, the show planned to film several scenes at Stamford Bridge, home of Chelsea Football Club. But filming was benched when Chelsea’s owner, oligarch Roman Abramovich, was forced to sell the team after Russia invaded Ukraine.

Indeed. The cast did, however, spend time shooting on location in Amsterdam, which, according to the report in Puck, was a last-minute decision by Sudeikis. Fans spotted the cast shooting in the city’s famous canals this April.

I mean, who among us hasn’t made a last-minute decision to spend some time in Amsterdam?

True, but apparently, the Amsterdam sojourn added weeks to an already delayed production schedule, but more importantly, it impacted the bottom line. According to Puck, “the season 3 budget has ballooned between 20 per cent to 30 per cent (and counting).”

Who is footing the bill?

That’s where it gets interesting. Ted Lasso is produced and owned by Warner Bros but distributed and licensed by Apple TV+. Under this model, Apple covers the cost of production plus a set premium, and it controls global rights plus library rights for as many as ten years. Each season the two companies agree on a set budget before filming.

But what happens when that budget is blown out of the water?

I suspect we’ll find out whenever season three is finished.

Just finally, the cast looked pretty chummy at the Emmys. Has anyone had a sneaky whinge?

Not exactly. In an interview with Entertainment Tonight back in February, Hannah Waddingham (who plays Rebecca Welton, the owner of AFC Richmond) said she doesn’t know what to expect from the new season. “They are just brilliant, brilliant brains, but they know better than to tell me anything at all,” she said of the creative team, which is led by Sudeikis. 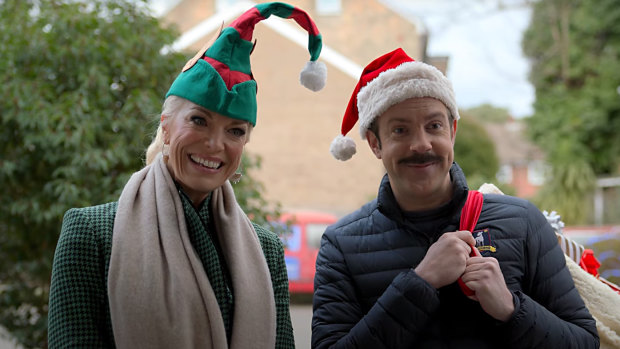 According to Hannah Waddingham (left) everything is just fine in Ted Lasso-land. Just fine!

Sounds like a diplomatic way of calling someone a control freak.

Your words, not mine. Don’t at me.