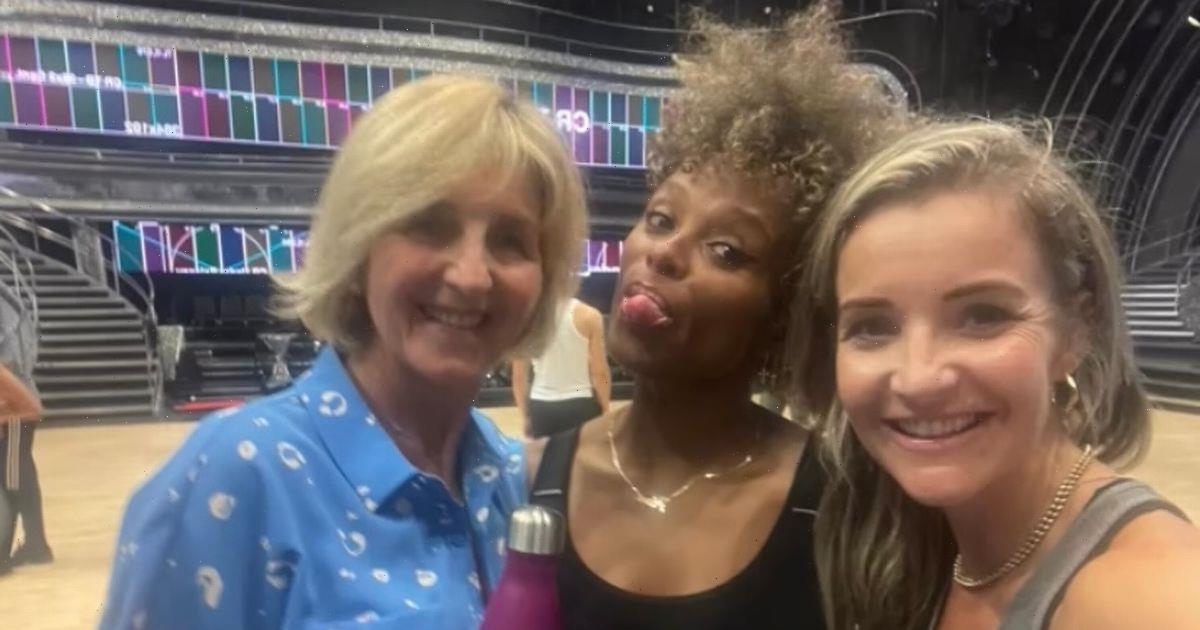 Strictly Come Dancing 2022 is set to kick off in a matter of days, with the launch show now airing on Friday 23 September.

During the first show, which was filmed on 7 September, fans will finally find out which celebrity has been paired with which professional dancer and then the following evening (24 September) the first live show of the series will air.

The 20th series boasts a star-studded line-up, including the likes of Loose Women's Kaye Adams, Fleur East, Will Mellor and Kym Marsh.

Many of this year's celebrity contestants have started to document their Strictly journeys on social media and have given fans a sneak peek inside their gruelling training sessions.

TV presenter Helen Skelton, 39, gave her followers a look behind the scenes as she shared a post detailing her first days of training.

The mum-of-three gushed over her fellow Strictly co-stars, saying she'd already made "memories to last a life time".

Helen wrote: "Totally understand why people rave about being part of this show in the way they do…. Smiles and laughter are infectious. Very grateful to be part of the class of "22" still in awe this is technically work. For however long it lasts I have already made memories to last a lifetime."

She shared several selfies alongside her co-stars, including singer Matt Goss, 53, and comedian Jayde Adams, 37, proving that this year's celebs have already formed close friendships.

In another photo, Matt could be seen posing alongside soap star Will, 46, EastEnders actor James Bye, 38, Countryfile cameraman Hamza Yassin, 32, and radio DJ Tyler West, 26, in the studio.

Comedian and TV personality Ellie Taylor, 38, also showed off the incredible dance studio she's been rehearsing in on her Stories, alongside her new gold dance studios.

She could be seen excitedly filming the studio as she took a quick break from training, and jokingly praised her "wonderful" professional dance partner who is being "relentlessly patient" as she continues to learn to dance.

Meanwhile, former Paralympian swimmer Ellie Simmonds, 27, also shared a peek inside the spacious studio she's been practising in on her Instagram profile as she excitedly gets ready to take to the dance floor.

One celebrity who has definitely been training hard is TV star Kaye, 59, who looked exhausted as she took a much needed rest after another intense rehearsal session.

"Let's just say it was a hard day at training yesterday… Slow and (un)steady wins the race, right!?!!" she captioned a clip of herself lying on the studio floor.

Former X Factor star Fleur, 34, was quick to support her new pal, and commented: "I know the feeling!! smashing it Kaye," alongside a red heart emoji.

Elsewhere, Helen and Ellie could be seen tucking into pizza as they took a well deserved break in the studio together.

Strictly Come Dancing 2022 will begin on 23 September on BBC One with Tess Daly and Claudia Winkleman returning as hosts.