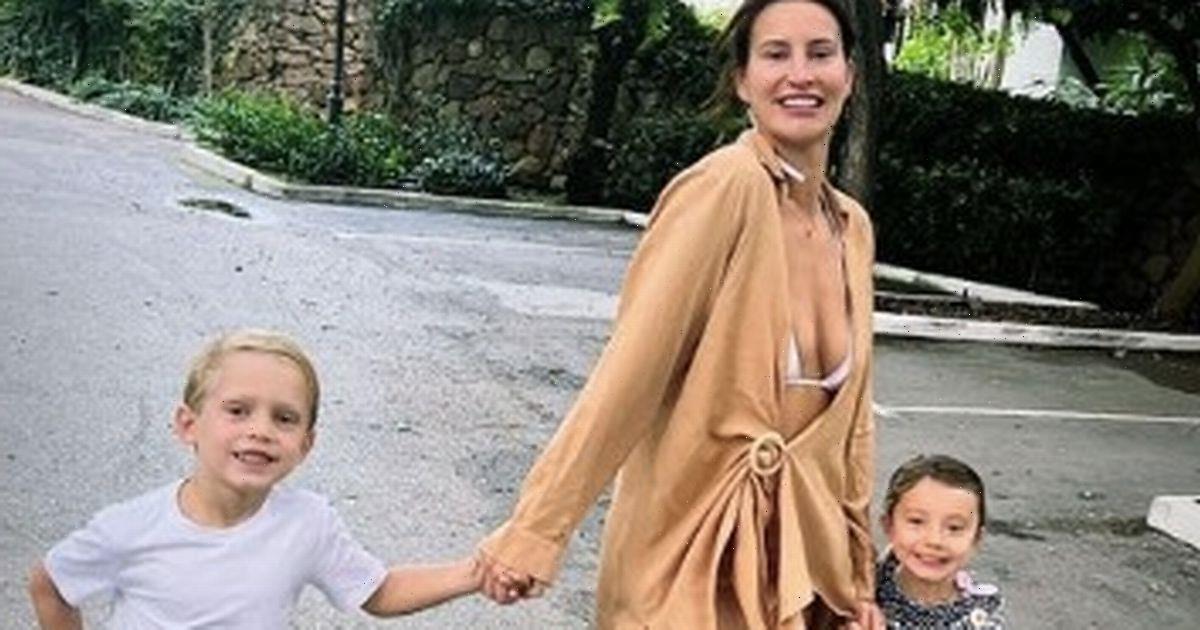 Ferne McCann has jetted off on a sun-soaked holiday with her fiancé Lorri Haines and their two young children, as she looks to put recent dramas behind her.

The former The Only Way Is Essex star, 32, revealed that she and Lorri, 32, have headed abroad for a few days during their kids' half-term break from school.

Ferne, who risked a run-in with former friend Sam Faiers at the recent Pride of Britain Awards, shared a snap of her daughter Sunday, four, and Lorri's young son as they got ready to board a flight, and wrote: "and we're off for some half term fun & and a well need break."

The pair could be seen looking excited as they settled into their seats on the plane and got their colouring books out ahead of the flight.

Once the foursome had arrived at their destination, which Ferne didn't disclose, they wasted no time getting into holiday mode and headed straight to the beach.

Ferne and Lorri then took their two children for lunch, with the mum-of-one sharing an adorable video of her and Sunday as they cuddled together at the table. Ferne, who sported a beige linen crop top for the outing, then showed off her hair, which was still in the same style as she'd worn the previous evening to the Pride of Britain Awards.

"When your wet look bob takes you from red carpet to the beach," the TOWIE star joked as she posed for the camera.

The group tucked into an array of delicious dishes at lunch, with Ferne posting clips of the food and of her fiancé Lorri, who looked relaxed as he soaked up the sun. Ferne and Lorri finished off their day by heading out to a restaurant for dinner, but Ferne revealed that Sunday fell asleep before the starters came.

Sharing a sweet photo of her daughter asleep on her chest, Ferne told her followers: "She didn't even make the starters bless her. We ended up pulling two chairs together.. who use to do this when they were younger."

Ferne and Lorri's sunny holiday comes after she risked an awkward run-in with former friend Samantha Faiers at the Pride of Britain Awards on Monday 24 October.

Both Ferne and Sam, 31, attended the annual event after the recentvoicenote drama , where an anonymous Instagram account started sharing recordings, which appear to be Ferne's voice.

The TOWIE stars both attended the event alone and risked coming face-to-face in public, but Sam was only present at the event for a few hours as she headed back to her hotel to look after her young son Edward.

Filming herself returning to a London hotel with her partner Paul Knightley, 30, she told her 2.5 million followers: "Nana Gaynor had Paul and Rosie and mum had Edward at the hotel (I only get about a three-hour window.) Edward doesn't take milk from a bottle. Can anyone relate? He will only have boobie.

"My Pride of Britain night out didn't last very long, but it was to hear some of the stories from such inspiring, brave people."