Minister for Aboriginal Australians Linda Burney says she has been pushing the Northern Territory government for months to get tougher on alcohol following persistent calls from Alice Springs community leaders to act.

The morning after the federal and territory governments jointly announced an overhaul of alcohol sales to curb rising crime in the central Australian town, Burney told ABC’s Radio National Breakfast on Wednesday said the territory government had admitted “they clearly got it wrong” in not responding sooner. 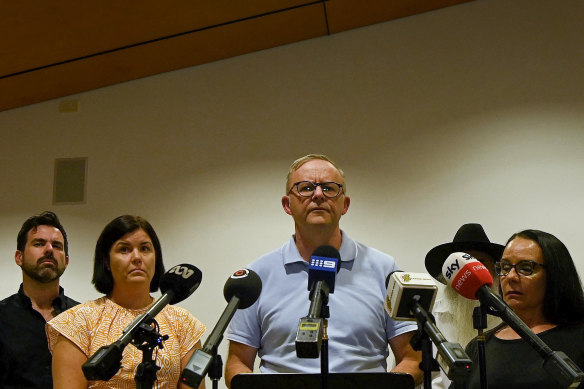 Federal laws restricting alcohol in some communities were allowed to lapse in July. Alcohol-driven crime has risen dramatically in the Territory as liquor became legal in some areas for the first time in 15 years.

The Central Australian Aboriginal Congress wrote to Burney about violence and alcohol on June 9, shortly after the minister was sworn in, and several other Indigenous groups have been calling for bans ever since.

Burney said she’d been in talks with the Northern Territory government for months, at least as far back as the Garma festival in July.

Asked whether she had told them they needed to be tougher on alcohol, Burney responded, “yes, I have expressed that there needs to be some very real thought put into alcohol restrictions”.

“I’m not going to get into whether they’ve taken too long or they haven’t, but clearly if you talk to people in Alice Springs, the answer might be ‘yes’,” Burney said.

Burney said she “deeply” believed that, had a Voice to parliament already been in place, then the crime surge in Alice Springs would not have reached the levels that it had.

“It is wrong to think the issue out here is just alcohol, there has been neglect for 10 years,” she said.
On top of an existing restriction on Sunday alcohol sales, bottle shops will be banned from selling take-away alcohol on Mondays and Tuesdays, while trading hours for takeaways would be reduced on the remaining days, and transactions would be limited to one per person, per day.

Prime Minister Anthony Albanese said on Tuesday the government would also consider the reintroduction of alcohol bans in the Northern Territory under an “opt-out situation” rather than the current rules, which allow communities to opt in to restrictions, following the lifting of federal legislation in July.

But the territory’s chief minister, Natasha Fyles, told Radio National Breakfast she potentially wanted to hold a formal election on future alcohol bans in the territory, adding she wanted to make sure “we have all voices heard”.

She said the government would be putting in an alcohol management plan for the whole of Central Australia, which could include restrictions in remote communities. 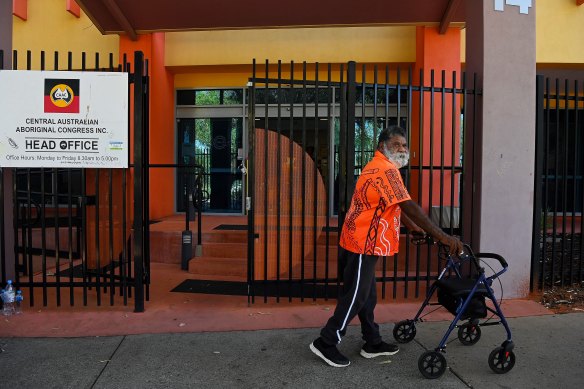 Clare said alcohol abuse was only “a symptom of a bigger problem” in crime-plagued Alice Springs.
“The real chronic problems in the Alice … Tackling the grog problem is part of it, but that is just the start. There are bigger problems there that are associated with education and unemployment as well. That’s one of the reasons why I’ve been there as Education Minister as well.”

On Seven’s Sunrise program, Assistant Minister on Indigenous Affairs Senator Malarndirri McCarthy said the next three months would be critical.

“I’d like to say to the residents of Alice Springs and here in central Australia that this is about listening to the concerns of wanting to feel safe. There had to be a circuit breaker.”