CAIRO (Reuters) – Nadia Mohammad Salem started saving up for her wedding long before she got engaged. But getting married proved far more stressful than she’d imagined when her husband proposed a year ago. 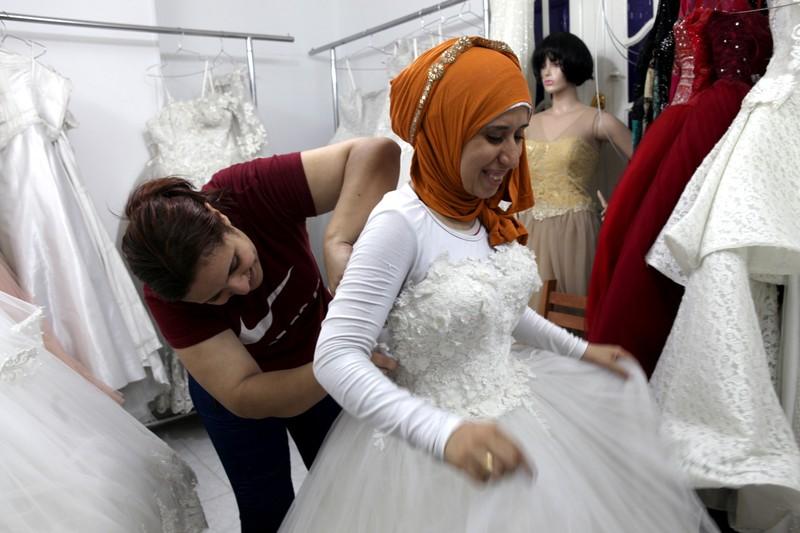 The number of marriages across Egypt fell by nearly 3 percent in 2017, according to official data, and a lot of that appears to be down to rising costs.

“Things were very expensive,” said Nadia, 30. “I was feeling nervous and concerned.”

Tough economic reforms including a devaluation of the country’s pound in late 2016 have led to a dramatic increase in prices, notably for the imported goods bought by many newly-weds to equip their homes.

“All of the necessities that come with getting married are going to be more expensive,” said Rania Salem, assistant professor at the University of Toronto’s sociology department. “Therefore I would expect people to stay in the single state or engagement period longer and longer.”

In 2012, the average cost of a wedding was 61,000 Egyptian pounds, Salem said. Back then the currency traded at around 6.15 to the dollar, compared with nearly 18 now.

This year, Nadia spent around 80,000 pounds ($4,500) on just her “gehaz” – the kitchen equipment and other items a bride purchases ahead of her marriage. Despite help from her family, she had to save up for years.

On their wedding day in November, she and her husband had a small celebration on the street rather than a formal party.

A week later, she put on a cheap, second-hand dress and gathered with her husband and a few relatives in a garden, where they posed for pictures.

Nadia said she hoped her children would find getting married less of a financial burden.

“If I have a daughter, I hope things will be much easier for her,” she said. “I want her to have everything she wants.”