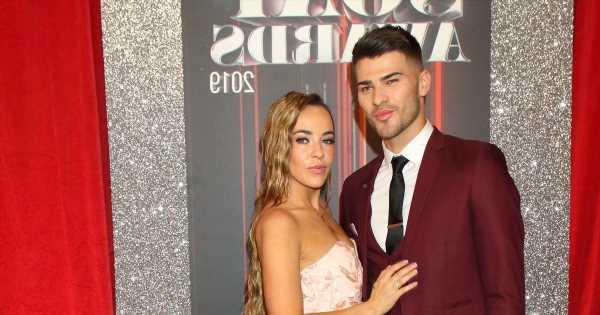 Owen Warner has entered the I'm A Celebrity…Get Me Out of Here! jungle, with the Hollyoaks star admitting he's "looking for love" during his stint on the ITV show.

The actor, 23, has made his hopes of meeting someone special clear, and prior to his jungle entrance he insisted: “I don’t have a partner; I am always looking for love!”

Owen, who left I'm A Celeb fans swooning after he took a shower in camp, has had his fair share of romances over recent years with the soap star dating Chloe Ferry, Lana Jenkins and Camilla Ainsworth.

The duo met on the Hollyoaks set in 2019 and sparks soon flew between them, with Owen soon moving into Stephanie's home.

Owen, who was 20 at the time, even became a large part of Stephanie's young son Caben-Albi's life, with the trio sharing adorable photographs on social media.

Despite appearing loved-up online and putting on an affectionate display at the 2019 Soap Awards, things soon turned sour between Owen and Stephanie and they called time on their romance.

Owen reportedly blocked the actress and changed his profile picture on social media, leaving Stephanie devastated, according to the Mirror.

Do you love celebrities, fashion, home interiors and beauty? Then do not waste another minute of your time and sign up to our daily newsletter, where you will receive all that – and more – straight to your inbox at 5pm every day.

From exclusive at home tours, cleaning hacks, the latest in beauty trends – and of course, all the latest celebrity gossip, look no further.

Pop your email address in the box at the top of this article, and et voila! Enjoy

A source told the publication that Owen was beginning to find the relationship "suffocating" prompting him to end things.

"It was all a bit too much for him," the insider said at the time.

They added: "It was blatantly obvious she was moving the relationship forward at a rate of 100 miles an hour and him being the age he is found it very difficult to breathe. It was all very suffocating."

Owen then moved on with celebrity hair and makeup artist Lana Jenkins, who is reported to be good friends with various members of the Hollyoaks cast.

The pair's romance didn't last and Owen was then linked to The Apprentice star Camilla Ainsworth before going on to date Geordie Shore star Chloe Ferry.

Owen and Chloe enjoyed a whirlwind romance, but called time on their relationship just weeks later, withChloe, 27, stating that their “very different lifestyles” had gotten in the way of their romance.