Government agencies should proactively publish documents that make their bosses feel “uncomfortable” to be more accountable to the public, the Victorian Information Commissioner has said.

In an interview with The Age in the lead-up to the state election, the watchdog, Sven Bluemmel, said more freedom of information (FOI) requests were lodged in Victoria than any other jurisdiction in Australia, including the Commonwealth. 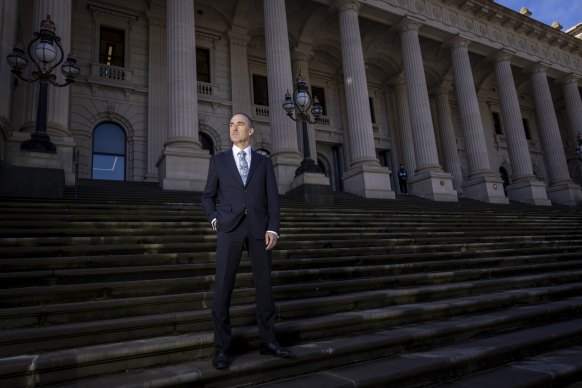 “To me, that suggests that people have to resort to FOI more than in other places,” Bluemmel said.

A record 42,249 requests were lodged in Victoria in 2020-21, and while figures from the last 12 months were not yet publicly available, Bluemmel said the state would exceed that record again.

Bluemmel said he was slowly trying to force a cultural change among senior executives with the principle, “if in doubt, give it out”, especially when the information could be inconvenient or embarrassing for them.

“The single most important factor in FOI culture in an agency is the attitude of senior management and executives,” the commissioner said.

“It’s easy to disclose something that makes you look good. When you know the disclosure is going to lead to criticism, to debate, that’s when it’s hard, but that’s when it matters.”

Bluemmel made clear he did not think Victoria had a culture of secrecy, but more of “a habit” against the release of information that also existed in other jurisdictions.

Integrity has been a thorn in the side of both major parties in Victoria and could dominate the last two months of the election campaign, after scathing investigations by the ombudsman and the Independent Broad-based Anti-corruption Commission on Labor’s “rotten” branch stacking culture.

Bluemmel in September last year called on the state government to comprehensively review the outdated FOI Act to emphasise the proactive release of information, like NSW, Queensland and the federal government have done.

He suggested requiring more documents be published online within a set deadline, as with public tenders and annual reports, so that FOI is instead treated as a last resort by Victorians.

This week, The Age revealed that Health Minister Mary-Anne Thomas would not publish two independent pandemic reviews until after the state election.

Dr Catherine Williams, from the Centre of Public Integrity, said Victoria should follow Queensland’s lead and release cabinet documents after 30 days rather than 10 years.

The Greens and the Reason Party have separately called on the government to make ministerial diaries public.

In August, the Victorian Auditor-General’s Office said most annual financial reports would be delayed until after their deadlines, and after the November 26 state election, because of COVID-19.

The bulk of freedom of information requests in Victoria were by individuals for personal information, mostly to Victoria Police or to hospitals and health agencies, which Bluemmel was not suggesting be publicly released.

A review by the Office of the Victorian Information Commissioner (OVIC) this year said some agencies seemed to focus too heavily on avoiding the release of inappropriate information above other goals, such as the timely release of information.

The number of outright refusals to release documents tripled during the pandemic, using Section 25A(5) of the Act, between 2019 and 2021. Complaints also rose and Bluemmel said agencies were often not properly resourced to deal with the growing number of freedom of information requests.

Shadow treasurer David Davis, the leader of the opposition in the upper house, who files freedom of information requests prolifically, said the government was bloody-minded and called on agencies to proactively release information without delays.

“Victoria is truly the secret state,” Davis told The Age. “Information is withheld and only a freedom of information battle can prise the information out of the government’s clutches.”

His freedom of information requests have dragged through the Victorian Civil and Administrative Tribunal after the departments of health and transport blocked their releases.

“We remain focused on delivering a strong [FOI] system – one that is fair and efficient,” she said. “We continue to consider ways to improve the FOI process and response times.”

Bluemmel said public trust in decision-makers made the government’s job easier during the pandemic and should not be undermined or taken for granted.

But he said outsourcing work to contractors raised complications and sometimes improperly increased the likelihood of an FOI being turned away. Bluemmel said private companies performing a public function using public funds had the same expectation for transparency.

“Being a little bit vulnerable is not a bad thing,” Bluemmel said. “I actually have a pretty high opinion of the public.”