For half a century, Ian Finkel adamantly proclaimed himself “the world’s greatest xylophonist.”

“All the others are gone now,” he would say. “So I win by default.”

He balked at being described as “one of” the greatest.

“He said, ‘I’m not one of the greatest — I am the greatest,’” the singer Michael Feinstein, for whom Mr. Finkel served as musical director, said in an interview. “And he was.”

Mr. Finkel died on Nov. 16 in a hospital in Manhattan. He was 72. His daughter, Dara Finkel, said the cause was complications of Covid-19 after a protracted battle that began in March, when he tested positive while hospitalized for a stroke.

He spent seven months in hospitals and a rehabilitation center and returned home earlier this month, only to die suddenly after a respiratory infection.

Mr. Finkel’s path took him from the borscht belt resorts in the Catskills to playing with the New York Philharmonic. He also worked as a composer and musical arranger for stars like Sid Caesar, Tito Puente and Ginger Rogers, his brother, Elliot Finkel, said.

As a percussionist, he worked in orchestras that accompanied the likes of Michael Jackson, Whitney Houston, Diana Ross and Tony Bennett. 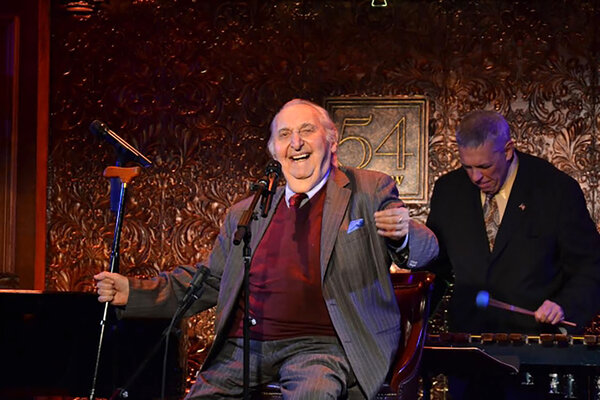 Mr. Finkel lived for nearly 50 years in the same Manhattan apartment. He would walk out of his home stylishly dressed in a jacket, tie and hat — with, up until a year ago, a fat cigar in his mouth.

“He was the quintessential New Yorker and Upper West Sider,” his daughter said. “He would go for long walks and talk to everyone.”

He had a razor wit and a nasal voice that his brother described as “a mixture of Pavarotti and Jerry Lewis.”

Ian Lawrence Finkel was born on Aug. 13, 1948, into a show business family in Brooklyn. His father, Fyvush Finkel, was a Yiddish theater actor who also appeared in films and on television. His mother, Gertrude (Lieberman) Finkel, known as Trudi, was a teacher, playwright and painter.

“The joke in our family goes, you have to audition to become a Finkel,” his daughter said. “It was in his blood. He had no other choice but to be an entertainer.”

And so, as little boys, Ian and Elliot began joining their father onstage.

“They called us the Jewish von Trapp family,” said Elliot Finkel, a concert pianist. He said he and his brother performed comedically as the Finkel Boys and spent their childhood devouring musical scores borrowed from the public library.

They would later perform around the world, as a duo and often with their father.

Ian Finkel said he took up the xylophone in his teenage years, as rock ’n’ roll was becoming cool. “I thought it would get me girls,” he said in a 2012 interview, “but no one said guitar.”

Through incessant practicing, he developed virtuosic technique and added to the instrument’s repertoire, partly by adapting demanding solos written for the violin and other instruments.

He went to the Mannes School of Music at the New School and studied with Walter Rosenberger, a longtime principal percussionist for the New York Philharmonic, his brother said. He was often brought in by orchestras to handle particularly difficult mallet passages.

“Solos for the Vibraphone Player,” a book he edited, became standard fare for mallet-playing musicians.

In his performances, he would intersperse music with comedic patter, conduct his band theatrically and accentuate rhythmic punches with a vaudevillian flair.

His mallets would blur during rapid-fire runs that could resemble a cartoon chase. He tackled intricate patterns and complicated polyrhythms while mugging for the audience.

“He was a true entertainer,” his daughter said. “He would tell other entertainers that it’s not just about playing the most difficult piece of music. You have to entertain the audience as well.”

Mr. Finkel developed his entertainment skills by talking to older comedians like Milton Berle at the Friars Club in Midtown, his brother said.

He also wrote novels, plays and musicals, including “Sophie Tucker in Person,” which explores the life of the great vaudeville star.

Complete information on survivors was not immediately available.

Cheryl Ann Allen, a singer and Mr. Finkel's wife of 50 years, said he stuck with the xylophone even when finding work was tough.

“It’s a strange instrument to choose,” she said, “but the xylophone was always his heart.”