When I was in junior high school, a classmate of mine would constantly tease me around the schoolyard by calling me an ‘ila’.

In Yoruba – the language spoken by the tribe in Western Nigeria where I’m from – it’s a word that means ‘mark’ and this fellow student was referring to the marking on my face.

Everyone in class found his taunts funny but I would always go home and be sad. It was just one of the many moments that made me feel incredibly self-conscious.

I don’t recall the exact procedures used in inscribing these on my face but it happened to me when I was about three years old.

The practice is a family ritual on my father’s side so all of my siblings got it done. My father is no longer alive, so I never got to ask him or talk to him about my own procedure.

It’s done by cutting and opening the skin with a sharp object, which is later covered with black soot that eventually turns it into a permanent scar.

For Yorubas, the markings serve as a means of beautification and identification – it’s believed that anyone spotted with them could be immediately distinguished to belong to certain Yoruba family. 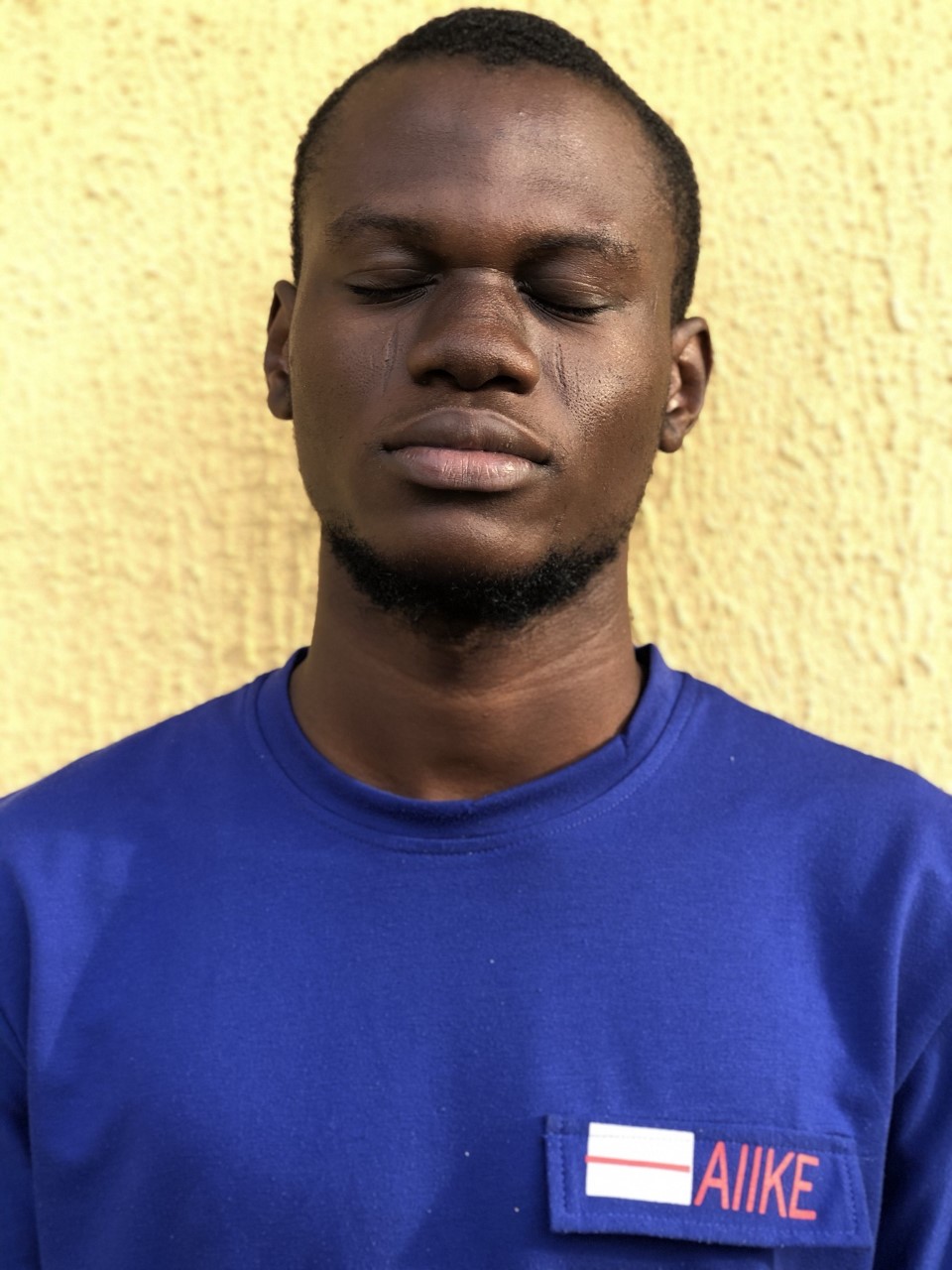 My father had it done, but I don’t recall any of my uncles, aunts or grandparents having it too because I didn’t spend much time with them. Several of my siblings got theirs at a very young age when we couldn’t decide whether we wanted them or not.

When I was growing up, I most certainly felt like I didn’t want my facial markings because it made me stand out from the crowd. I don’t remember any of my classmates having them on their face either, which made me feel even more alone.

The bullying didn’t stop with my peers though – a couple of teachers occasionally made jokes regarding them too. On a number of occasions, they called me ‘number 11’, which is a reference to the two straight lines on each side of my cheeks.

When I was about 12 years old, I also had a boy ask me, ‘Why do you have these markings on your face?’ I recalled not being able to give him a response because at that time I had no idea what to say, I was young, naive, and shy.

All those years of verbal bullying built up to having low self-esteem in high school.

Though I wasn’t being called names anymore, I had anxiety meeting and talking to people because I felt they made me look unattractive. The few friends I had in high school were quite supportive and never made jokes or negative comments, but I still felt as if I was carrying around a burden.

Even when I had love interests tell me they thought my face was actually attractive, I always just cringed at this acknowledgment of them. I felt the compliments were maybe just a way to win me over so I never really believed they could be genuine.

My self-esteem got so bad that I didn’t even want to look at myself in the mirror anymore.

So I tried to do something about it to get rid of them. Last year, when I was around 20 years old, I searched on Google how to remove them, but actually came across someone who was embracing their facial markings.

I was moved by how they shared their story, the challenges they faced growing up, the bullying, and the low self-esteem they encountered. It made me feel like I wasn’t alone in what I was going through.

So I reached out to them and actually arranged to meet this person face-to-face in January. The meeting was so therapeutic for me.

We shared the challenges we both faced while growing up and I truly started to feel like I wasn’t alone. It gave me a sense of connection with them – one I have never had with anybody else like us.

Ever since, I have been on a journey of self-acceptance. I’m starting to take baby steps, so my fear of taking photographs is slowly wearing off and I’m becoming a bit more confident in meeting people in public places.

Meeting this person gave me a kind of edge in my self-acceptance story. I saw someone who was just like me living boldly with their scars and it motivated me to love myself in a way I haven’t before. The thought of getting rid of my markings died down a little and I hope it remains that way.

Today, I have never been so confident about my face. Despite all the doubt, low self-esteem and the verbal bullying I faced years ago, there is somewhere deep down in my heart that is willing to embrace self-love.

I just hope I can be the same inspiration for others as that random Google search was for me.

In this exciting new series from Metro.co.uk, What It Feels Like… not only shares one person’s moving story, but also the details and emotions entwined within it, to allow readers a true insight into their life changing experience.