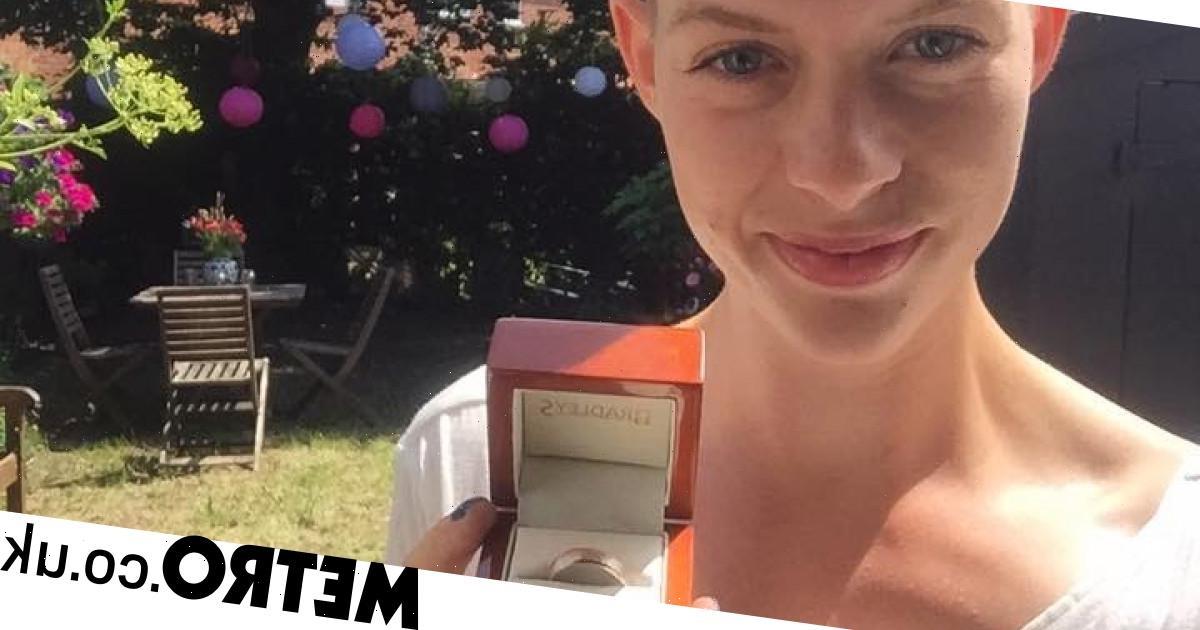 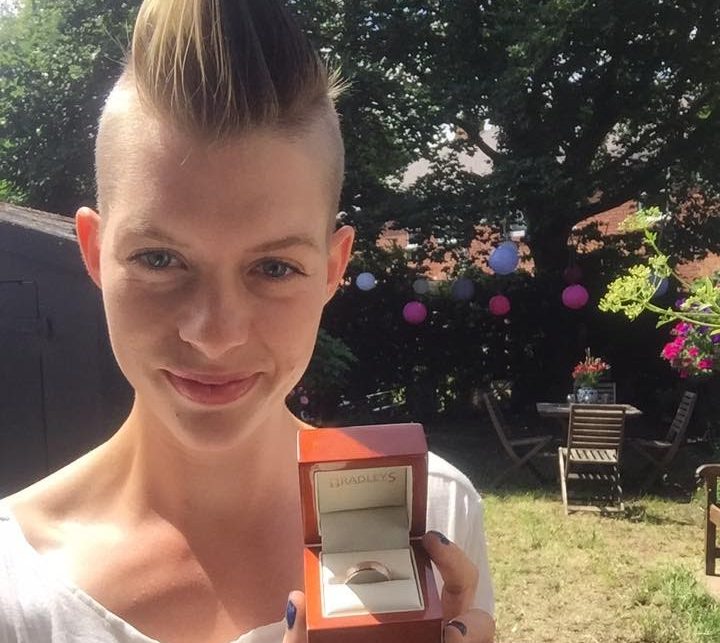 By that time we had been together for six years; this year will be our 10th anniversary.

The price of men’s engagement rings is on the rise, thanks to the fact that more women than ever before are proposing to their partners.

UK jewellery brand Taylor & Hart conducted a survey that showed that women proposing to their male partners has increased by 200% since 2010, and I am happy to count myself among their numbers.

Seeka and I met one sunny Thursday afternoon while walking down Coney Street in York, where we both live. He was on a BMX bike and caught my eye because he had an unusual punk style, with long blonde hair in a ponytail and a spike piercing in the middle of his bottom lip.

We said ‘hi’ to each other, and sat down outside Clifford’s Tower for an hour, chatting about our mutual love of cold showers and the versatility of eggs. We have been together since that day.

After a few years, when the topic of marriage came up, we agreed that we would only be properly engaged when each of us had proposed to the other. This was an important act of equality, and it meant that we each got to enjoy the unique thrills of both asking and being asked.

I knew I wanted to be the one to propose first. I didn’t know a single woman who had proposed to their boyfriend and I thought that was a real shame. I was eager to find out what the experience would be like, and I was planning for months.

As the day approached, our garden shed became the secret location for my stash of lanterns, ribbons, fairy lights, flowers, and champagne in preparation to decorate the garden.

I planned a full human treasure trail through the city, where each of our friends held a photo of me and Seeka together, and a clue to the next spot on the trail. They were thrilled to be part of the proposal and took to their roles with aplomb.

The first person on the trail was waiting for him directly outside of his workplace and was holding our first-ever photo together, looking extremely young and blurry at a house party in 2011.

The timing had been carefully planned: I had informants inside his workplace letting me know the exact time he was scheduled to leave for the day.

Every person on the trail was identifiable by holding a helium-filled white balloon, and the photos they held progressed in chronological order. The final clue led him to our back garden, where I made a very nervous speech, which I don’t remember a single word of, and then got down on one knee to ask him to marry me.

I was bizarrely terrified, given that I knew he would say yes. I do wonder what mad ravings I offered him in that speech, but whatever I said did the trick because he did, as predicted, agree to marry me.

It was exhilarating. I felt like I had pulled off a magic trick.

My partner is Latvian but has lived in York for 17 years. I asked his brother and his best friend to record a video that I could play to him on the day, giving their blessing and telling him how much they loved him, too.

After we had had a moment to ourselves, I gave the all-clear to the gang who were waiting at a nearby pub, and then the celebrations began. Our friends and family descended on the back garden for a huge engagement party. I am pretty sure we were dancing until 3am, and it really was one of the best days of my life so far.

I had never considered marriage before I met Seeka, but our relationship is so silly and so fun that it made sense for us to do it this way; to create as many opportunities for silliness and fun as possible.

Planning and executing a proposal gave me many, many gifts, not least a fiancé. It made me powerful; a decision-maker and action taker in my relationship and my life, not somebody who passively waits to be proposed to.

It gave me yet another opportunity to reel with gratitude and happiness at how exquisite my friends are, and how lucky I am to be surrounded by such an unreal network of brilliant people who cheer me on and join in with my plans with huge smiles on their faces.

The proposal was a team effort, and my marriage to Seeka will be too. I made a speech on the day of the engagement, thanking everyone for all of their help and emphasising that the success of mine and Seeka’s relationship shares much in common with the success of this brilliant day.

Both depend on a full life and good friends; both rely on help from the people in our lives; both are enriched beyond measure by the companionship of others along the way.

In August 2020, when I was walking with a cane due to an accident I had earlier in the year, Seeka proposed to me too. We went on a very slow, limping walk into town, and as we approached that very same spot in Coney Street where we had first met nine years before, he said: ‘I’ve written you a poem, would you like to hear it?’

The best part about this is that springing a poem on me was not so unusual that I would immediately know something special was afoot. He read that little poem off of a crumpled piece of paper like a 10-year-old at his school play, and then got down on one knee and offered me a ring that he’d made especially, with seven precious stones wrapped between two metal leaves.

I was taken completely by surprise and cried in front of the crowd that had assembled around us on that busy bank holiday Monday, as the whole square erupted into applause and cheers and whistles. We will probably get married sometime next year.

In the end, proposing to my boyfriend taught me the most about the value of all the relationships in my life, not just the one with my future husband.