“He’s the biggest help. I love this man,” she wrote over the image when asked, “How’s life now that Ryan’s home with the kids and new baby?”

Ryan, 30, checked himself into a 90-day intensive rehab facility in September and was not present for the birth of Jagger, his first son with Mackenzie, on October 9. The birth was documented on the Monday, December 3, episode, and Ryan was able to Skype in from treatment after the baby was born. 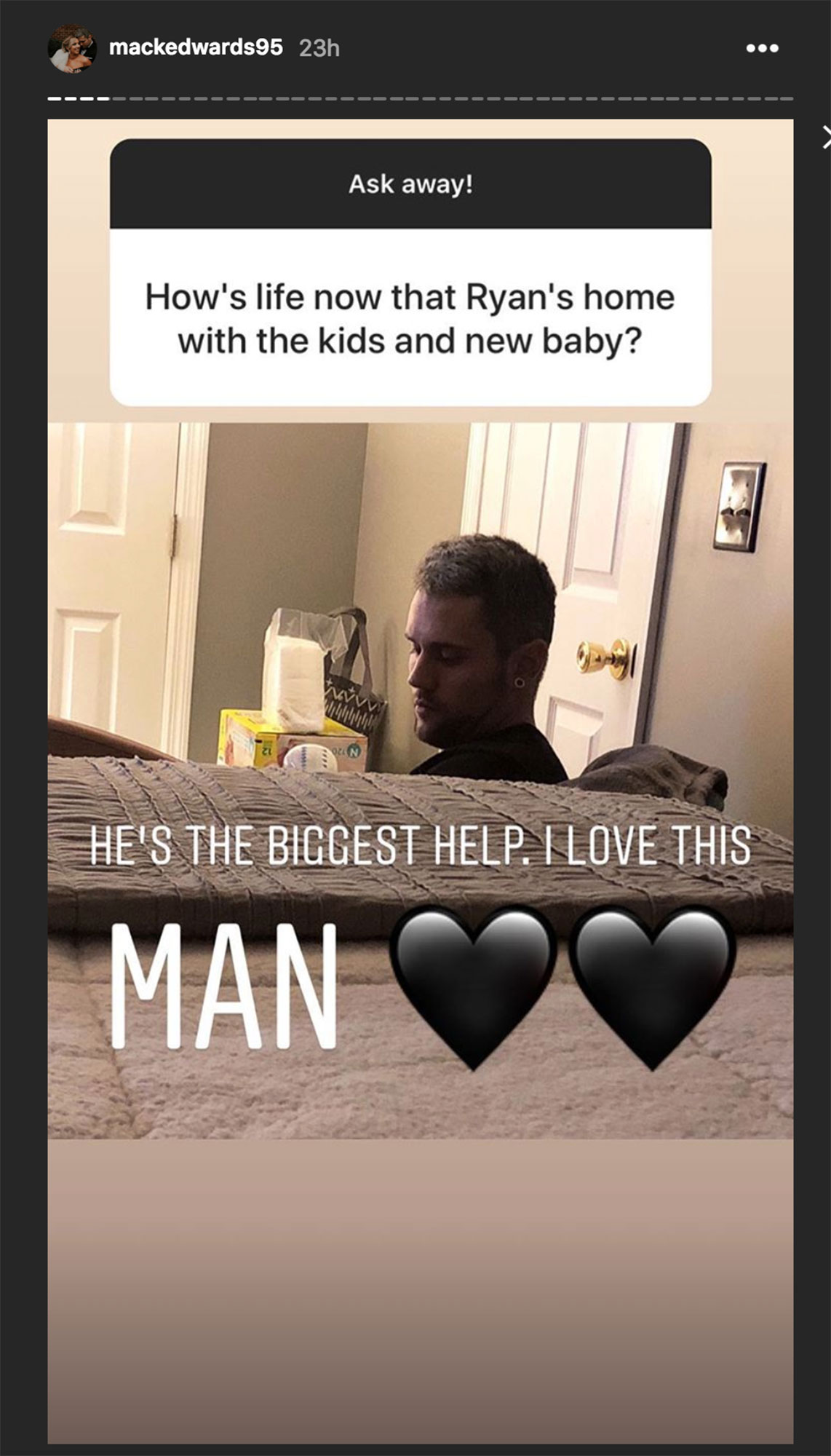 However, we won’t be seeing Jagger on the show. “I told MTV to piss off when they tried to film him,” Mackenzie wrote on her Stories on Tuesday. “They still tried their hardest. So now you guys get to hear commentaries about him which is super frustrating.”

Mackenzie also has a 4-year-old son, Hudson, from a previous relationship, and he has appeared on the reality show.

The mother of two also opened up about her up-and-down relationship with Ryan when a fan asked why she chose to stay with him through his drug issues. “Do you burn your house down when it’s dirty? No. Do you set your car on fire when it needs a new part? No,” she wrote. “Just because someone has a problem doesn’t give you an excuse to give up.”

In the Q&A, the event planner also revealed Jagger’s middle name is Ryan and raved over her husband in multiple posts.

“God has blessed me with the most caring husband and kids. It’s hard to be vulnerable and it means so much to have them in my corner. Don’t give up on love. It’s real. It breaks walls that have been build out of stone,” she wrote. “Thankful for a man who accepts me for who I am and what I have been through and supports me even when I feel broken. As much as I have been there for him, he’s been there for me 10x over.”