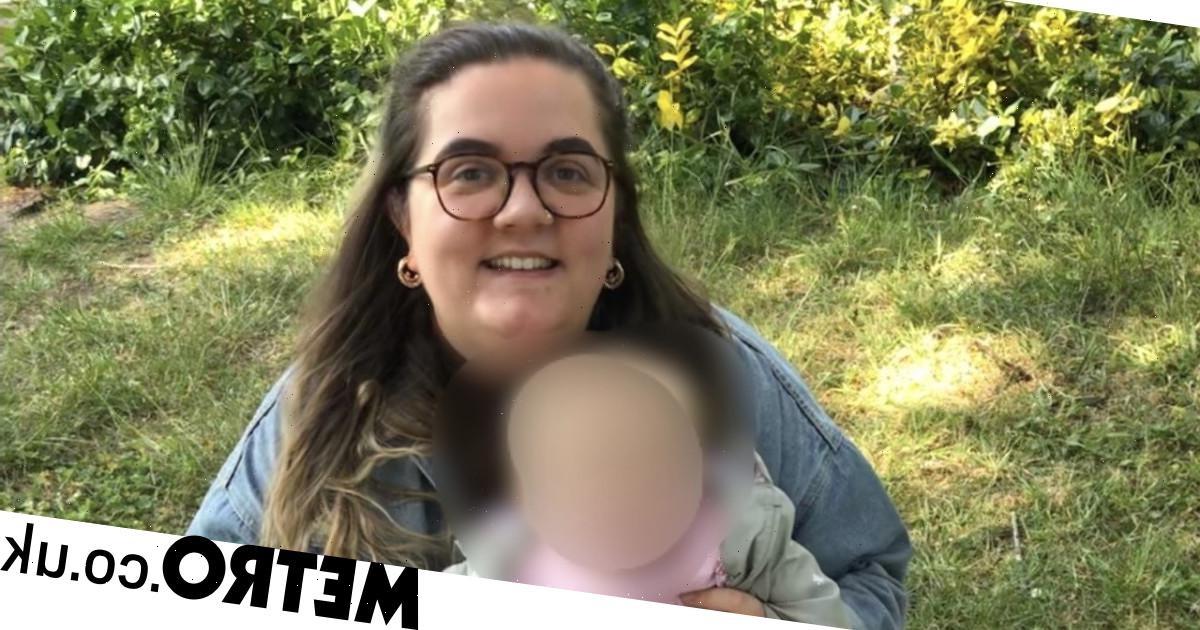 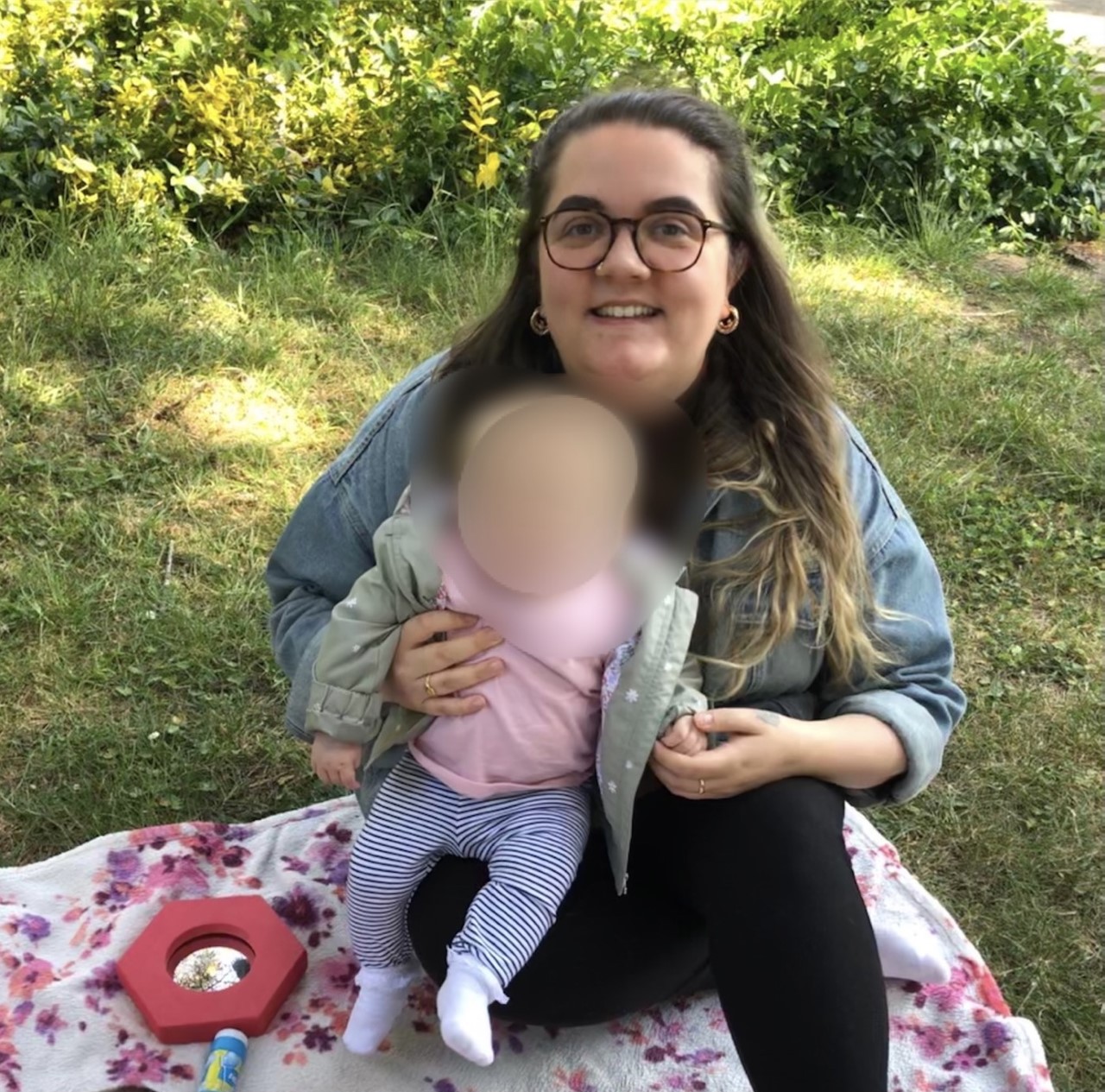 For many women, sharing the news with their partner that they are pregnant is a moment filled with endless joy and excitement.

But for me, it was one of the most difficult and heartbreaking conversations I have ever had to have.

I found out I was expecting in 2019. I knew that something wasn’t right when I was still being sick three days after a night out drinking, but nothing could have prepared me for seeing the word ‘pregnant’ flash up on the digital test I had bought earlier that day.

My baby’s father and I were not in a relationship and, although I knew that I always wanted to be a mum, this wasn’t part of the plan.

He made it very clear from the offset that he wasn’t ready for this, he didn’t want to be a father. I was devastated.

From then on, I knew I’d be continuing my pregnancy and parenting journey as a single mum. Not having a partner to support me through it all made me realise just how alone I was.

Right after I found out I was expecting, I frantically googled all kinds of pregnancy symptoms and sought out advice online from women who had been in the same situation as me. I quickly found that there was a distinct lack of information for single parents.

Online parenting forums featured women sharing how helpful their partners had been in helping them through their morning sickness and first trimester fatigue, and how happy they both were to finally become parents. During what was already an emotionally difficult time, this felt incredibly isolating.

When I eventually felt able to open up to friends and extended family about the pregnancy and how I was feeling – which was few weeks before my first midwife appointment – I was greeted with mixed emotions.

While the majority of people were happy for me, I couldn’t shake the feeling that some of them weren’t being quite so positive behind closed doors.

Nobody was outrightly negative towards me, but there were a few judgemental passing comments – such as ‘have you thought about this might affect the child when it’s older?’ – that made me feel extremely uneasy.

Then when I announced the pregnancy on social media, I immediately felt shame from old friends and acquaintances. I knew that people would be discussing who – and where – the father was and I was reluctant to agree to a baby shower as I felt that I didn’t deserve to celebrate in the same way that other mothers did.

As a young single woman going through an unplanned pregnancy, I didn’t feel I was worthy of the support that I so desperately needed. On top of this, I was constantly riddled with guilt for bringing a child into the world without a father. The overwhelming feeling of abandonment was a really heavy burden to carry during what should have been the happiest time of my life.

This fear of being judged meant that I didn’t feel comfortable accessing the same spaces as other women – like antenatal classes and online parenting communities – and it had a really negative effect on my pregnancy experience.

When I did access an antenatal class, it focused very heavily on the presence of a partner to ‘help’ and it just made me feel really lonely.

So, in search of advice specifically for single parents, I reached out to a charity that focused on this area.

They helped provide some guidance but when I asked about the logistics behind things such as birth certificates and parental rights when the father doesn’t want to be involved, I didn’t realise it at the time but I was given inaccurate information.

I’d later find out – while turning up to sign my daughter’s birth certificate – that the section relating to her father could just be left blank, which is not what I was told.

Throughout my pregnancy, one of the most difficult things about going through it solo was knowing that I would have no one to share all of the important pregnancy milestones with.

From hearing your baby’s heartbeat for the first time with just the midwife for company, to turning up to the first scan surrounded by happy couples in the waiting room, I was constantly reminded of the fact that my baby’s father wasn’t around.

Despite this, these moments were also filled with excitement and were a stark reminder of how far I’d come and the resilience I had developed throughout my pregnancy.

Although I struggled to find resources for single parents throughout my journey, I eventually came across a fantastic app through an advert I saw on social media, which connects mums with other parents in their local area.

Through this app, I am really grateful to have built amazing relationships with other single mums, both at the later stages of my pregnancy and after the birth. These women really helped me through some of the darkest moments, and some have remained an important part of mine and my child’s life.

In the end, the birth didn’t quite go to plan and I ended up delivering via C-section under general anaesthetic after five days in hospital.

Although my mum was able to support me before and after surgery, I was not allowed to have someone in the room due to the nature and urgency of the procedure.

Once back on the ward, I found myself to be the only woman without a partner. Having to wait for a midwife to come and help me feed and change my baby during that first night as a mother – while every other woman had the support of their boyfriend or husband – reinforced the fact that even with my baby in my arms, I still felt isolated.

My daughter is going to be two in October, and although there have been times where I really could have done with an extra pair of hands to help me through hospital trips, doctors appointments, sleepless nights and toddler tantrums, I really wouldn’t have it any other way.

My experience shows that there needs to be a complete shift in how we view single mothers and the inequalities that they face.

We are more likely to experience mental health issues and far more likely to live in poverty due to the lack of an additional income, low rates of child maintenance payments, gender inequality in the workplace and increasing childcare costs, according to the Child Poverty Action Group.

I have experienced this personally. Although my employer has been very supportive and I am able to work part-time in my job, I often find myself with no money left at the end of each month. I’m regularly faced with financial decisions that I know would be much easier if I had a partner to support me.

To help single parents, offering support groups, networking opportunities and expanding the services offered by charities and government services, would be a good place to start.

Finding my place in society as a single parent was difficult for me; by creating welcoming and inclusive safe spaces for single mothers, run and advocated by other single mothers, I am certain that far less of us would feel so alone.

Many single parents are completely unaware of what help is out there, and the services such as the benefits system and access to health visitors specially trained to support single mothers need to be far easier to navigate.

I don’t know what the future holds for my daughter and I, but what I do know is that I am raising an incredibly kind and intelligent little girl who lights up every room she enters.

I want other single mothers to feel empowered – not powerless – and to know that they are capable of becoming amazing parents all by themselves.