It was predicted to rival J.K. Rowling when it came to books about Harry.

But it seems the boy who was made the spare won’t be outshining the boy who lived anytime soon, with Prince Harry’s much-hyped memoir failing to garner a royal rush in Australia. Anticipating lines out the door, Sydney’s Dymocks bookstore opened half an hour early and ordered a mammoth 2000 copies of Spare, ahead of the book’s global release date on Wednesday. 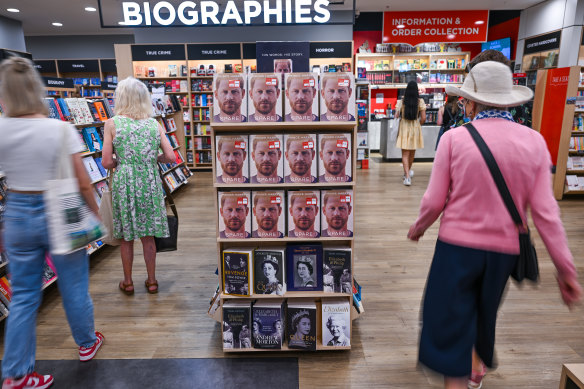 Instead, those eager to grab a copy on Wednesday morning were greeted by an abundance of neatly stacked piles of the tell-all autobiography. The store’s general manager Jon Page described the morning as a slow burn.

“We weren’t really sure what was going to happen. We didn’t have that bigger crowd, but since we’ve opened, it’s been a steady stream of customers,” he said.

“I think the hype has been very close to Harry Potter. [For that] we did have the lines, but I think maybe because it was a children’s book, there were people more unencumbered to express their emotions for a book and therefore more [people] keen to come out early and line up.

“But we haven’t seen a book like this for years and years, so it’s very exciting to have a big book release like this.”

It was a similar story for bookworms scouring Dymocks’ shelves in Melbourne’s CBD on Wednesday morning. Most bypassed Prince Harry’s tell-all memoir despite the autobiography breaking sales records in Britain.

Harry’s recent promotional interviews for the book have generated widespread publicity due to his accusations towards the royal family, including his father King Charles, stepmother Camilla and brother Prince William.

Cynthia Lopez, a 35-year-old from Sydney holidaying in Victoria, was one of the first to buy the memoir at Dymocks’ central Melbourne store.

“I’m just very curious about it. I think we want to hear his version from all this time because he was always a little bit different from the rest of the family,” she said. 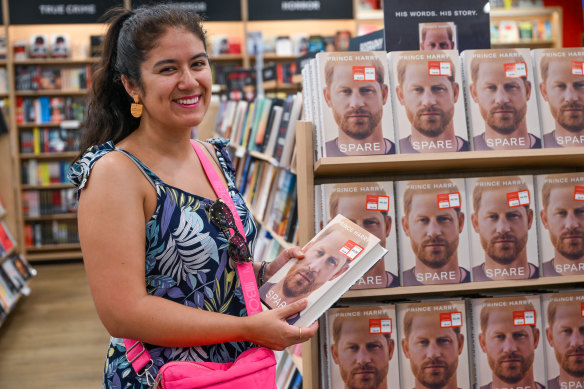 Lopez said Harry’s sensational interviews – which included accusations that his elder brother Prince William had physically attacked him on one occasion – had not changed her perception of the royal family, but said: “Maybe at some point, [Harry] might regret it.”

For Diana fan Anne-Marie Bridge, it was the bookstore’s displays that caught her eye on George Street, Sydney, on Wednesday morning.

“I thought it wasn’t ready yet, and I saw the sign and thought I better jump in and get it now,” she said. 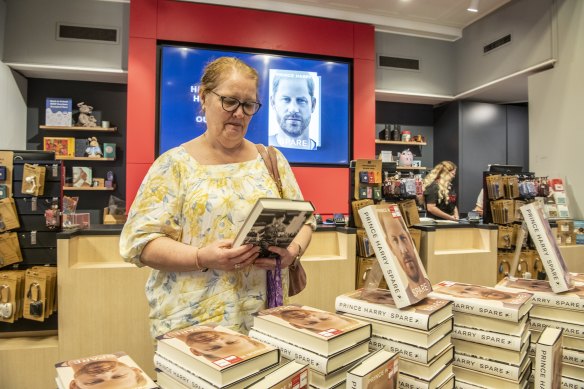 Diana fan Anne-Marie Bridge was eager to get a copy of the book early. Credit:Steven Siewart

“I think it’s going to be a good insight into the second child. I was a Diana fan. I’m not a fan of Meghan. I wouldn’t say I’m a nutter about [the royals] but I am interested in their lives. I mean, they are everywhere aren’t they?”

Prince Harry’s book publisher said in a statement the book had become the UK’s fastest-selling non-fiction book ever. But Claire White, who was working at Dymocks on Melbourne’s Collins Street when the book was released at 10am, said at around noon that “the interest [was] lower than anticipated”.

“It’s obviously like a historical book … but I feel like maybe people are kind of sick of him now because he has been selling his story a lot already,” she said.

“There’s still a bit of interest and a bit of a buzz about it, but just not as much as you would anticipate.”

White said Dymocks’ central Melbourne store, which was one of the biggest bookshops in the CBD, had only received 13 pre-orders for Harry’s book.

Steven Hill, a 48-year-old holidaymaker from Tamworth in regional NSW, didn’t buy the book and said many might skip reading because he felt it wasn’t a positive, upbeat story.

“[The] public perception is that he sold out his family story for financial gain, which is sort of seen to be not ideal,” Hill said. 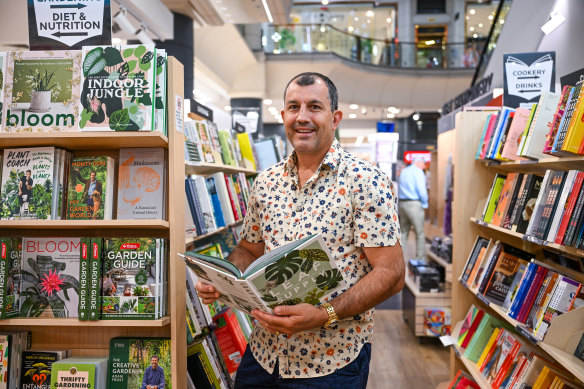 Book shopper Steven Hill was one of many to ignore Prince Harry’s book upon its release on Wednesday.Credit:Joe Armao

Queen Elizabeth II fan Chris O’Farrell also grabbed a copy of the memoir on Wednesday with a desire to hear things from the prince’s perspective.

“I just wanted to see from his point of view, what his perspective is on a lot of things that have been going on over the last couple of decades,” he said. 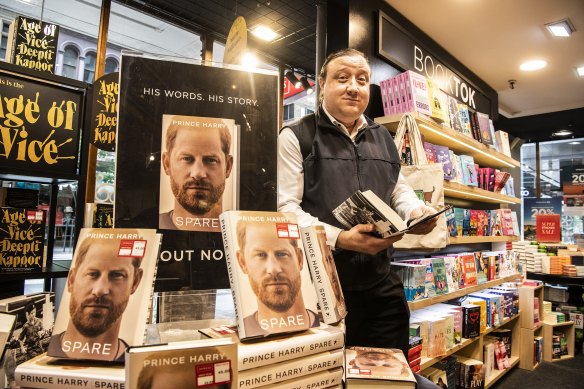 Reader Chris O’Farrell confessed he was a bit of a republican, but was a big fan of Queen Elizabeth II. Credit:Steven Siewart

But Protimay Daryanani, a 52-year-old UK-raised lawyer, bought the book partly to try and understand what was provoking Harry to detail his broken family relationships in public.

“My family’s Indian, I grew up in England, I just think you don’t wash your dirty laundry in public, ever,” she said.

Daryanani said she vividly remembered when Harry’s mother, Diana, died in car crash and cared about the younger monarch.

“I had a lot of sympathy for him and Meghan, but I think that has been undone a little bit,” she said.