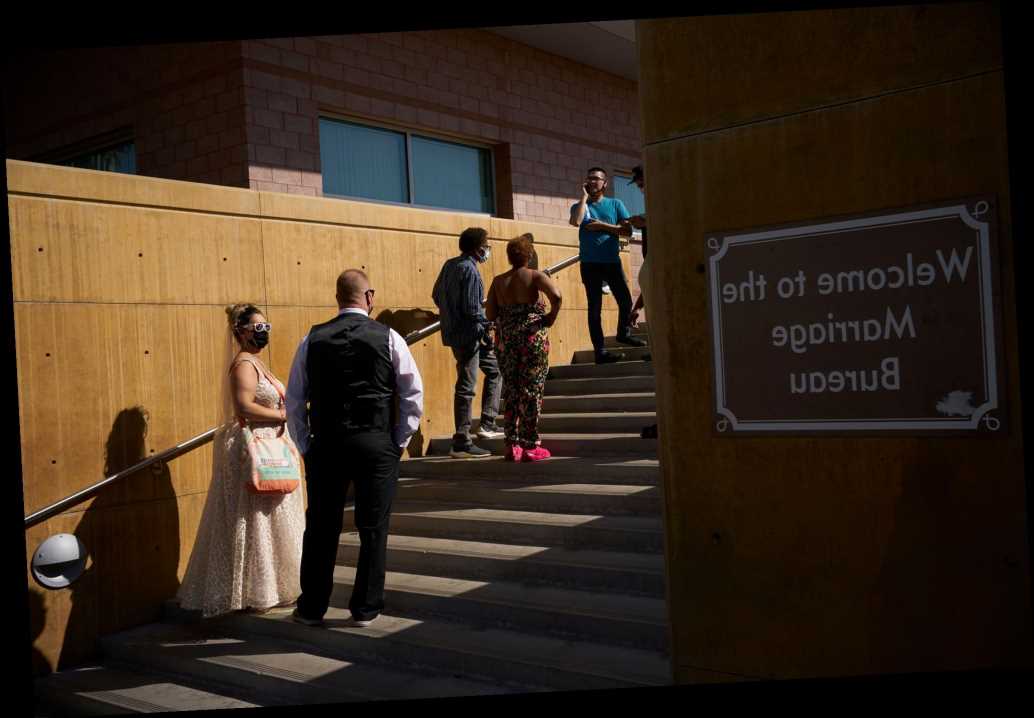 Talk about a date to remember!

On Friday, hundreds of couples lined up outside of a marriage license office in Las Vegas to obtain licenses for the unique date of 4/3/21, according to a report from the Associated Press.

Jeff Klein, a spokesman for the Clark County Marriage Bureau, told the outlet that nearly 700 couples obtained licenses to tie the knot on the unique date. The clerk's office marked the special date with special marriage certificates, the AP reported. According to Goya, April is a busy time for couples to tie the knot and past dates with notable numeric sequences have seen more than 1,000 weddings in a single day.

Looking ahead, the Las Vegas bureau office is preparing to see a large number of couples for the first 10 days of December later this year. At that time, the dates will read as palindromes — numbers that read the same both forward and backward.