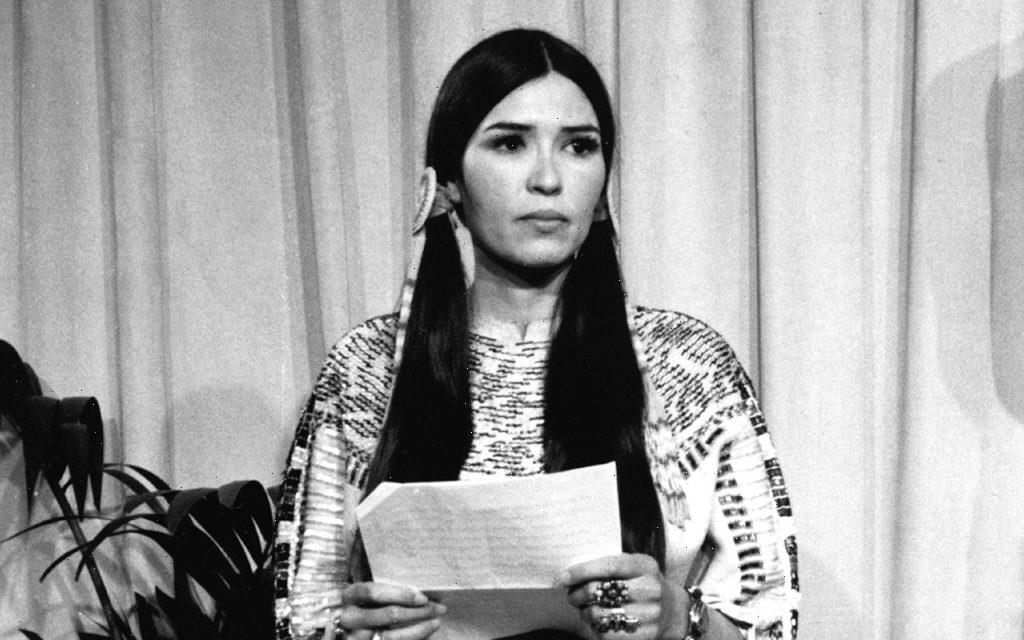 On Saturday, a bombshell report from the opinion pages of the San Francisco Chronicle whipped up #NativeTwitter into a frenzy. The report, authored by Jacqueline Keeler (Diné/Yankton Dakota Sioux), claimed that venerated White Mountain Apache/Yaqui activist Sacheen Littlefeather had fudged her identity and, according to Littlefeather’s sisters, wasn’t actually Native.

This comes four months after the Academy of Motion Picture Arts & Sciences sent Littlefeather an apology for her mistreatment at the 1973 Oscars, when she stepped in for Marlon Brando and declined the award because of Hollywood’s portrayal of Native Americans.

And it comes mere weeks after Littlefeather’s death.

For the controversial reporter Keeler, who’s been accused multiple times of conducting unethical and racially charged “witch hunts” to “out Pretendians,” the timing seemed awkward at best and arch at worst.

Not only that, but Keeler’s article has stirred up a lot of complicated emotions for Native people, myself included. As an enrolled tribal citizen (Muscogee/Cherokee), who is routinely told that I “don’t look Native,” despite having a mother who was a near full-blood, I become extremely disheartened when I read any story about so-called “Pretendians” — that is, non-Native folks who falsely claim that they belong to a tribe.

So-called Pretendians create quite a bit of damage — taking positions away and claiming space from actual Native people whose voices they have spoken over or replaced.

But with Littlefeather, it’s more complicated than many people — particularly non-Native people — think.

First off, we’re the only race that has an actual card telling you how much Native blood you have. (You might be curious about my blood quantum, but other Natives, some in my own family, would chide me for sharing that info.)

“It’s nobody’s business,” they would say. And that’s true.

“You’re only playing into the colonial mindset.” True again. After all, won’t I just be inviting non-Native people to weigh in?

“Blood quantum is bullshit.” I agree. Why would tribes want to depopulate themselves by limiting who qualifies as a tribal citizen?

Native identity should be simple. Either you are or you aren’t, right? And for some people, it is.

But even as someone who has so-called “proof” (tribal identity cards, a Certificate of Degree of Indian Blood), it hasn’t been simple for me. Yes, I grew up in Oklahoma, where my tribes are based, but I lived in cities — not in small rez towns a la “Reservation Dogs.” I only know a few words of my tribal languages, and I’m not what you would call “tradish.”

“Am I Native enough?” is a question that has haunted me for most of my life — or at least my life after I told my mom as a child, much to both of my parents’ horror, that I didn’t want to be Indian. I just wanted to fit in.

As a journalist who has interviewed many Native people, I’ve noticed that that question comes up a lot. That just goes to show the effects of a people who are constantly fighting to not be wiped out.

So what about Littlefeather?

First off, I don’t presume to know about her tribal connections. What I do know is that she has been a strong voice in the Native community and that she has created space for other Natives to feel empowered in their Indigeneity.

Also, since citizenship requirements vary from tribe to tribe, that connection is her tribes’ call — not mine or anyone else’s.

But not only that, what many people don’t understand about Native existence is that some Natives aren’t enrolled. Some Natives are reconnecting with their tribes. Some Natives don’t have enough “Indian blood” to register because of blood quantum minimums. And some Natives have had their tribes nearly erased to the point that organized citizenship records simply don’t exist.

It’s a mess, this Native life. And for a reporter to go after a deceased woman who was just honored for her contributions to Native American existence, who claimed the Yaqui Nation — a tribe that has fought extinction, partly by moving from its origins in Mexico to Arizona — has understandably riled up a community that feels constantly threatened by erasure and genocide.

And to be targeted by one of your own is especially troubling.

While Pretendians are genuine threats to Native people, sucking the oxygen from authentic Native voices, the vicious practice of trying to destroy reputations posthumously doesn’t feel right, either. Especially when the writer has been called out for faulty reporting in the past.

The Native community has a lot to be proud of. After all, we’re still here — a sentiment I’m humbled by and grateful for, given that my ancestors literally walked the Trail of Tears to get to Oklahoma.

We also have a lot of other issues that need investigating — land and water rights, Missing and Murdered Indigneous Women and tribal sovereignty, for starters.

But even knowing my family history, I still have insecurities about how Native I am. Do I know enough about my tribes? Is my hair dark or straight enough? Are my eyes brown enough? Is my skin the right color? It’s ridiculous, I know, because Natives come in every shade.

With my own questions always haunting me, though, the last thing I want to worry about is that I’m not Native enough for someone else.

Laura Clark (Muscogee/Cherokee) is the deputy editor of In The Know by Yahoo and the global co-lead of the Yahoo Native Americans Employee Resource Group.