"Going into the chemistry read, I was like, ‘How do you measure — how do you gauge chemistry? What is that?’" KiKi Layne, who plays Tish in If Beale Street Could Talk says of her first interaction with co-star Stephan James, who takes on the role of Fonny. But things worked out for them on that front. The chemistry between the two leads was deemed by their Oscar-winning director Barry Jenkins (among others), to be more than acceptable, and in the film, it pours through the screen from the moment the audience first lays eyes on the young couple. Mild spoilers ahead.

It was this chemistry that led Layne and James to be able to act out an incredibly striking sex scene between their characters. Fonny and Tish have been friends for their entire lives, but have only just realized that they’re in love with each other. After a night out, they keep quiet in Fonny’s dark apartment and get undressed very slowly, with Fonny eventually putting a blanket around Tish while she sits naked on his makeshift bed on the floor. It’s deliberate, calm, and almost uncomfortably long — not because of the sexual nature of it, but because it feels so private and special.

"I think what’s beautiful about that intimacy scene is that, even though there’s no dialogue, we are still very much in conversation with each other," Layne says, speaking over the phone ahead of the film’s release. "Just, you know, checking in. Especially Fonny checking in with Tish, like, ‘Is this OK?’ Even if he doesn’t say it, you can feel him asking for permission, asking to continue." 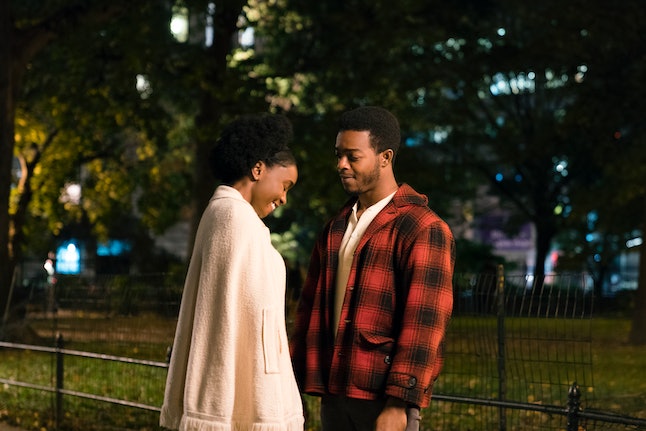 James explains that it was necessary that they stay true to the work of author James Baldwin, who wrote the novel from which the film is adapted. "I think it was important for [the love scene] to be shown in that way because that’s how Baldwin describes it," James says. "He’s very delicate and very descriptive. And sort of, for me, I heard his words as we were planning out that scene."

The length of the scene and the slowness of it will stand out to audiences, who are more used to rushed, frantic sex scenes in movies. This stood out to Layne, too. "I remember the first time that we did it thinking to myself, ‘Man, it takes a long time to get undressed!’" she says with a laugh. "But it does. And for what that moment represented, it had to take even more time, and so I’m thankful that Barry allowed that scene to live in the time that it actually needed."

James says he didn’t realize just how long the scene was until he watched it himself. "Everything that happens in that scene is so intentional, but you sort of get lost in that moment, and honestly, I never realized how long the scene was until saw the film." Like Layne, the actor also praises his director for letting the moment continue the way it does: "Big credit to Barry Jenkins that he was able to just leave the camera there and let that moment play out." 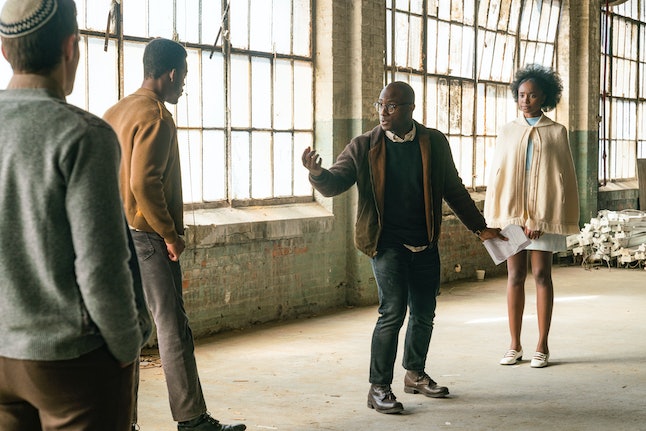 Both actors believe that the reason why their connection is so palpable is because they were willing to really put themselves out there from the start, from that first chemistry read. "I think it was just we both accepted the importance of the material and were just willing to give ourselves to each other," James explains. "And also when you have a guy like Barry Jenkins who helps you break down those walls and helps you find sort of an intimate space, despite being on a film set that can be kind of crazy at times."

Layne says they were willing to let those walls down "a lot faster than what might be a person’s normal go-to for interacting with a stranger" She says, "I think we were just both so committed to being as truthful and honest with this love story and just understood that the love between Tish and Fonny is the story."

To see Tish and Fonny’s love story play out for yourself, catch If Beale Street Could Talk in select theaters on Dec. 14, expanding wide on Christmas Day.