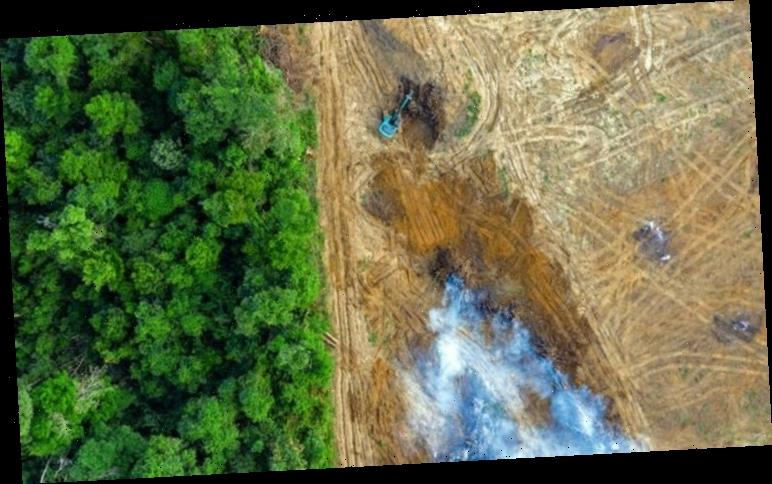 It was November 2017 and I was visiting the remote area of West Kalimantan in southern Indonesian Borneo to check the facts around palm oil production. It is a vast island and one of the most biologically diverse places on the planet. It is also the epicentre of the booming palm oil industry. What I saw was an environmental disaster zone involving the replacement of vibrant, diverse rainforest with sterile palm monocultures.

Forests and human settlements had been replaced with “green deserts” containing virtually no wildlife or people. Illegal deforestation, industrial-scale draining of swamps, the devastation wreaked by forest fires, displaced communities and animals being killed were all plainly evident.

I talked to indigenous communities who had inhabited and protected their forest home for generations, only to be brutally driven from their land.

My lasting memory was travelling far into the remaining rainforest with local people. After several hours, moving slowly by boat and on foot, we came to a break in the dense vegetation… to be faced with a scene of apocalyptic devastation.

Acres of jungle had been razed to the ground, leaving just charred stumps of trees. As we looked out on the scene, one of the Dayak guides turned to me and, via a translator, said, “So, are you going to do something about this?”

Thus was born my faltering promise. And, as I left that fragile world, I was determined to work out what that “something” was during my long journey home. 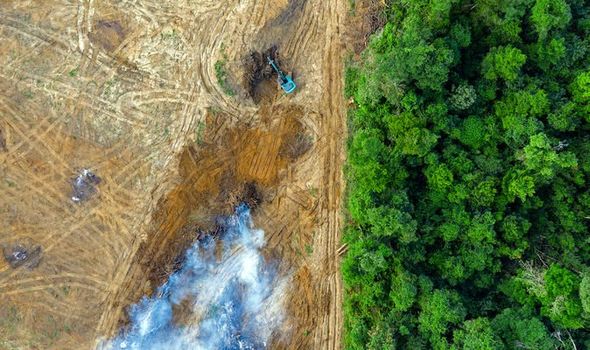 I’d spent so long avoiding working for the family firm that when my first day at Iceland Foods came, reporting for duty as a trainee shelf-stacker at Greenford in west London – store number 1217 – I was surprisingly nervous. For the first three decades of my life, I’d desperately tried not to follow in my father Malcolm’s footsteps.

I knew everyone would say I could never match his track record as founder and chairman of Iceland, so I ploughed my own furrow; graduating in geography from Durham University and qualifying as a chartered surveyor before setting up my own property companies.

But in 2010, we received the devastating news my mother, Rhianydd, had developed early-onset Alzheimer’s disease at 64. Then in 2012, my dad led a £1.55billion management buyout of the company, effectively putting it back under family control.

Sooner or later, I stood to inherit a major shareholding in a business of which I had only second-hand knowledge. I wanted to protect the legacy of the business my dear mum had named and jointly founded; and her illness also made me acutely aware that life is short.

Since early-onset dementia is often a hereditary condition, I realised I might only have 20 years left to get things done. 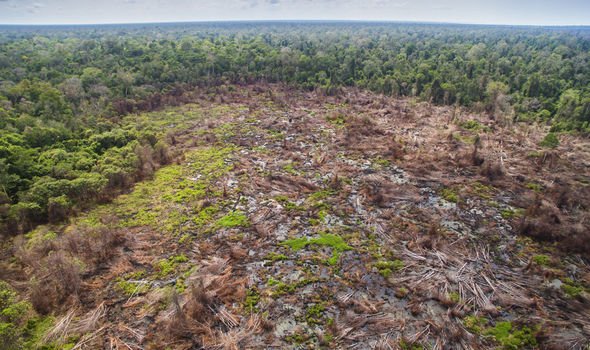 So, after giving it a lot of thought, I arranged to meet Dad and tell him I wanted to give Iceland a try.

Having finally joinied the company in 2012, after 12 months of in-store training I was dispatched to Iceland’s head office on Deeside Industrial Estate in North Wales. Even then, confidence was a recurring issue – I hadn’t earned the right to be there.

As “Walker Junior”, I had some pretty large shoes to fill. So how on earth was I going to make my own mark? When I took board responsibility for sustainability in 2017, it was clear I needed to set out an agenda that was not just about planetary sustainability, but business sustainability as well.

We have to maintain prices at levels so hard-pressed customers can afford to feed their families. And we must ensure the business can generate a profit. Profits that 30,000 people depend on for a pay cheque each week and enable us to keep doing good.

We serve more than five million customers every week in 1,000 stores across the United Kingdom and, in many ways, our business is a barometer of modern Britain.

But I have travelled the globe as a climber and a surfer and met extraordinary people, developing a deep love of the natural world. 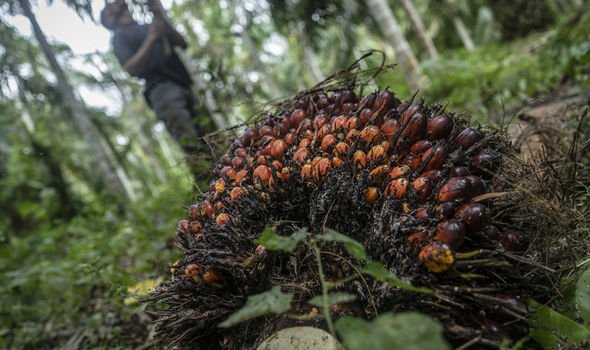 It occurred to me that as a business serving the most deprived communities, we had an authority to advocate environmental solutions for everybody. Indeed, it was the knowledge that I could do something that kept me working in the business.

ONE such issue took me to a world far removed from the UK High Street, a place where not only was I confronted with the stark environmental reality of our ignorant sourcing decisions, but the devastating social injustice they caused.

I was aware of growing environmental concerns about palm oil. Rainforest clearance in South East Asia is happening at an unprecedented rate to make way for palm tree plantations. Rainforests are vitally important as a carbon sink, absorbing vast quantities of CO2 from the atmosphere. When trees, plants and the animals they support die, they add carbon to the soil. But palm oil demand has led to an explosion of plantations,
particularly on a few islands in Malaysia and Indonesia, which account for around 90 per cent of global production.

By late 2016, we began assessing the practicality of removing palm oil from our own- label food. Many people told us getting rid of it was impossible. Not only would it require
redesigning recipes, but also completely changing the manufacturing lines on which they were produced. 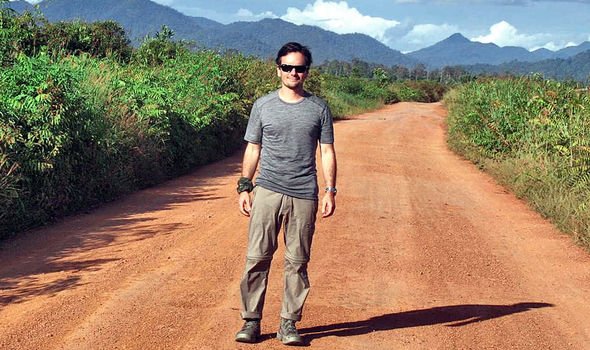 Our chefs and technicians worked with our suppliers on product reformulation for 18 months before we were ready to announce in April 2018 we would stop using palm oil as an ingredient by the end of the year. Until we made our pledge, customers effectively had no choice but to consume palm oil in many types of food. The reaction was extraordinary and not everyone was pleased.

An organisation emerged, claiming to represent small farmers but set up by several Malaysian groups and, with the help of Western PR firms, launched a vicious social media campaign against me.

Then in May 2018 the BBC aired a documentary called Red Ape, which showed how the unchecked expansion of palm oil plantations directly threatened the survival of the critically endangered orangutan, our closest relative on the planet. These gentle, intelligent animals are capable of showing great emotion.

They can quickly learn how to use human tools, such as saws and hammers, and mourn the loss of others. Orangutan mothers stay for six to eight years with their offspring, who come back to “visit” until their mid-teens.

In fewer than 20 years, the Bornean orangutan population had halved to perhaps only 70,000 by 2018. Two months later, I saw a Greenpeace animated film called Rang-Tan, with a voiceover by actress Emma Thompson. 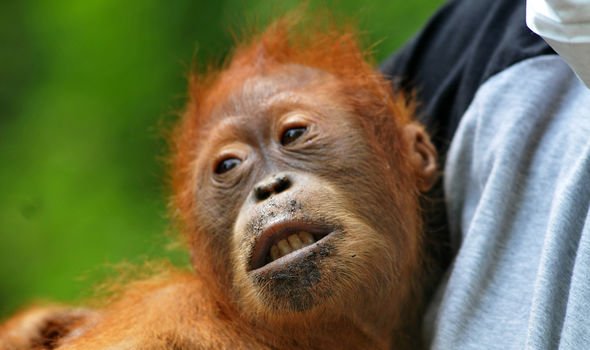 It featured a cartoon orangutan explaining to a young girl why the destruction of her forest home for palm oil and loss of her family had forced her to take refuge in the girl’s bedroom. It moved me to tears.

I showed it at head office, and the team thought it so powerful that if we could “borrow” it for our Christmas TV advertisement, we would blow our seasonal competitors out of the water and provide a huge boost to the campaign to put pressure on big brands.

So I was shocked to be told by the advertising watchdog it could not be shown because it had been made by Greenpeace and contravened the UK’s ban on political advertising.

But then it was suggested to me that the situation might actually be an even bigger opportunity. So on November 9, I tweeted out a message with a link to our “banned Christmas ad”. It was immediately clear the public were genuinely shocked that it hadn’t been allowed on TV. By the end of the day, the video had hundreds of thousands of views. By the end of the week, millions.

Celebrities like Stephen Fry, Ricky Gervais and James Corden began sharing the ad with their enormous fan bases and within a few weeks our banned ad had been viewed tens of millions of times.

A month earlier, palm oil was still a fairly niche environmental issue. Suddenly, everyone was talking about it. I was contacted by politicians and even a senior cabinet member offering help.

Most importantly, we had contributed to the global pressure that led the certification body Roundtable on Sustainable Palm Oil in November 2018 to announce its commitment to achieving zero deforestation within two years. And to the world’s largest palm oil trader making a “breakthrough pledge” to map and monitor all suppliers.

Since then, the Malaysian government has promised to cap the country’s oil palm plantation areas at about 6.5 million hectares by 2023 and has started forest restoration and wildlife conservation.

The fact that our initiative didn’t boost our sales was of no consequence. Yet even as the palm oil industry in South East Asia starts to show signs of reform, I cannot claim my
conscience is now clear – far from it. Other everyday commodities are causing tragedies elsewhere… but that’s another story.