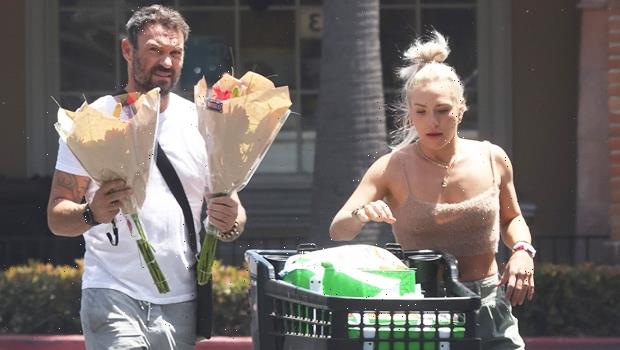 Brian Austin Green and Sharna Burgess have been going strong for more than half a year – so is there a ring in their future? HL has EXCLUSIVELY learned this romance is the real deal ‘for the both of them.’

Though Brian Austin Green’s last marriage didn’t work out so well – just ask Megan Fox. Yet, it appears that he’s willing to give married life another shot, especially since he’s nine months into a relationship with Sharna Burgess. After these two first sparked romance rumors in December 2020 – which they later confirmed at the start of the new year – they’ve been living their best lives. Sharna, 36, “has never been this happy,” a source close to the couple shares EXCLUSIVELY with HollywoodLife. “Neither has Brian and it shows.”

So, does that mean that a walk down the aisle is in the future? Brian, 48, “would get married again,” the source tells HollywoodLife, “and Sharna is great with kids.” The Beverly Hills, 90210 alum has three children with Megan, 35 – Noah, 8, Bodhi, 7, and 5-year-old Journey — as well as a 19-year-old son, Kassius, from his relationship with Vanessa Marcil. Both Brian and Sharna, per the insider, think this relationship “is it for the both of them. It’s very real and they pair very well together and now have a lot of the same friends. They’re both very chill, ‘down-to-Earth’ people.” 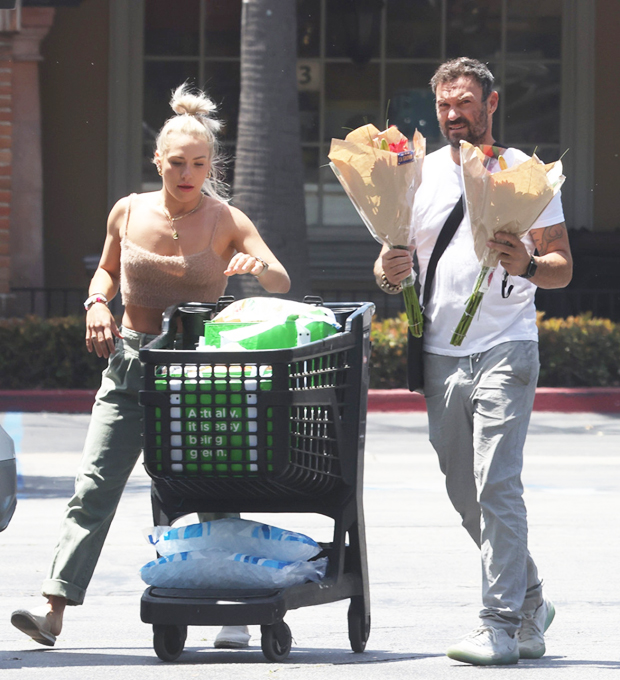 The love between Sharna and Brian was never more evident than in the message the Dancing With the Stars pro wrote for Brian on his birthday. “You are my best friend and my favorite human,” wrote Sharna. “it’s hard to imagine before you because this somehow feels like it just always was. I truly never knew it could be like this. That my happiness could find a whole new level. That life and love and all things in between could feel so inexplicably deep and connected and transparent and …. Right. Loving you is the easiest thing I’ve ever done and I’ll celebrate your existence today and all days, In all the ways, always.” 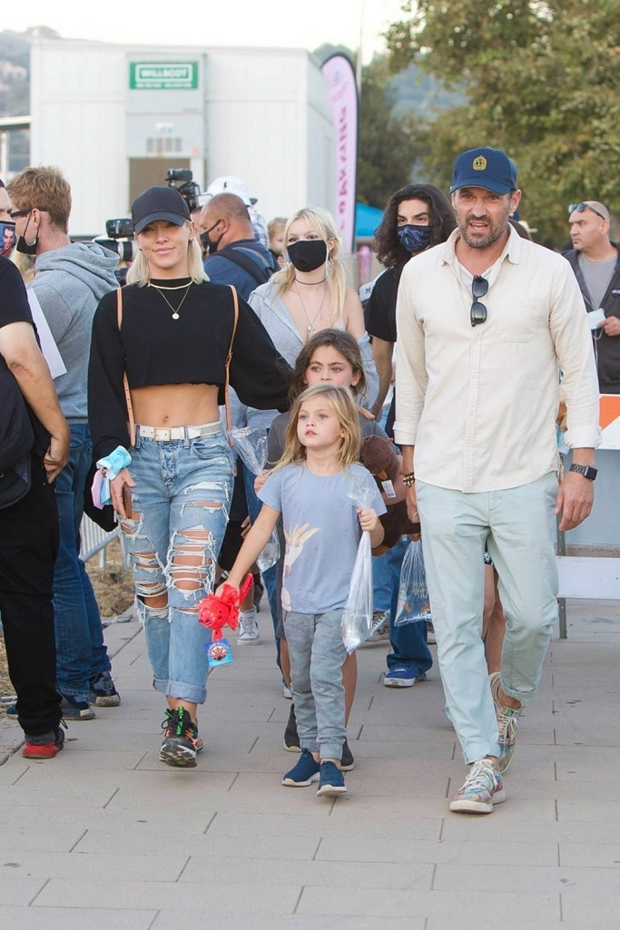 Brian returned the love during a press event for season 30 of DWTS. Brian will join Jojo Siwa, Olivia Jade, Mike “The Miz” Mizanin, and others as part of that season’s cast, and he praised Sharna for being “extremely kind and helpful” ever since he decided to do the show. ““We realized together that this is a really unique opportunity. I really look at this as a really cool way of understanding who she is professionally and something that she’s been passionate about and done her entire life,” Brian gushed. “It’s really a cool way of getting to know her … I don’t know how much, how many more opportunities I will have for something like this. It was the perfect storm. Everything just matched up.”