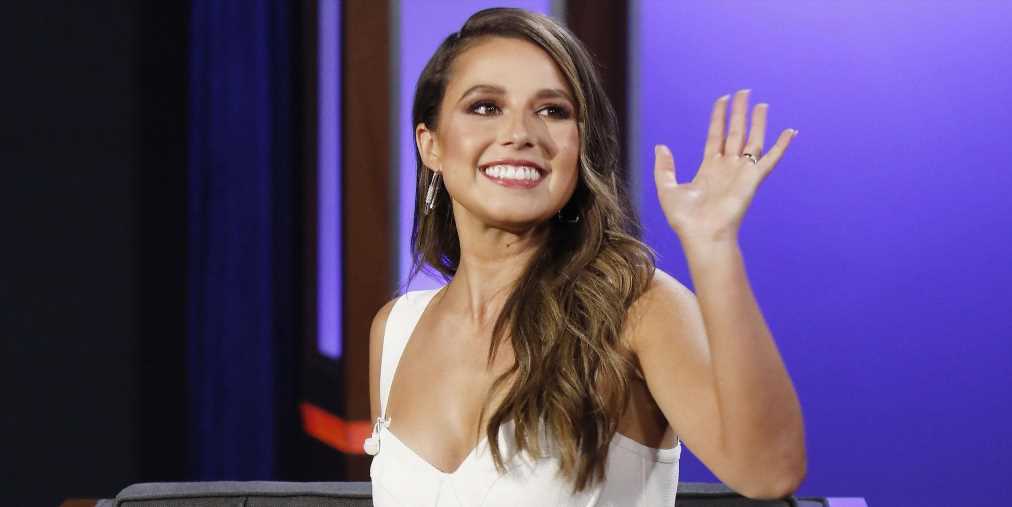 Being The Bachelorette is a big responsibility. There are weeks of filming, dozens of dates to go on, drama to deal with, Champagne to toast and drink, and much more. But, it’s all worth it in the end, because love. The Bachelorette does have a better relationship track record than The Bachelor. But, even if the leading lady doesn’t get that Neil Lane sparkler or lasting romance, they still make a lot of money.

The actual salaries The Bachelor and The Bachelorette leads earned have been a big mystery, until now. A few members of Bachelor Nation shared how many zeroes actually appear on their paychecks in a new podcast episode. Curious about how much The Bachelorette makes? Here’s everything to know about what Katie Thurston and other Bachelorettes can earn on their journey to find love:

Early Bachelorettes didn’t make much, since the show wasn’t as popular then. But for the past few seasons, the average Bachelorette has made around $100,000 per season, Fox Business reports. But that number can vary, like when Emily Maynard from season 8 negotiated her salary all the way up to $250,000—a hefty chunk of change.

Bachelorettes make more than Bachelors do.

Jason Tartick (Kaitlyn Bristowe’s fiancè!) and Dean Unglert got together on Jason’s podcast, Trading Secrets, to share their salaries from The Bachelor. While neither guy actually went on to become a Bachelor, Dean says he was offered $75,000 to be on season 22. Jason had a slightly higher offer of $100,000 to be on season 23, per People. (His fellow contestants Colton Underwood and Blake Horstmann were also offered that much, btw, per Page Six.)

“These are things that Dean and I have talked about over and over and over again in the past. But for some reason, maybe we’re just not asked, or most people don’t feel comfortable because of the stigma of talking about money and addressing it,” Jason said.

Jason and Dean confirmed that Bachelor and Bachelorette contestants don’t make any money for their appearances. They actually end up paying a lot to be on the show, though. Previous contestants have opened up about spending big bucks on wardrobe, makeup, hair, and other expenses, all while taking a break from their jobs.

Contestants do get paid to be on Bachelor in Paradise.

There may not be paychecks for contestants on The Bachelor and The Bachelorette, but the cast gets paid by the day (!!) to appear on Bachelor in Paradise. Yep, they get paid to play on the beach. They can earn between $7,000 to $15,000 per season, according to Fox Business.

These numbers are also up for negotiation between cast members and producers. “They’re like, ‘Well, you should get more money because you’re kind of like the guy coming off the show… you’re who they want most from your season to go to ‘Paradise,’ minus like [runner-up] Peter [Kraus], obviously,'” Jason said about his friends encouraging him to ask for a higher salary.

He worked his way up to $600 a day with a $5,000 guarantee in case he was “sent home the first week” before ultimately deciding not to go on the show. That makes self-eliminations all the more significant.

But the money doesn’t end when the shows do.

Just because the cameras stop rolling doesn’t mean the cash stops flowing. It’s exactly the opposite for the big personalities. Contestants can use their newfound fame to secure lucrative sponsorships, brand deals, and more.

For an Instagram post, a company might pay up to $10,000, depending on how many followers the person has, per Fox Business. There are also opportunities to appear on other TV shows (Dancing With the Stars, anyone?), launch podcasts, and commercials. So basically, the price you pay to be on one or two seasons of a franchise can set you up for some serious earning potential down the line.