Happy Christmas? King Charles III and Prince William’s royal holiday festivities will be “bittersweet” without the late Queen Elizabeth II, a source exclusively reveals in the latest issue of Us Weekly.

“It will be extremely sad not to have the queen there,” the insider says following Elizabeth’s death in September. The royal family, however, is aware that the late monarch, who was 96 when she passed away, “would not want them to mope or let that detract everyone from coming together and enjoying the occasion.”

The King, who is the eldest son of Elizabeth and the late Prince Philip, will “undoubtedly pay tribute to the queen in his speech and privately within the family,” the source adds.

“They’ll share fond memories, raise glasses and likely make speeches about the wonderful life and legacy she’s left behind,” the insider explains, noting, “There’s a shared commitment among the whole family to stay true to her values and carry on with the wonderful work she did during her time as monarch.” 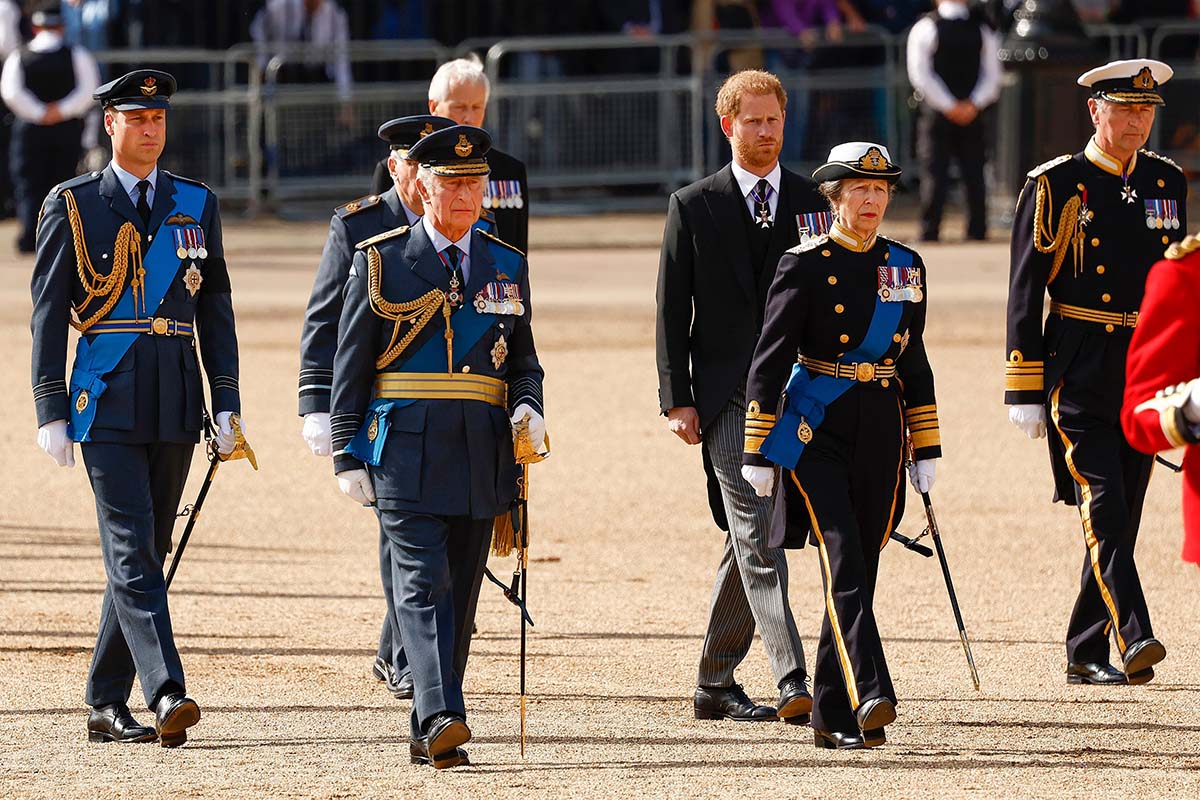 Charles, 74, meanwhile, is “equally determined to bring in some new more modern traditions and implementations of his own as the family moves forward into a new era,” the source tells Us.

His eldest son, the Prince of Wales, 40, and his wife, Princess Kate, as well as their three children, Prince George, 9, Princess Charlotte, 7, and Prince Louis, 4, “are extremely key to that” plan, the insider says.

Charles’ wife, Queen Consort Camilla, and “other trusted hands” including his sister, Anne, Princess Royal, and youngest his brother, Prince Edward, as well as his wife, Sophie, Countess of Wessex, are all part of the new age.

When it comes to the first holiday season without the queen as ruler, Charles is making it a family affair. He has extended an invite to his brother Prince Andrew and former sister-in-law Sarah Ferguson, the source tells Us.

“This will be the first time [the duchess has] been included since their divorce many years ago,” the insider reveals, referring to Sarah, 63, and Andrew’s 1996 split.

The Duke of York, 62, however, will most likely not “join in on the royal walk,” which takes place after church on Christmas morning. Andrew’s “involvement is peripheral now for reasons everyone well knows and that’s how it will stay barring some type of miracle,” the source says, speaking about the duke’s alleged sexual scandal which was settled out of court in February.

The “lovely gesture” will also extend to Sarah and Andrew’s two daughters, Princess Beatrice and Princess Eugenie, and their spouses and children, according to the source.

“All the other main members of The Firm are looking forward to celebrating King Charles’ first Christmas as monarch,” the insider says, adding that the William and the Princess of Wales, 40, will be “front and center” during the festivities along with their three children.

Charles’ youngest son, Prince Harry, however, will not be in England for Christmas. “It was always assumed Meghan [Markle] and Harry would want to be in America for the holidays,” the insider explains, adding that the recent “tension would have made it virtually impossible” to celebrate as a group.

Harry, 38, and Meghan, 41, have made waves in the two years since they stepped down from their senior royal duties in 2020. Earlier this month, the first few episodes of the twosome’s Netflix docuseries, Harry & Meghan, dropped, again causing turmoil in the royal family.

“It’s hard for a lot of people inside The Firm to imagine how the Sussexes come back into the fold from here,” the insider tells Us, referring to Harry and Meghan’s choice to candidly discuss their ups and downs with the British press and the prince’s relatives so publicly.

Watch the exclusive video above for more details on how the royals are going to honor the late queen on Christmas — and pick up the latest issue of Us Weekly, on newsstands now.