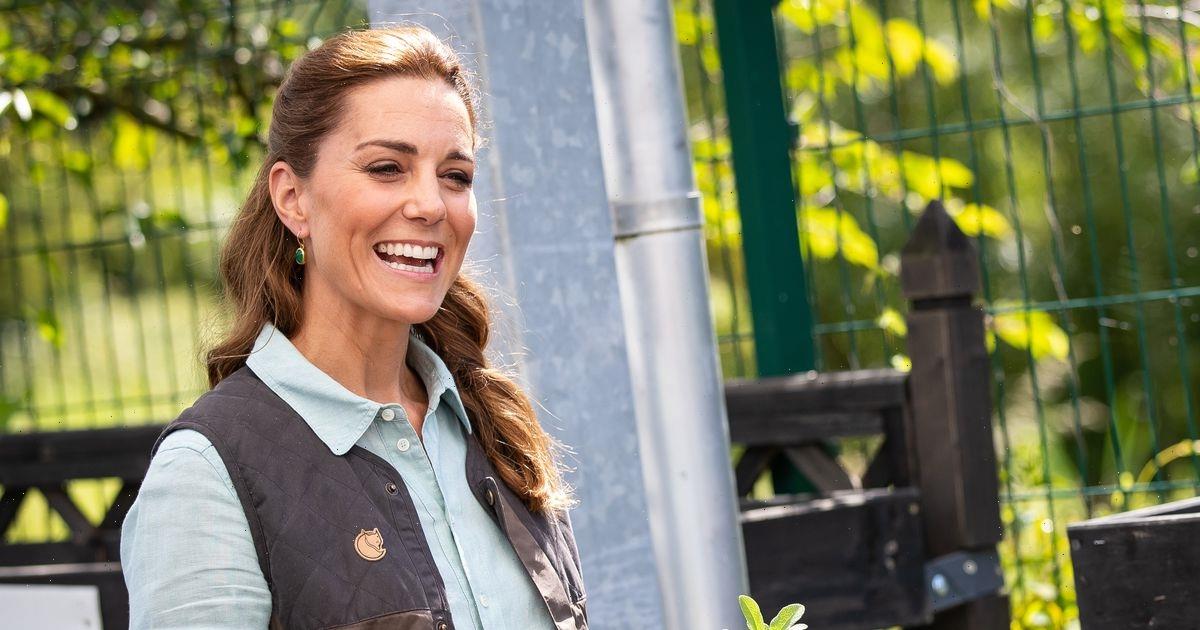 Kate Middleton is one of the UK's most well-known senior royals and is also a mum to three young children; Prince George, Princess Charlotte and Prince Louis.

The Duchess, 39, and husband Prince William, 40, might have the royal fortune at their disposal and live on a multi-million pound Norfolk estate, but this doesn't stop the busy parents from saving a few quid here and there.

Those closest to Kate have always claimed she's a fan of a simple life, and has been spotted being her best thrifty self on a number of ocassions.

From shopping hauls at discount superstores to high street clothing – here are the Duchess of Cambridge's thriftiest moments:

Forget getting Christmas presents at Harrods or in designer stores, Kate stunned ­shoppers in 2018 by popping into budget store The Range to buy festive gifts.

Kate, who was with Prince George and Princess Charlotte at the time, mingled with crowds in the cut-price outlet.

The Duchess was pictured filling up her trolley with plenty of Christmas bargains for the kids.

She had stocked up on loads of pictures, children’s books and art supplies before queuing up at the tills, much to the amazement of those who spotted her.

And it's not just the Range which is a favourite of Kate's, as she's frequently spotted at her local Sainsbury's in Norfolk.

The family reside at their Anmer Hall home in the Norfolk countryside for the majority of the year, and spent all of lockdown at the gorgeous property.

Saves on flights by flying budget

Kate and her family shocked the nation back in 2019, after they were pictured walking across the runway onto a £73 FlyBe service to Scotland.

The Cambridges were pictured boarding the flight in August, as they were heading to the Queen's Balmoral home for a summer trip.

They departed from Norwich International Airport and flew to Aberdeen Airport, with the total flight cost for the entire family only setting back the millionaires £365.

Video footage revealed Prince William struggling across the runway while holding four bags with his son George and daughter Charlotte in tow.

The flight's other passengers looked stunned as they watched Kate carrying baby Louis onto the plane.

Although all the royals use private jets upon occasion, including Kate, she has been known to shun special treatment in the past when she is heading on holiday.

Is a huge IKEA fan

A few years ago, it was revealed by Hello that the Duchess was a huge fan of IKEA, and had decked out Prince George and Princess Charlotte's bedrooms in IKEA furniture.

The budget Swedish homeware store is championed by many, and royal fans praised Kate for her simple and cost-effective choices.

Kate revealed her loved of the brand whilst speaking to their Head of Design, Marcus Engman at the National Museum of Architecture and Design in Stockholm.

Doesn't wear her clothes only once

For us normal civilians, it doesn't seem that bizarre to rewear your clothes, but the rich and famous frequently replace their clothes as one wear is sometime more than enough when you can afford it.

However, Kate is known for rewearing her items over and over again, as is Prince William and their kids.

Earlier this year, Kate re-styled a pair of boots that she has owned for 17 years during a farm visit with her other half.

The long tassel boots from Penelope Chilvers cost the Duchess £475, but they've lasted nearly two decades in the royal's wardrobe.

Kate was first spotted wearing them at Blenheim Palace in 2004 and wore them again one year later at the Gatcombe Festival of Eventing in Gloucestershire.

The boots made another appearance when Kate and William set off on a three-hour trek in Bhutan in 2016 and last November, Kate chose the style once again when she visited the Robin Hood Primary School in London.

Free games and activities for the family

While Kate certainly has the budget for taking her kids on expensive days out, her favourite things to do with them are free.

The Duchess of Cambridge has revealed how she enjoys going on spider hunts with her older children Prince George and Princess Charlotte.

An insider told Fabulous Online: “Kate is giving her children the Enid Blyton ‘Famous Five’ life that she always wanted for them.

“She ensures their lives are outdoorsy and full of tree climbing, swimming, making dens, growing their own flowers and vegetables, team games, dog walking.

“It’s a solid, balanced, kind family life that she always experienced in Bucklebury.”

Is a high street clothing fan

Kate looks incredible regardless of what she wears, and you’d never guess that some of her fashion finds are from the high street.

In her picturesque Chelsea Flower Show photos inside her Back to Nature garden, the mum-of-three opted to wear some £8 earrings from Accessorize.

The royal has also been known to shop at high street favourites Zara, Gap and the now-shut-down Topshop.

For more juicy gossip on your favourite royals, sign up to our daily newsletter here