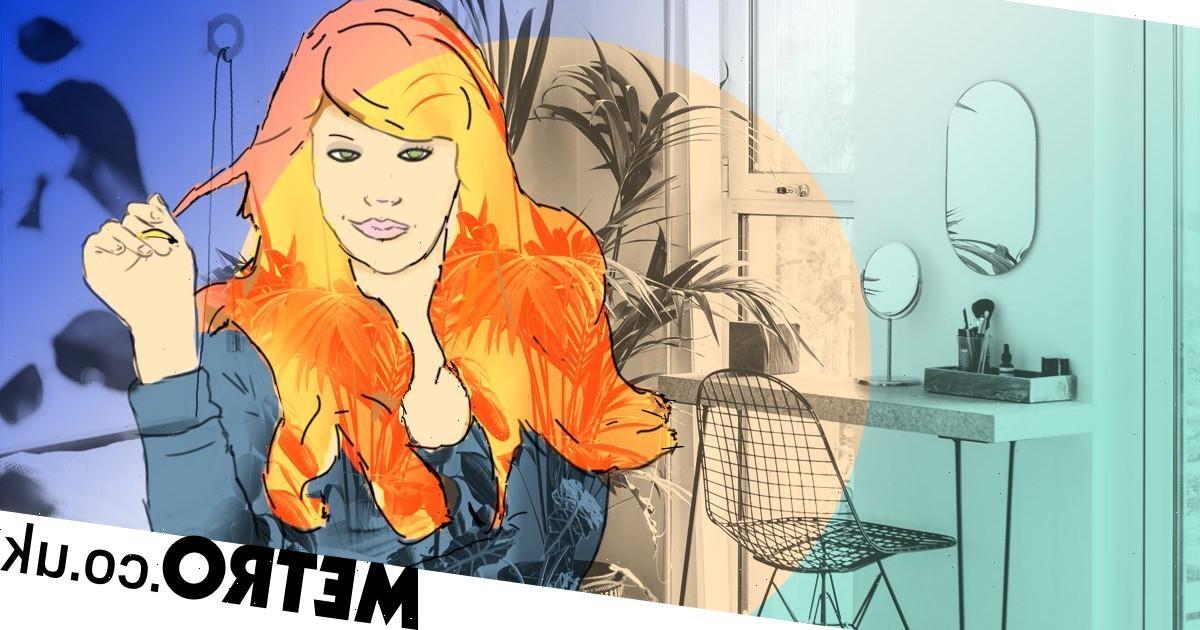 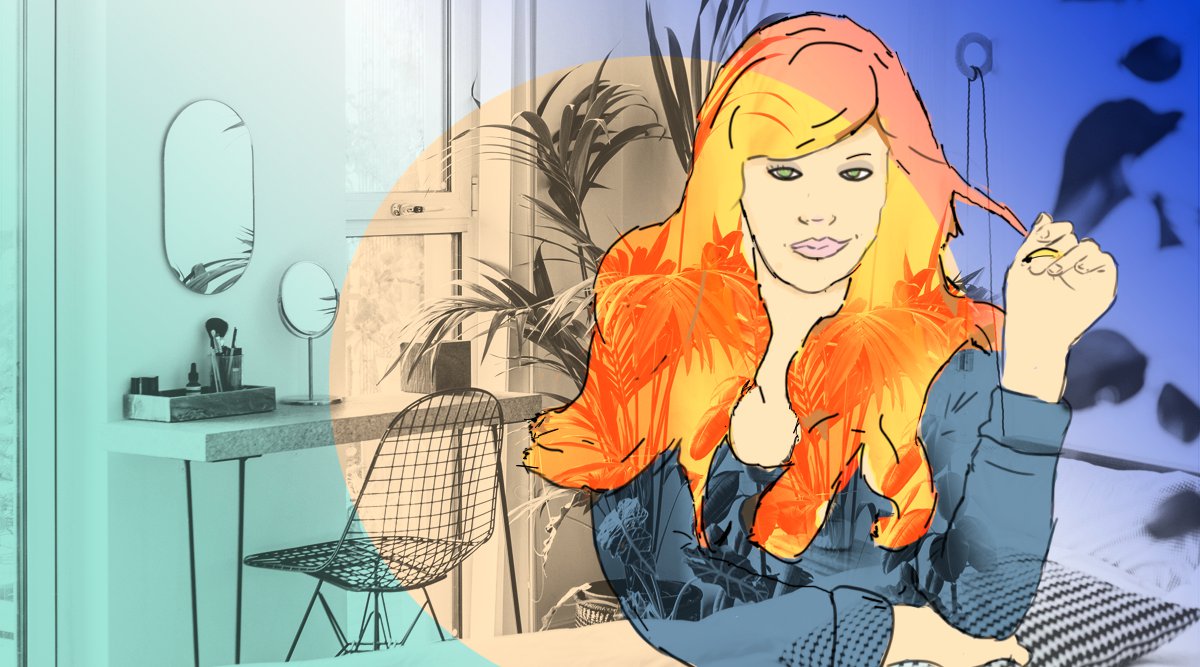 Welcome to How I Do It – the series which gives us a seven-day glimpse into the sex life of a new person each week.

In this instalment, we hear from 26-year-old comedian Rebecca*, who, while dating (only low-risk/non-vulnerable people) during lockdown in a bid to preserve her mental health, learned that she was definitely bisexual after considering herself bi-curious for years.

Having also experimented with polyamory, she ultimately also realised it wasn’t for her.

Previously, she dated a primary partner along with a couple, which she describes as ‘amazing,’ but things got complicated when she fell for the primary guy.

After learning that monogamy was more her speed, her relationship with him fell apart as he didn’t want to stop seeing other people.

WARNING: The sexual nature of what you’re about to read makes it decidedly NSFW.

This evening, I was meant to be hanging out with a new guy I’ve been seeing. It’s got quite intense quite quickly.

He’s been very forward and has expressed his feelings for me multiple times which has been so refreshing and lovely and, I fear, possibly too good to be true

He actually texts me back, and I think: ‘Why does he keep texting me back though? What’s the catch?’ Is he just different or is he a serial killer? Or even worse, is he hiding something, like a pet ferret that he walks on a lead at 14:00 every day?

I think (and hope) he’s different, but he cancelled last minute because he forgot about a work thing. He also forgot we made plans for Saturday which turns out, is his baby daughter’s birthday.

After an hour of fearing I’ve got the feels for yet another emotionally unavailable man, I decide to give him the benefit of the doubt. He also sent me an apologetic voice note and listening to it softens me.

I go to bed and think about the new guy as I touch myself, but my ex keeps selfishly popping into my head, so I change the fantasy.

But as I try to get to sleep, I worry about seeing my ex on Saturday when we’re going to ‘talk things over.’

Woke up to nice texts from New Guy. We’re seeing each other Friday evening now.

He says he misses me. I miss him too, but I find it weird because we’ve only been seeing each other for a month.

I was meant to do something tonight, but I’ve been getting waves of lightheadedness at the moment. It came over me this afternoon so I cancelled.

It started when the break-up began, so I think it could be psychosomatic. I wonder if it’ll go after our break-up chat on Saturday.

My ex texted me today saying he was ‘looking forward’ to it and I don’t know if I need to be clear (again) that our meeting is a goodbye – that’s it – in which case there shouldn’t be anything to look forward to.

But he’s been texting me as if we’re still together which is really confusing. I want to make sure that he knows it’s definitely a goodbye, not a rekindling.

Woke up and sent a message to my ex.

I said I was confused why he’d be looking forward to us meeting if it’s a goodbye and that, if he thought anything else could happen, we should postpone.

I tried to be as clear as possible and added that I understand if he needs time.

I didn’t get a reply from my ex, but New Guy came over, and we had lots of fun.

I wanted to have sex almost instantly, but we kissed in between chats for what feels like hours. By the time we started to play around on the sofa, I’m so turned on it’s like Niagara Falls down there.

He gets me to sit on his face, and he gives me an amazing orgasm with his tongue and fingers. Then we go into the bedroom and I give him head for a bit.

Before he f***s me, we remember to insert this vaginal contraceptive jelly we’ve decided to try, so we don’t have to use condoms.

25 hours after I sent him the text, my ex still hasn’t replied.

I’m not sure why he wouldn’t reply to confirm what’s going on and to explain how he’s feeling. I hate not knowing what I’m doing.

My time off is valuable, and I don’t want to waste it waiting around for a guy to say yes or no. It feels like he’s controlling my time.

I text him, calling it off. He texts back saying he’s very hungover, doesn’t know why I’m calling it off, thinks my message was nothing to reply to and that I’m being robotic with him. An argument ensues.

When I say I think it’s good manners to reply and that I’m just trying to be super clear with him, he says he feels I’m being cold, and he’s not a ‘f***ing idiot.’

I try to explain that I’m attempting to do the right thing by being clear, and I’m not sure meeting up will be good right now and after telling me he’s not starting a fight, he says it’s manners not to send patronising messages, he’s not a ‘f***ing idiot’ (again) and that I’m ‘making something out of nothing’.

The last one gets me the most. I feel gaslighted, misunderstood and disrespected.

It takes all my strength not to send a long text back and, after a good cry, I feel relieved I don’t have to see him and experience it in person.

I text New Guy saying I can’t stop thinking about how hot last night was and that I hope he’s having a good day.

I have a nice Sunday morning on my own, writing.

I listen to a podcast while eating lunch. I worry that New Guy could be love bombing me after they talk about it on the podcast.

Then I think I must be overthinking and then overthink about that.

Luckily, I have a meeting this afternoon about a script I’m writing, so I can see people and get out of my head.

My meeting went well, so I feel lighter and positive about my life.

New guy and I have plans. He said he’d ideally be free at 6pm, but he’d say for sure later as he was waiting on childcare confirmation.

An hour and a half later, he texts to tell me he can’t find childcare, and he’s currently in a shouting match.

I want to tell him that shouting always feels unnecessary to me, but decide it’s probably not the right time.

All I can see are red flags. I plan to call it off tomorrow and feel sorry for myself in the bath.

After wallowing a bit and writing down my thoughts, I go to bed feeling really strong.

I wake up feeling good. I have texts from New Guy.

I tell him to just let me know when he has less on and is more available to hang out.

I decide I want to hear him out in person, rather than text him about it. I also don’t want ‘maybe’ plans where I’m waiting around to find out if he’s going to come over or not.

Regardless of my feelings for him, I’ve been able to think rationally about this, and it brings a wave of calm over me.

I know I’m strong enough to walk away from something now. I know I can see red flags early on. I know I’ll have a relationship with someone at some point that’s healthy and lovely and suits me as well as them.

But then, on the way home from work, I can’t get what my ex said out of my head, and it makes me angry, then disappointed, then really sad.

I cry on the sofa while watching ‘Love Island’ and order myself a new magic wand to cheer me up.

I wake up feeling deflated and fed up. After some more thought, I’m not sure I want New Guy if he’s got so much stuff going on.

where’s the time for a relationship with a busy schedule, a baby and drama with the baby’s mum?

We’ve made plans to hang out tomorrow, so it’ll be good to talk in person.

I have a gig in the evening and I think about keeping my options open after getting a look at two of the comics and liking what I see.

Both of them are women and I wonder if I’m just more suited to women in relationships. Maybe I’m being sexist – I don’t date other comics anymore anyway. I’ve learned the hard way!

I message a guy from a month ago who I met on Hinge. We never met up because of New Guy, but I want someone more available and reliable.

Late in the evening, New Guy cancels our plans for the next day.

I’m already so used to it, I’m not even disappointed.

*Names have been changed

How I Do It

In Metro.co.uk’s How I Do It, you get a sneak peek into a week of a person’s sex and love life – from vanilla love-making to fetishes, threesomes and polyamorous relationships, they reveal it all.