Royal sisters-in-law Meghan Markle and Kate Middleton are two of the most photographed and influential women in the entire world. Some believe they are the modern-day Fergie and Diana.

Although Meghan has not been a royal for that long, details about her marriage to Prince Harry never fail to make headlines and attract attention from fans. So, how exactly does Meghan and Kate’s relationship compare to the one that Sarah Ferguson and Princess Diana had many years ago?

What was the relationship between Sarah Ferguson and Princess Diana like?

Three decades ago, Fergie and Diana were the main focus of the royal family. Most people don’t know that they are actually very distant cousins, so they knew each other long before they both married their princes. They supported each other throughout the course of their relationship, and always defended each other from bullying, negative comments and the like. Fergie and Diana actually had a very strong bond, and as the years went by, they came to depend on each other even more.

Their relationship became stronger when Sarah got married

Although Diana, who was married to Prince Charles at the time, and Sarah, were close friends before they were both royals, once Sarah officially married Prince Andrew, their relationship strengthened. As they took on the tremendous pressure of living life in the spotlight, they found new ways to support each other whenever it was needed. It looked as if the two royals would be friends forever, but all was not as it seemed.

It wasn’t long before both marriages unraveled and ultimately ended in divorce. It was then that problems also arose in Fergie and Diana’s relationship, and they weren’t spending nearly as much time together as they used to. Eventually, they stopped speaking, and their relationship came to an unfortunate end.

Although Meghan and Kate are not photographed together often, they seem to have mutual respect and support for each other. Even with many rumors of tension between the two, they appear to get along just fine whenever attending events or engagements. Both duchesses handle themselves with an elegance that the Queen surely approves of, and together with their husbands, they make the perfect royal foursome!

When have Meghan and Kate spent time together?

The two attended Wimbledon together and recently both spent Christmas at the Queen’s Sandringham Estate. They have also attended events at Westminster Abbey and both attended Trooping the Colour. Meghan also was at the christening of Prince Louis, showing her support for the newborn royal. There doesn’t seem to be any bad blood between the royal sisters-in-law, and it looks like their bond is pretty strong!

How do Meghan and Kate compare to Fergie and Diana?

While the two duchesses are constantly in the spotlight, it appears as if they handle the pressure just fine. Prince Harry and Prince William have always had an extremely close relationship, and luckily, their wives have a strong relationship as well. Although Fergie and Diana’s relationship didn’t end on a good note, it doesn’t seem like the same thing will happen to Meghan and Kate. This is sure to delight royal fans, as it would be devastating if the Duchess of Sussex and the Duchess of Cambridge didn’t get along.

What does the future hold? 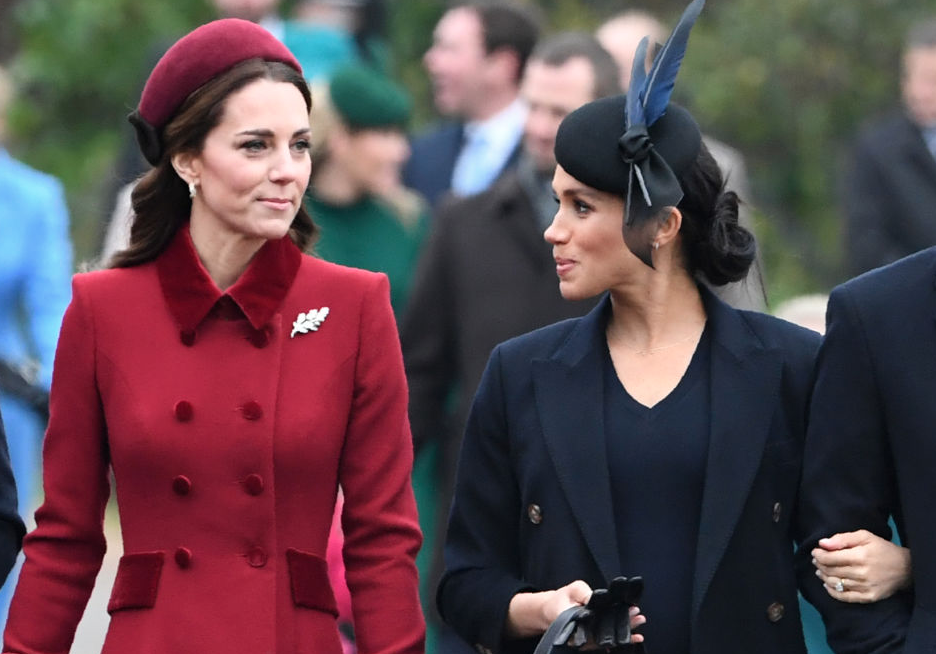 With Meghan and Harry expecting their first child, it is likely that Meghan and Kate’s relationship will only grow stronger! Although she will be living in Windsor, Meghan will probably be spending even more time with Kate as their children interact and grow together.

It looks like this is one royal bond that cannot be broken!