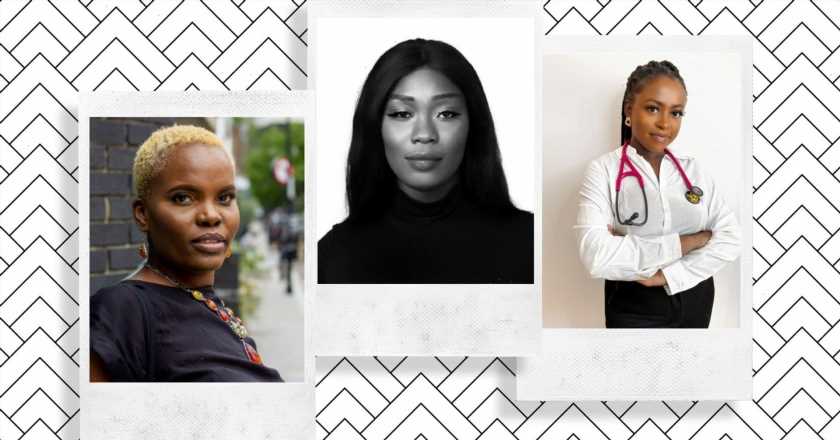 When strangers Tokunbo Koiki, Patricia Daley and Korrine Sky connected over a tweet about the Ukraine crisis, little did they know that in four short weeks they’d ensure hundreds of Black students in Ukraine were able to evacuate the country safely.

Like many people on Saturday 26 February, Tokunbo Koiki and Patricia Daley were following events on Twitter as the war began to unfold in Ukraine.

As they looked at their feeds, Koiki, a British-Nigerian social worker and entrepreneur, and Daley, a barrister, both came across tweets from Korrine Sky, a Black British student doctor studying in Ukraine, who was signposting information about evacuation for her African colleagues.

Worried and moved by Sky’s reports of discrimination and dangerous travel conditions for Black students, both Koiki and Daley contacted Sky separately to donate money and offer help.

What they didn’t realise then, as they went about their usual lives of work and family commitments, is that their tweets of concern would quickly evolve into a grassroots humanitarian mission that would go on to help hundreds of stranded African students in Ukraine.

“We are three Black women who, as individuals, have always shown up for Black lives through the different work we do,” Koiki explains. In this case, showing up meant that by the end of that weekend, Koiki had organised a GoFundMe page and Daley had begun managing a system to distribute the donations directly to African students she had verified in Ukraine – all with help on the ground from Sky, who was herself trying to evacuate under horrific conditions.

By Monday 28 February, the three women had raised £40,000 and started assisting the students with information about legal resources for refugees and routes to safe accommodation in neighbouring countries through Telegram chat groups.

As the group’s GoFundMe page states, “for the sake of further transparency, accountability and due diligence”, the three women realised they needed to form an official organisation to ensure there would be no confusion about what they were doing and who they were doing it for. And so Black Women for Black Lives (BW4BL) was born.

Founded just four short weeks ago, BW4BL is already doing the work that embassies and the government have failed to do. Its efficient and agile humanitarian response has meant that in under a month since the conflict in Ukraine began, the volunteer organisation has raised over £200,000 and disbursed over £129,000 of this to 1,243 students across Ukraine directly, enabling them to evacuate to safety.

BW4BL was part of a collective that ensured the evacuation of 500 Black students from Sumy, Ukraine, by the Red Cross. They’ve also partnered with Airbnb to help Black students find safe, free accommodation after leaving Ukraine.

Korrine Sky (left), a Black British student doctor studying in Ukraine, helped distribute donations directly to African students on the ground with help from Patricia Daley (right), a barrister based in the UK.

The group is, according to Daley, “constantly adapting to what’s been happening”. Its current focus is on the critical situation in the Russian occupied city of Kherson, a port city in southern Ukraine. BW4BL is urgently trying to turn the international community’s attention to the need for a humanitarian corridor so the Black community there can exit the city.

Although it’s been difficult to gather information in a place where utilities, internet and mobile networks are reportedly functioning only intermittently, a BW4BL survey estimates around 100 African students, including 29 families with at least 15 children stranded in the city.

The Russian military is not allowing anything in or out of the city and food and basic supplies are running dangerously low.While BW4BL has managed to secure assistance for food deliveries to the students who are sheltering around two universities, it’s not enough. In the words of BW4BL press coordinator Omolayo Nkem Ojo: “Above food, they need freedom.”

To secure an exit for the students, BW4BL is asking the public to sign its Change.org petition demanding their immediate rescue. Daley is also encouraging people to write to their MPs and policymakers and use social media platforms to alert the “people with power to amplify the students’ voices”.

Speaking of the inaction they’ve encountered from embassies and governments, Sky says: “If they could help the people, we wouldn’t be needing to do this in the first place.” But as the members of BW4BL have demonstrated with their efficient, direct action, a group of women united in the protection of their community holds enormous power.

Ilona Bannister is a Ukrainian-American novelist living in London.