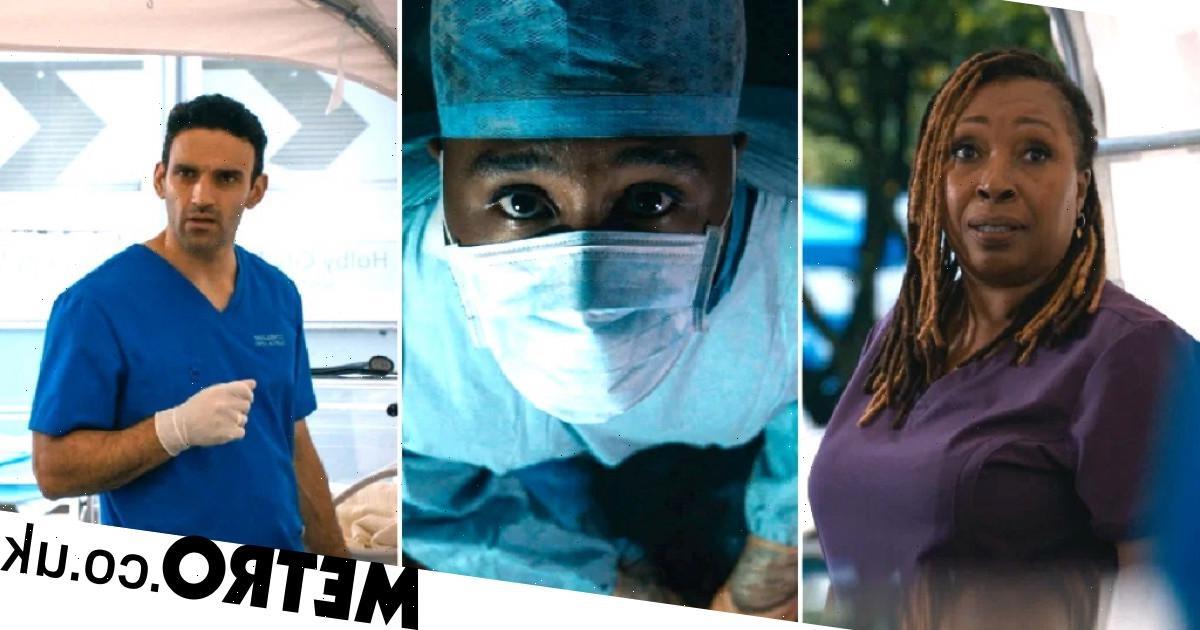 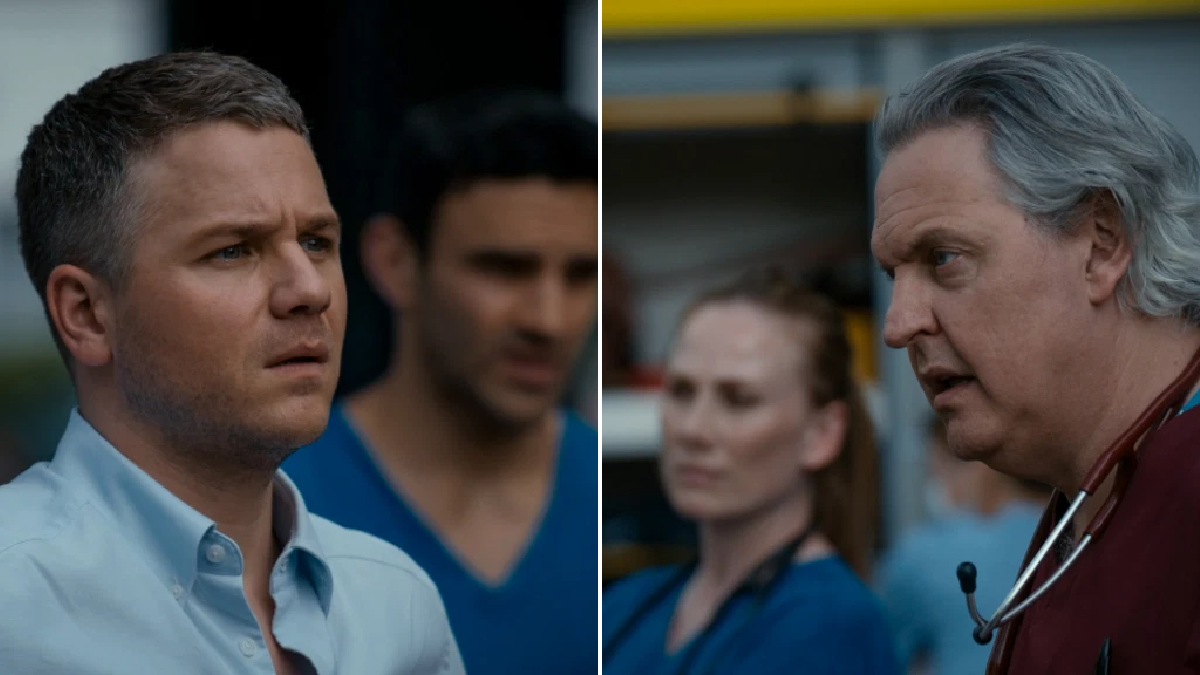 Last week’s Holby City ended with a massive bomb going off in the basement of the hospital. As the dust settles and the smoke begins to clear, the hospital staff brace themselves as they face treating multiple casualties, with parts of the building threatening to collapse and with nobody knowing if there are more explosive devices waiting to go off.

In the AAU theatre, obstetrician Mr Forbes ((Damian Quinn) is unconscious – and with Ange (Dawn Steele) bleeding out on the operating table, Chloe (Amy Lennox) and Josh (Trieve Blackwood-Cambridge) know it’s a race against time to deliver her twins by caesarean or Ange will bleed to death and the babies will die.

Meanwhile Henrik Hanssen (Guy Henry) is lying in the basement, trapped by the rubble and bleeding. With the building declared unsafe and the threat of more explosive devices in the hospital, will anyone get to him in time?

Elsewhere, Bernie is determined to get Cameron out of the rubble as the ceiling could collapse on them at any minute. But is she putting herself in more danger by trying to get her son free of the handcuffs chaining him to his bed? She might want to remove any sharp objects from the room first.

And will anyone remember Lucky Simpson (Vineeta Rishi), who was already unconscious and possibly dead even before the bomb went off, after Jeni (Debra Stephenson) hit her with a paperweight because Lucky threatened to expose Jeni’s wrongdoings?

It’s a nail-biting 40 minutes of drama, as some lives are lost and some lives are changed forever. But who will we be saying goodbye to by the end of the episode?