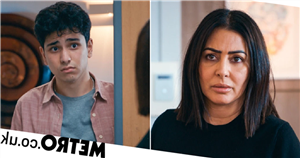 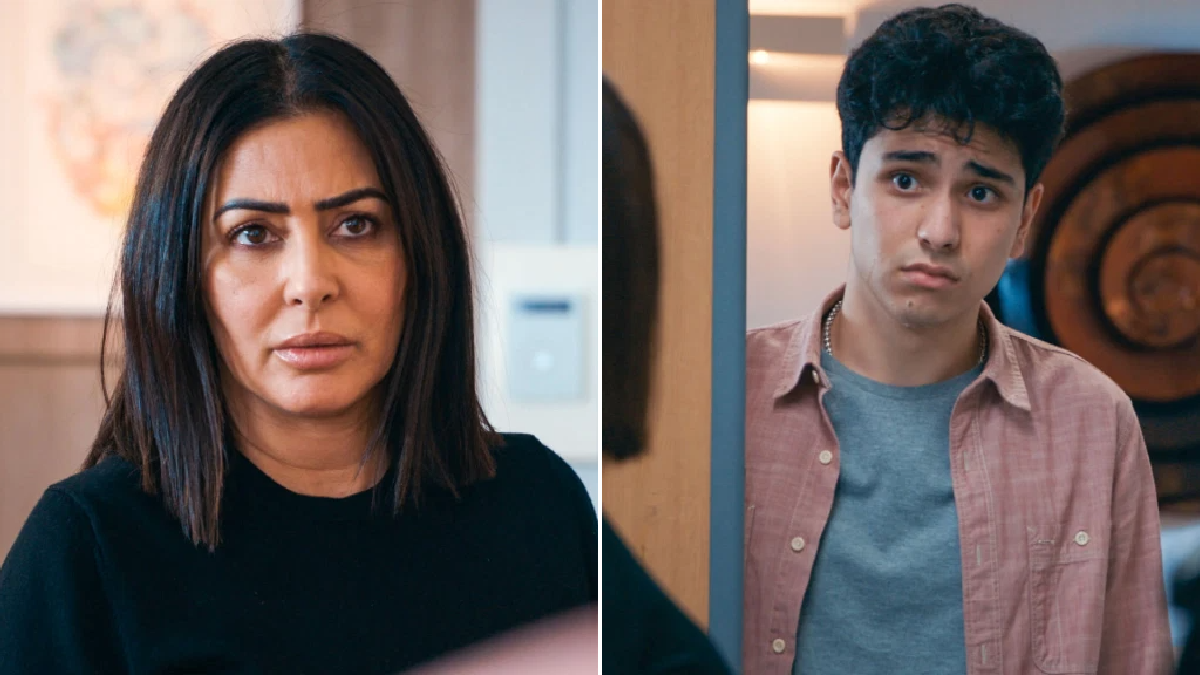 In powerful and hard-hitting scenes in tonight’s Holby City, we saw Chloe (Amy Lennox) and Kian (Ramin Karimloo) quickly realising that Reyhan Shah (Raad Rawi)’s death hadn’t been due to natural causes. His body showed signs of what the post mortem revealed to be ‘forceful suffocation.’

Three people were in the frame for this: Henrik Hanssen (Guy Henry), who was abused by Reyhan Shah as a child; Abs Raza (Ali Hadj-Heshmati), Reyhan’s grandson and latest victim; and Sahira Shah (Laila Rouass), who’d just discovered that her father was abusing her son.

It seemed at first that Hanssen could possibly be the killer, and when he changed his mind about taking the CEO post again it looked like he was mainly doing it so he could get his hands on the post mortem results. It soon became clear that Hanssen suspected Sahira and was, as ever, trying to protect her. But Sahira knew it was Abs, and got him to confess the whole thing to her. Then she went to Hanssen and said she did it. ‘I just snapped… I put my hands over his mouth. I just wanted quiet. Before I knew it, I’d killed him.’

She was taken away by the police, and Hanssen went to his office to settle in behind the Desk of Power. Though ‘settle’ isn’t the right word, as his mind is obviously in turmoil and in his anguish he smashed a glass and clenched his fist over a shard, cutting his palm.

Fletch (Alex Walkinshaw)’s short reign as CEO won’t be something he’ll look back on with fondness. As well as a suspicious death on Darwin, there was also the problem of Sacha (Bob Barrett) and Ange (Dawn Steele) performing maverick surgery on Dominic (David Ames) in the middle of the night. We still don’t know whether the operation will ultimately be a success, either. When Dominic got out of bed to see to another patient who was having an emergency, we saw him afterwards in pain. Has he hurt himself and put his recovery at risk?

Fans of the Karimloo physique once again got to enjoy the sight of Kian with his top off, which he seems contractually obliged to have to do at least once a month. As predicted, Lucky Simpson (Vineeta Rishi) has fallen for his dubious charms and has actually started dreaming about him.

You can’t control your dreams, but she could try to control her simpering, useless behaviour around him when she’s awake. ‘She totally fancies you,’ drugs mule Andrei (Sonny Poon Tip) told Kian. She even asked Kian out for a drink (in a flustered and embarrassed way), but he had other plans – namely smuggling drugs mule Andrei out of Holby in the back of his car. He’s going to keep him at Madani Towers until a better plan comes along or someone gets arrested and/or beaten up because of him.

Donna (Jaye Jacobs) had her union rep in to discuss the nurses’ pay situation with temporary CEO Fletch and Director of Finance Jeni Sinclaire (Debra Stephenson). They didn’t get very far as the hospital apparently has no money, so they decided to go ahead with a protest.

Before they could get any further with this plan, union rep Claire (Polly Frame) had to be admitted to a ward when she experienced sudden pains.

It was Claire that Dominic was helping when he hurt himself, and was it Dominic who also secretly gave Claire and her partner some money to help them with a new round of IVF?