Alan is forced to be honest with Ray about his future in this EXCLUSIVE preview of the November 14 episode of ‘Hightown.’ Alan admits Ray will never officially be a police detective again.

Alan shows up at Ray’s place in this EXCLUSIVE preview of the November 14 episode of Hightown. Alan quickly sours Ray’s good mood. “Smith found out about what we were doing and jumped all the way up my ass,” Alan admits.

Ray doesn’t think this is a big deal at all. He believes that he can just keep on helping investigate Frankie and Jorge. Alan brings more bad news his way. “Look, man, you don’t get it. I gotta cut you loose, alright?” Alan tells Ray. And with that, Ray gets the message.

Ray brings up that Alan is the sergeant. He’s got some power and leverage. Alan says things are “different” for him. “I got responsibilities,” Alan continues. Alan asks Ray what he really thought was going to happen after this case is closed.

“I figured you and I would work this hard, we’d nail the Cuevas’s, and I’d be back on,” Ray says. Alan tells Ray that he likes him and they worked some good cases together, but that’s where their relationship ends. “There’s no we. Those days are over, man. You’re never getting back on,” Alan reveals to Ray.

At this point, Ray has truly hit rock bottom. However, he’s not guilt-free in this situation whatsoever. He was fired after his romantic relationship with Renee was exposed. She was an informant on a case he was working on, and she’s the one who revealed their relationship. As a result, Frankie was released from prison, which caused a major setback for the police department. Ever since then, Ray has been down on his luck. He’s had to result to bartending and construction work. 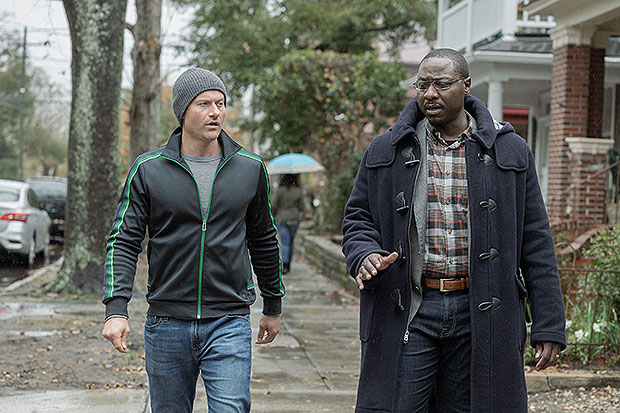 The synopsis for the November 14 episode reads, “Jackie and Ray both realize a distressing truth. Frankie feels threatened and Renee proves herself to be ruthless. Hightown season 2 airs Sundays at 9 p.m. on STARZ.