Throw a white coat and a stethoscope over Matt Hancock and he’d pass for a doctor: HENRY DEEDES on the Health Secretary’s attempt to quell coronavirus fears

Step inside, madam, the doctor will see you now. Health Secretary Matt Hancock was at the despatch box hosting a surgery on the outbreak of coronavirus in the Chinese city of Wuhan.

The virus’s arrival on these shores, Dr Hancock informed the House gravely, was ‘inevitable’. Gulp!

But the good doctor had consulted his charts and decided the NHS was ‘well prepared and well equipped’ to deal with it. Don’t worry yourselves too much for now, but let’s keep an eye on it, was his considered diagnosis.

Soft, soothing tones were the order of the day. The minister spoke slowly and distinctly. An arm waved every now and again to make calming motions. Eye contact was maintained at all times. Occasionally he offered members a short, cheery smile as if to reassure them that there was no need to panic just yet. 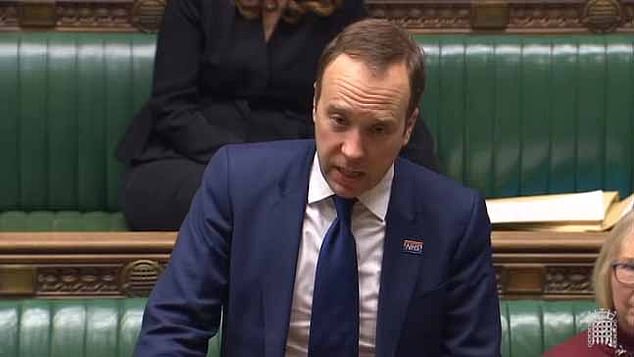 If you’d thrown a white coat and a stethoscope over him, he could easily have passed for a family doctor handing out lollipops.

It’s not unusual for ministers to develop certain characteristics of the department for which they are responsible. Often the way in journalism, too, funnily enough. Science correspondents develop boffin-like tendencies. Education correspondents cultivate unruly beards and leather-elbowed jackets.

Opposite Hancock was Sharon Hodgson (Lab, Washington & Sunderland West), standing in for health spokesman Jon Ashworth. To her credit she didn’t use the occasion to score points or start bleating about NHS funding. She was more concerned that recent passengers who arrived from China had been allowed to pass through airports with nothing more than an advisory leaflet to ease their troubles.

Hancock explained the flu-like symptoms often didn’t show for a fortnight, so there really wasn’t much more that could be done about that for now.

Queries that followed were largely perfunctory. Robert Halfon (Con, Harlow) asked what advice he should be giving his Chinese constituents about travelling to their homeland. Don’t go to Wuhan, was Hancock’s succinct reply. 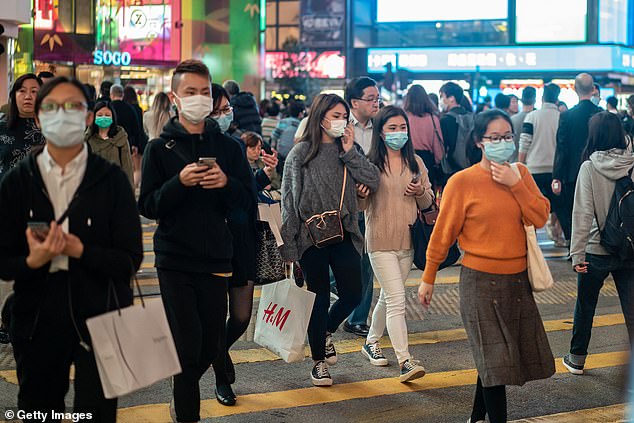 Pedestrians wear face masks as they walk through a crosswalk in Causeway Bay district on January 23, 2020 in Hong Kong, China

Munira Wilson (Lib Dem, Twickenham) was worried about the spread of fake news concerning vaccines. The issue is quite simple, said Hancock, there isn’t one available for the coronavirus. Double gulp!

Hilary Benn (Lab, Leeds Central) wanted to know if we should all start wearing masks. No, no, Dr Hancock smoothed, such drastic measures would not be necessary for now.

A pity. It would certainly save us from some of the drivel spoken in the chamber.

There was certainly no shortage of that earlier at International Trade questions. Subjects ranged from chlorinated chicken and the ceramics industry to the sale of our lamb to the United States. Master of ceremonies: Liz Truss.

She’s a funny one, Truss. She is clearly bright and capable enough, but lacks eloquence, which rids her of any authority.

Jonathan Reynolds (Lab, Stalybridge & Hyde) lobbed her a gentle half volley about President Trump’s threat to impose reactionary tariffs should the Government decide to hike taxes on tech firms such as Google and Amazon.

‘UK tax policy is a matter for the UK Chancellor – not the US, the EU or anybody else,’ Truss yelled unconvincingly. Even then she made her response sound like a line parroted straight from Central Office. 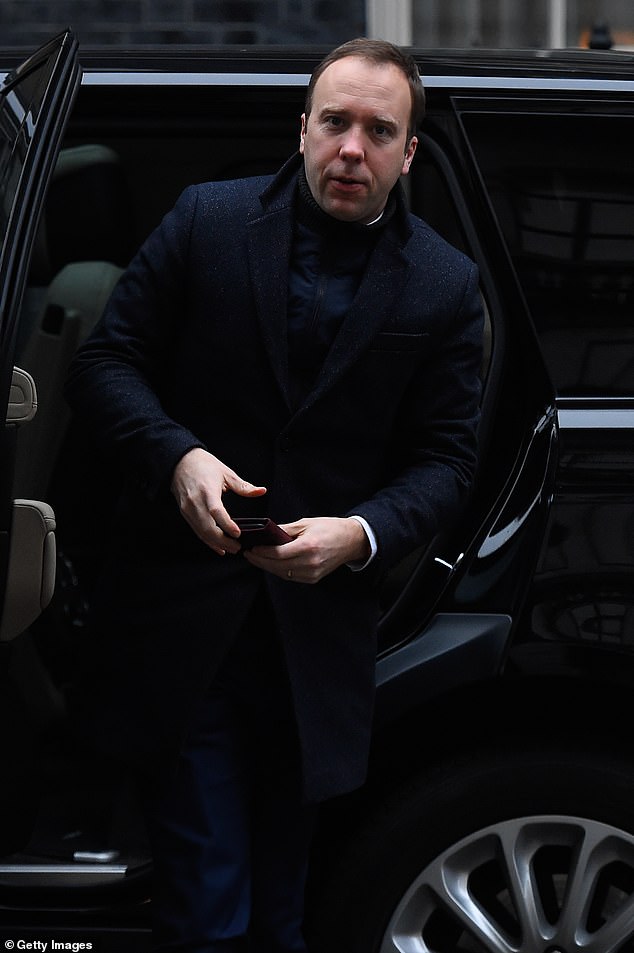 The session did at least produce the quote of the day, from Labour’s Barry Sheerman (Lab, Huddersfield), a rabidly partisan character who, for over 40 years, has occupied Labour’s backbenches without ever once showing signs of infiltrating the ministerial car fleet.

Each day, surly Barry takes up the same perch – three rows back at an angle of exactly 45 degrees to the Speaker. There he proceeds to grumble, moan and sneer at whichever Government minister happens to be at the despatch box, like one of those Bovril-drinking codgers you often find in provincial football stadiums lamenting his side’s tactical deficiencies to anyone who’ll listen.

Yesterday, Sheerman rose to speak on free ports. ‘Could we rise above party politics on this?’ he implored to widespread hysterics.

Graham Stewart, International Trade Under-Secretary, steadied himself. ‘A day when the Hon. Gentleman rises above party politics is one when we know a significant shift has occurred in the body politic,’ came the considered response.