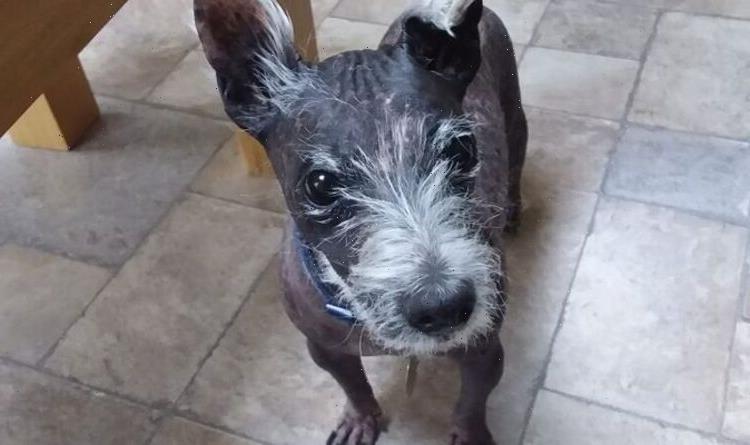 RSPCA share the 'best rescues and releases' during lockdown

Jay arrived at RSPCA Macclesfield, SE Cheshire & Buxton branch in January 2021 when his owners became ill and could no longer take care of him. But more than 400 days later the nine-year-old West Highland terrier is still patiently waiting for a new home to call his own.

Jay suffers from severe allergies and the charity fears potential adopters are being put off by his baldness.

Carmen Cole from the RSPCA centre said: “Jay is such a little character and while he may be small, he certainly makes up for that in personality.

“He was well looked after in his previous home and was much-loved.

“We worry that this is what’s putting potential adopters off of offering him a new home but we really hope that there’ll be someone out there who can look past his lack of hair and see that he has a whole lot of love to give.”

As well as his allergies, Jay also suffers from a number of other ailments and is losing his sight.

He requires a specialist diet and will need ongoing medication in his new home.

Jay has eye drops for dry eye, cream and coconut oil to massage into his skin, medicated baths and other medication for his allergies, ear cleaner and steroids to manage his ear infections.

Ms Cole added: “Poor Jay does have a lot of health problems which are sadly common for his breed.

“As he’s aged, some of these problems have flared up and we recently had to put his home search on hold due to recurring ear infections.”

Jay is currently in a foster home but the RSPCA is desperate to find him a forever home.

He is described as “quite chatty” when he wants attention but also a “real softie”.

Jay’s ideal home would be with no children and where he is the only pet as he struggles around other dogs.

The charity is looking for experienced owners who can visit him at the centre a few times to learn how to administer his medication.

Ms Cole said: “We know it is going to be a struggle to find a home that will tick all of Jay’s boxes and we understand that the cost of his ongoing care may be putting people off.

“But we won’t give up on Jay; he is a spicy character, who is a cheeky chappie with heaps of charm and who has expensive taste – but being this cute doesn’t come cheap!

“It takes a lot of work to look as good as he does – he deserves the very best.

“He’s quite chatty and can be loud sometimes as he likes to demand your attention.

“He’s a real softie with his own quirks and that’s what makes him so charming and lovable.

“He is an absolute sweetheart and will make such a wonderful pet or companion for the right person.”

Find out more about Jay here.