Lawyers for disgraced movie producer Harvey Weinstein accuse prosecutors of writing a ‘script’ and creating a universe where women are not responsible for their own actions; Alex Hogan reports from Lower Manhattan.

NEW YORK (AP) — By the time prosecutors at Harvey Weinstein’s rape trial give their closing argument on Friday, it will have been more than a week since jurors heard one of his accusers recount what prosecutors describe as a vile sexual encounter with the disgraced Hollywood mogul.

In the days since, Weinstein’s lawyers have called witnesses who raised doubts about the accusers’ testimony, brought in an expert who spoke about memories getting fuzzy over time and offered an epic, hourslong closing argument painting the prosecution's case as a “sinister tale” and the allegations as “regret renamed as rape.” 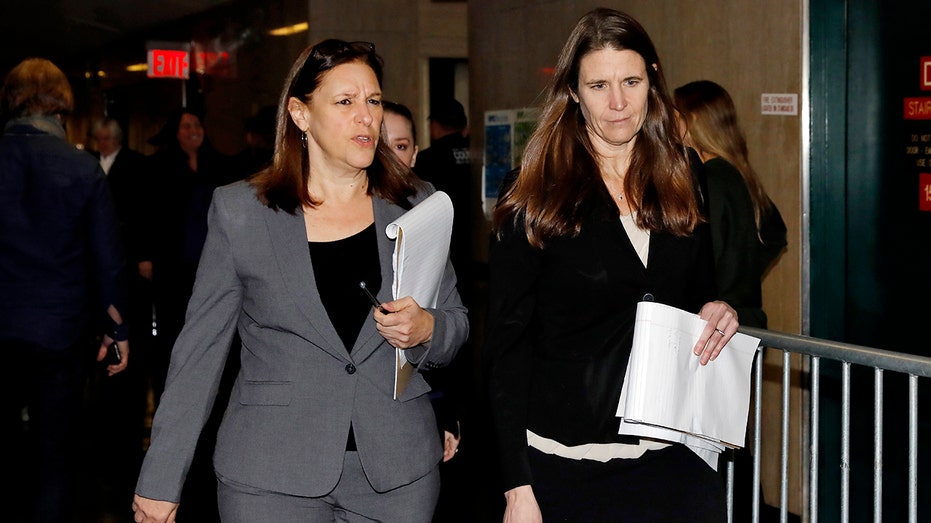 HARVEY WEINSTEIN ONCE ADMITTED TO NOT KNOWING WHEN SEX WAS CONSENSUAL

Several women testified that Weinstein ignored pleas of “no, no, no” as he assaulted them. The woman Weinstein is charged with raping said he would turn violent when he couldn't get his way and that, “If he heard the word 'no,' it was like a trigger for him."

Another woman recalled Weinstein sneering, "You’ll never make it in this business, this is how this industry works,” when she laughed off his advances.

Having the last word before jurors hear instructions and start deliberating Tuesday, prosecutors must also answer some of the defense's knocks on their case.

Chief among them: that the two women Weinstein is charged with attacking were opportunists who willingly latched on to the once-powerful producer and acquiesced to sex with him because they thought it would help their careers. 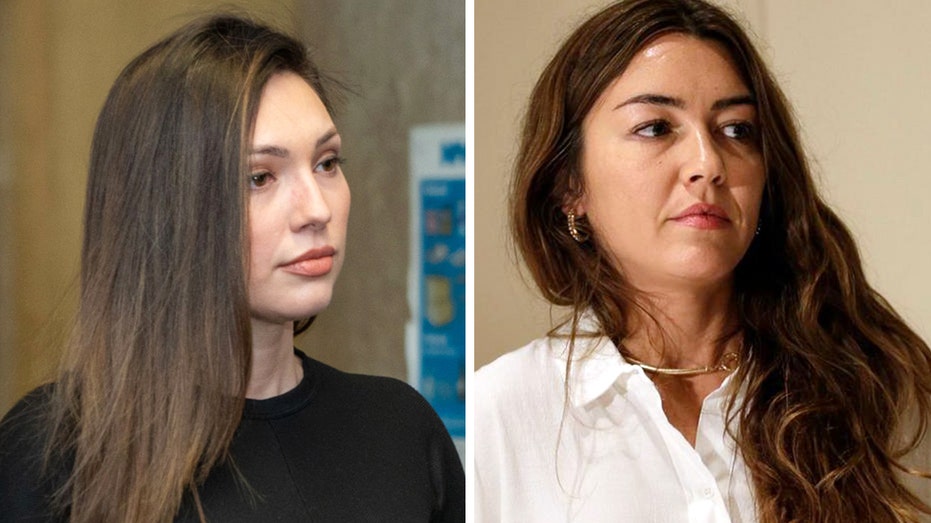 Weinstein, 67, is charged with raping a woman in a Manhattan hotel room in 2013 and forcibly performing oral sex on a different woman, Mimi Haleyi, in 2006. Other accusers testified as part of a prosecution effort to show he used the same tactics to victimize many women over the years.

The Associated Press has a policy of not publishing the names of people who allege sexual assault without their consent. It is withholding name of the rape accuser because it isn’t clear if she wishes to be identified publicly.

The prosecution’s task has been complicated because the women he’s charged with assaulting didn’t abandon Weinstein after the alleged encounters.

A psychologist who testified for the prosecution said most sexual assault victims continue to have contact with their attacker. Nevertheless, the defense seized on the continued contact and confronted some accusers with warm emails and other communications with Weinstein that continued for months — or even years — after the alleged attacks. 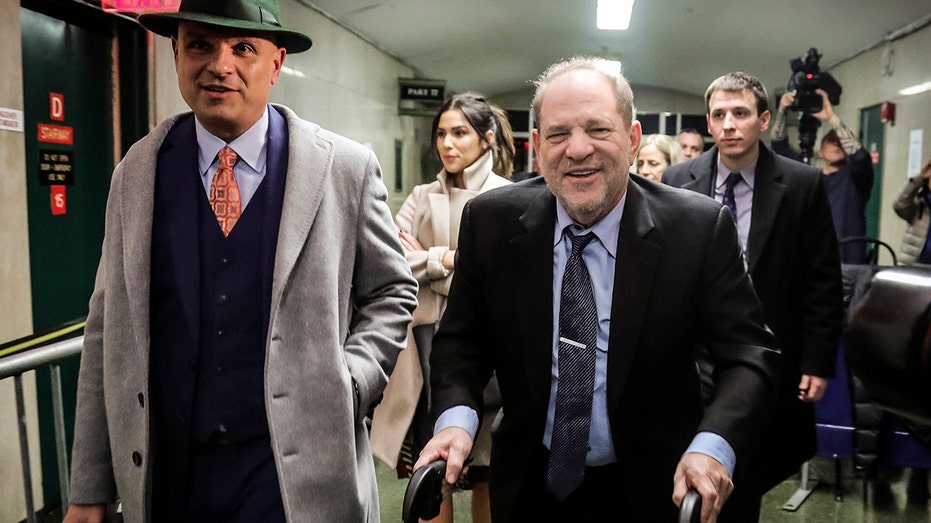 “In their universe, they are not even responsible for sitting at their computers sending emails to someone across the country," Rotunno said in remarks that went on for more than 4½ hours. “In this script the powerful man is the villain and he's so unattractive and large, that no woman would ever want to sleep with him voluntarily. Regret does not exist in this world, only regret renamed as rape.”

Assistant District Attorney Joan Illuzzi-Orbon is expected to deliver Friday's closing argument for the prosecution. She is a longtime prosecutor in the Manhattan district attorney's office and a veteran of high-profile cases and big moments.

In 2017, she won a conviction in the notorious decades-old case of Etan Patz, a child pictured on milk cartons after he disappeared in 1979. She also led the office's 2011 sex assault case against former International Monetary Fund leader Dominique Strauss-Kahn, which was ultimately dropped.

One thing jurors should expect to hear from Illuzzi in Friday's closing argument is a reminder that Weinstein didn't always look as feeble as he has during the trial. 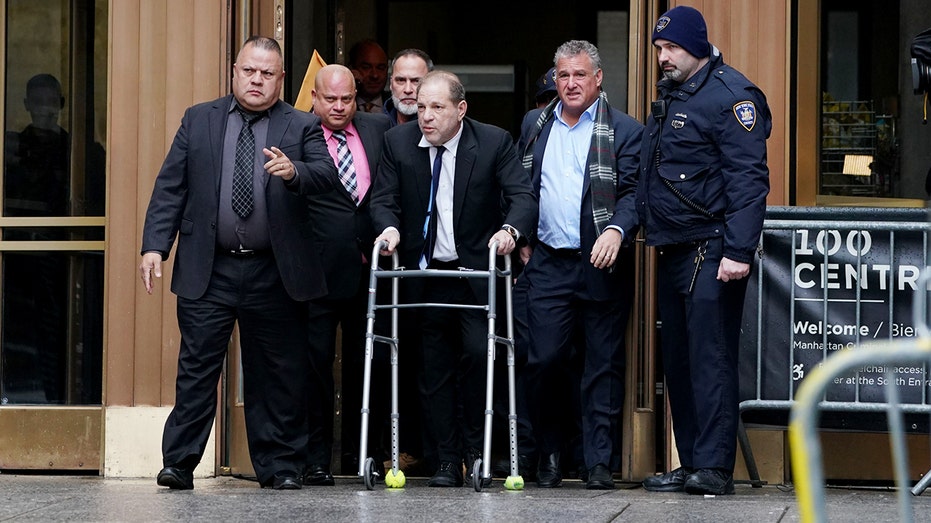 On Tuesday, after the defense rested and the jury left for the day, Weinstein’s lawyers sparred with Illuzzi over her plan to mention how his physical appearance has changed significantly since the time of the alleged assaults.

Weinstein has hobbled into court each day with a walker, parking the device behind the defense table. His lawyers say it's needed because of recent back surgery, but Illuzzi said it seemed more like a prop put there to sway jurors' sympathies.

“I'm not going to argue Mr. Weinstein does not have physical ailments right now,” Illuzzi told Judge James Burke. “But I can argue that is not the man these witnesses saw."